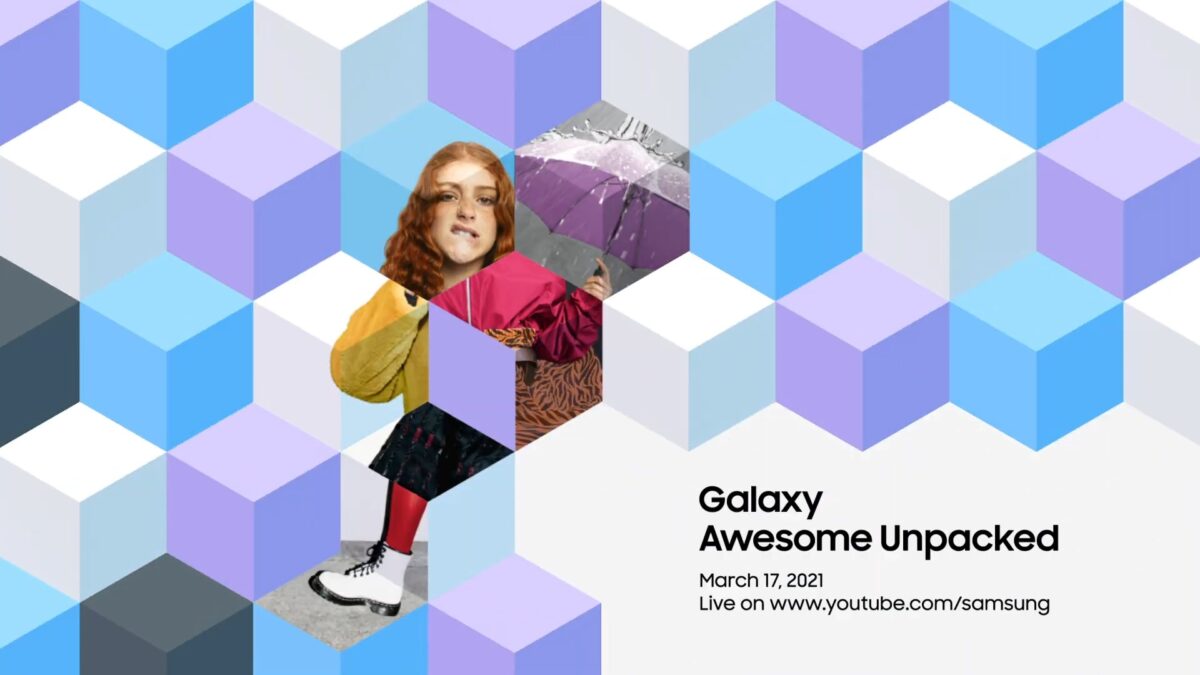 Samsung has finally announced its Galaxy Awesome Unpacked event where it will most likely unveil its upcoming mid-range smartphones, the Galaxy A52 and the Galaxy A72. The online event is set to happen on March 17, 2021, and the video will be streamed live on Samsung’s YouTube channel and Samsung Newsroom. This event’s date was leaked a few days ago when Samsung had accidentally listed the video on YouTube.

The Galaxy Awesome Unpacked will happen at 10 AM ET (8:30 PM IST or 3 PM GMT). We have already seen the design, specifications, and features of the Galaxy A52 and the Galaxy A72. Both mid-range smartphones from Samsung will come in LTE and 5G variants, and they are huge upgrades over their predecessors, the Galaxy A51 and the Galaxy A71. The only thing that remains to be seen during the event would be their pricing and availability.

Going by previous leaks, Samsung has equipped the two phones with 32MP selfie cameras on the front and 64MP+8MP+5MP+5MP quad-camera setups on the rear. The 64MP primary camera even features OIS. While both phones have IP67 certification for dust and water resistance, only the Galaxy A72 has stereo speakers. Other features include GPS, Wi-Fi b/g/n/ac, Bluetooth 5.0, NFC, USB Type-C port, and a headphone jack.