Samsung announced the Exynos 9810 in January 2018 and promised that the new chip brought significant improvements compared to its predecessor, the Exynos 8895. It was manufactured on Samsung’s second-generation 10nm FinFET fabrication process and featured a faster gigabit LTE modem with advanced image processing and machine learning functionality. 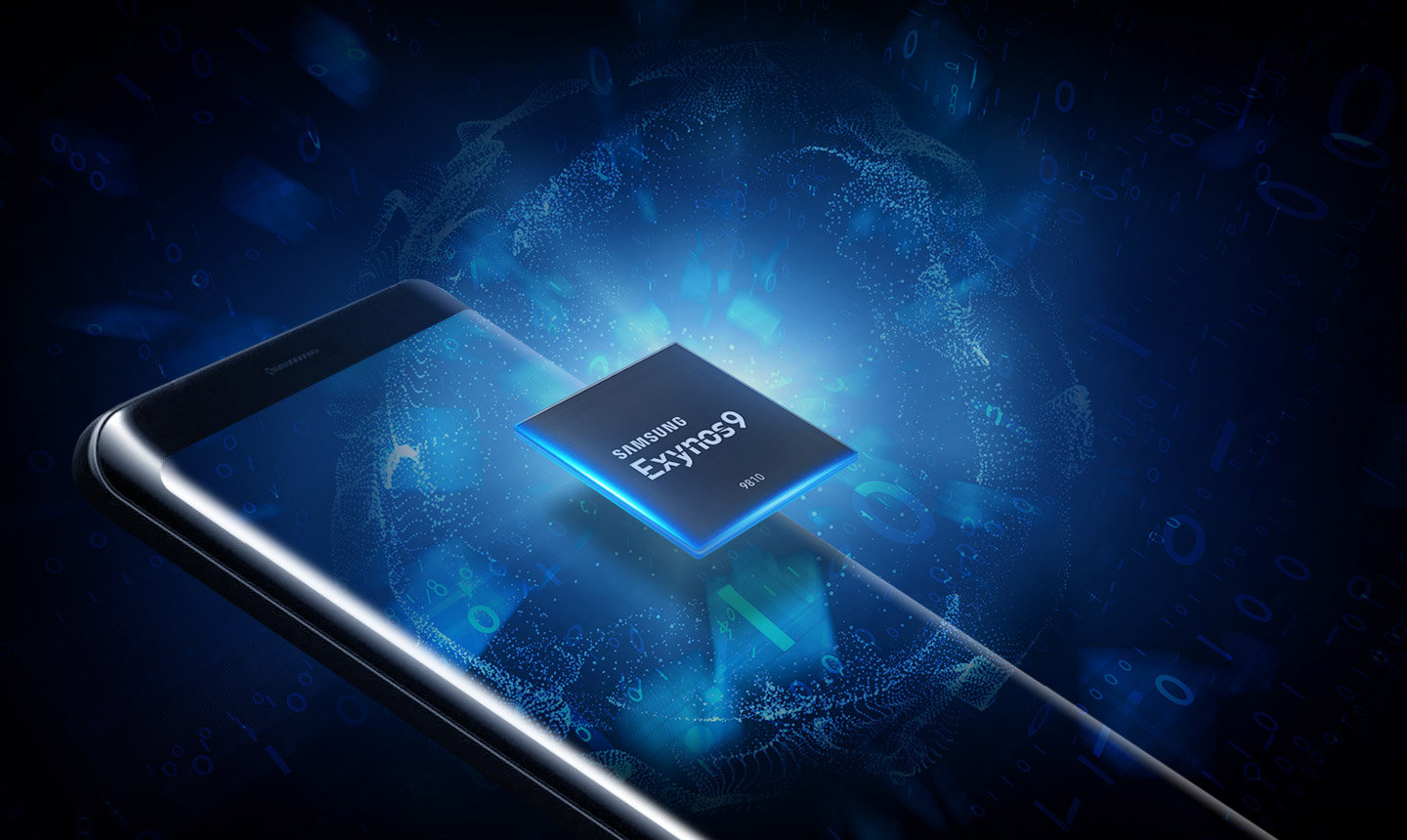 The company’s third-generation Exynos M3 custom core was front and center in this octa-core processor. Samsung claimed a two-fold increase in single-core and 40 percent increase in multi-core performance compared to the Exynos 8895.

The Exynos 9810 was embedded with the industry’s first 1.2Gbps Cat.18 LTe modem with support for up to 6x carrier aggregation for 1.2Gbps and 200Mbps downlink and uplink respectively.

The Exynos 9810 consists of four Samsung Exynos M3 custom cores that can run at up to 2.9GHz. This cluster is the one doing all of the heavy lifting. Samsung paired it with four Cortex-A55 cores that can reach a clock frequency of up 1.9GHz to handle the less resource intensive tasks.

LPDDR4x memory is supported by the Exynos 9810 with its 16-bit LPDDR4X @ 1800MHz memory controller. Smartphones with this processor were offered with up to 8GB of RAM.

The embedded modem had support for Cat.18 LTe with 6CA in order to achieve downlink and uplink speeds of 1.2Gbps and 200Mbps respectively. In order to maximize data throughput, the modem supports 4×4 MIMO and 256 QAM.

Benchmarks provide an easy way to understand just how much better a new chip is compared to its predecessor. It involves running a standard workload on the device to get a sense of its performance when the key metrics are kept consistent.

Several different aspects such as the GPU, CPU and memory are tested by benchmarking apps. Benchmarks aren’t necessarily representative of real-world performance, but they are a good yardstick to use in order to quantify the improvements. 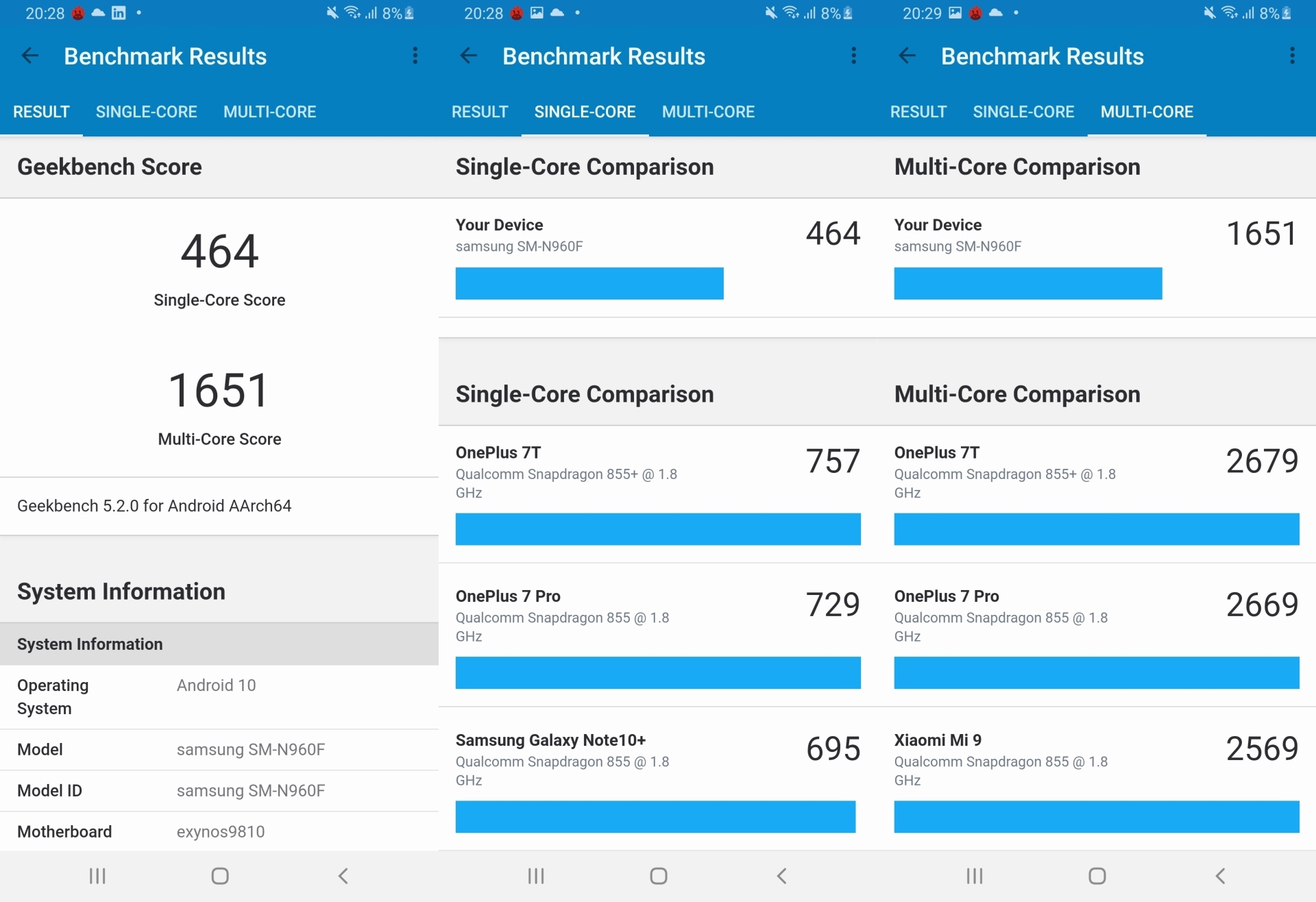 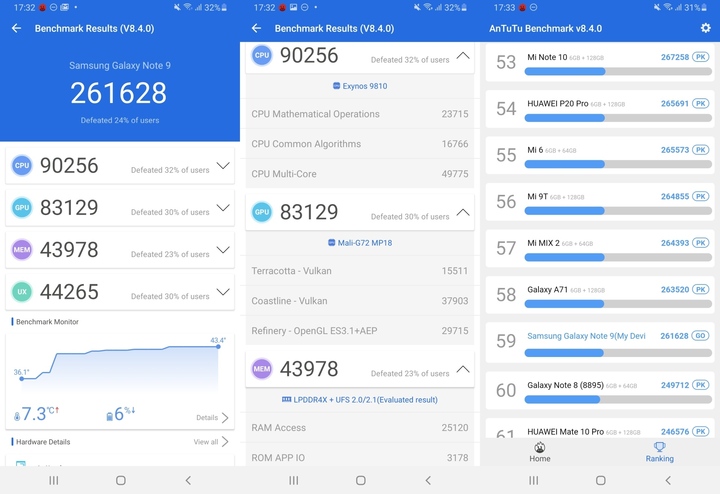 Multiple tests are part of the AnTuTu benchmark which assigns both an overall and an individual score. Our unit with the Exynos 9810 scored 261628 overall and ranked 59th on the leaderboard. 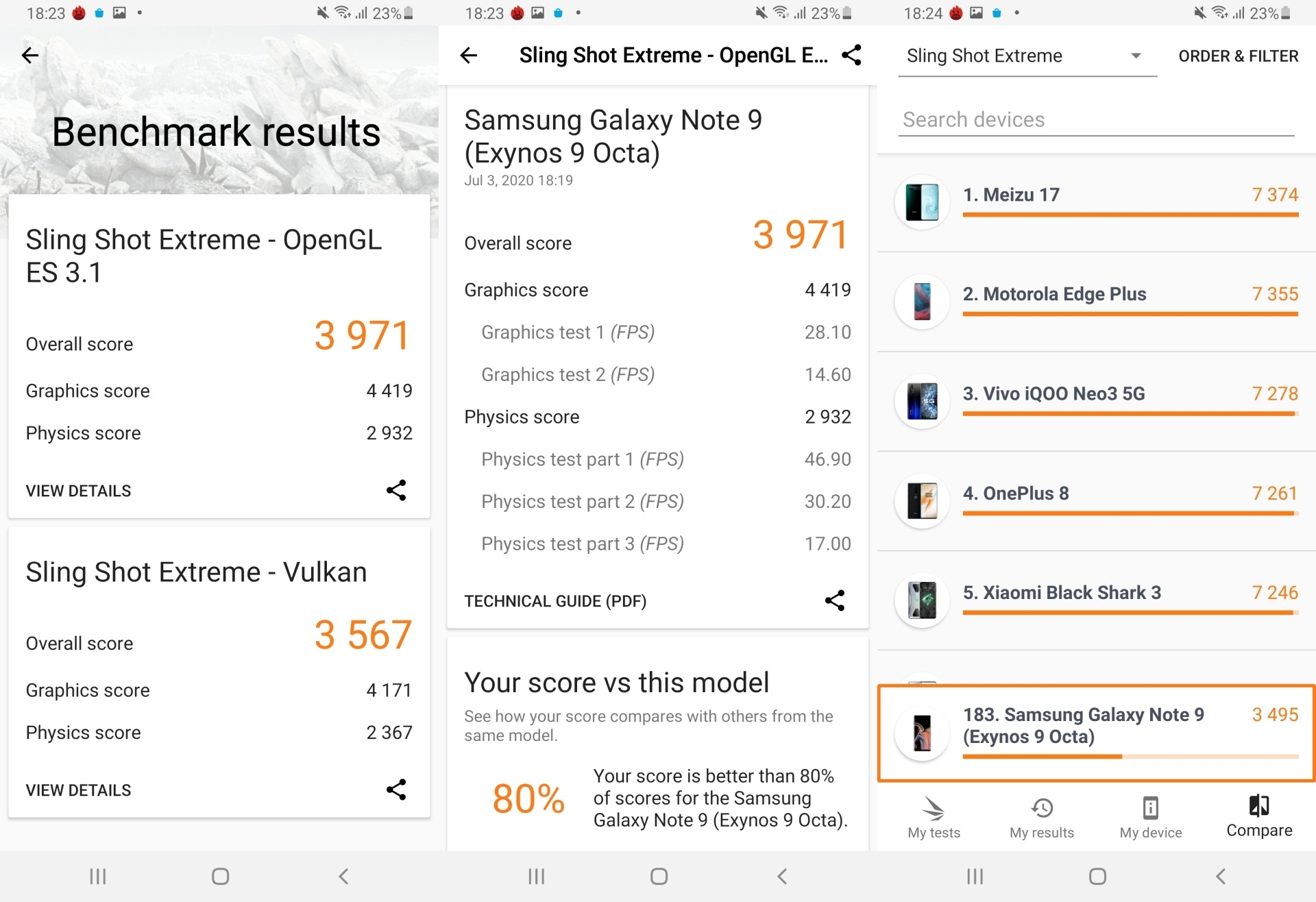 Primarily used to measure GPU and CPU performance, the 3DMark result for our unit assigned an overall score of 3971 and 3567 on Sling Shot Extreme.

The following Samsung Galaxy smartphones use the Exynos 9810 processor: