The Galaxy S9+ is an incremental upgrade to the Galaxy S8+, but the improvements it brings to the table are far more substantial than what the regular S9 offers over the S8. It is a notable device in the history of the Galaxy S flagships as it kickstarted the trend of making the Plus variants more capable – a strategy which Samsung employed even more prominently with the Galaxy S10 lineup.

The Galaxy S8+ offers just a bigger display and larger battery over the regular S8, but the S9+ changes that strategy by adding an extra camera and more RAM to the mix. With this move, Samsung effectively created a more pronounced hierarchy within the flagship variants. Choosing between the S9 and S9+, therefore, is not just a matter of display size as it now involves deciding if the additional features are worth the extra money. 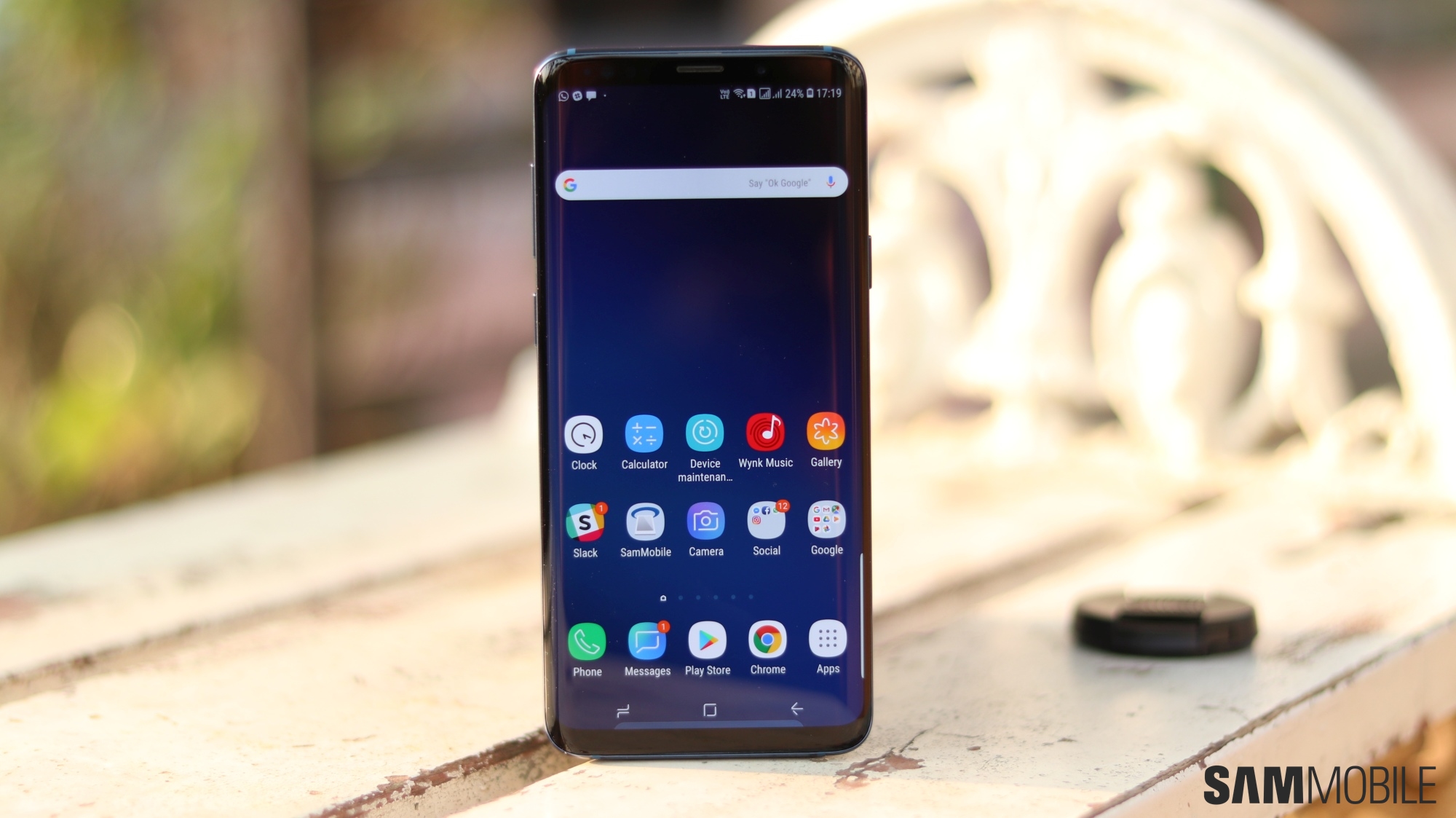 The Galaxy S8’s design was critically acclaimed and Samsung refined it even further with the Galaxy S9 series. The S9+ looks and feels similar to the Galaxy S8+ and is built using the same materials. It has Gorilla Glass 5 on the front and back with a metal frame in between. Samsung made the Galaxy S9+ slightly smaller than the S8+ by further trimming the already-slim bezels on its predecessor, and the company did so without adding any notch.

The front of the Galaxy S9+ is dominated by a large Infinity Display that curves on the sides and has small bezels on the top and the bottom. The top bezel houses an Iris scanner, ear speaker, proximity sensor, and front camera, while the bottom bezel is empty. The power button is located on the right, volume rocker and Bixby button on the left, SIM slot on the top, and a headphone jack, USB Type-C port, primary microphone, and a speaker grille are on the bottom side of the device.

On the rear side, there is a vertically-arranged dual-camera system towards the middle, a fingerprint scanner below it, and an LED flash and a heart rate sensor to their right. The back also displays Samsung branding and, depending on the market, the model name. The device measures 158.1 x 73.8 x 8.5 mm and weighs 189 grams, which is slightly thicker and heavier than its predecessor due to its enhanced durability.

Just like every other Galaxy S flagship, the Galaxy S9+ will come with either a Snapdragon or an Exynos chipset, depending on the market. The Snapdragon variant packs a Qualcomm SD845 10 nm SoC with an Adreno 630 GPU, while the Exynos model comes with an Exynos 9810 Octa 10 nm chip with Mali-G72 MP18 GPU. The device shipped with Android 8 Oreo with Samsung Experience UX 9.0, but Samsung has upgraded it to Android 9 Pie and One UI early this year. Compared to the regular S9, the Plus variant offers an additional rear camera, more RAM, bigger display, and a larger battery – all of which add up to make it meaningfully better. 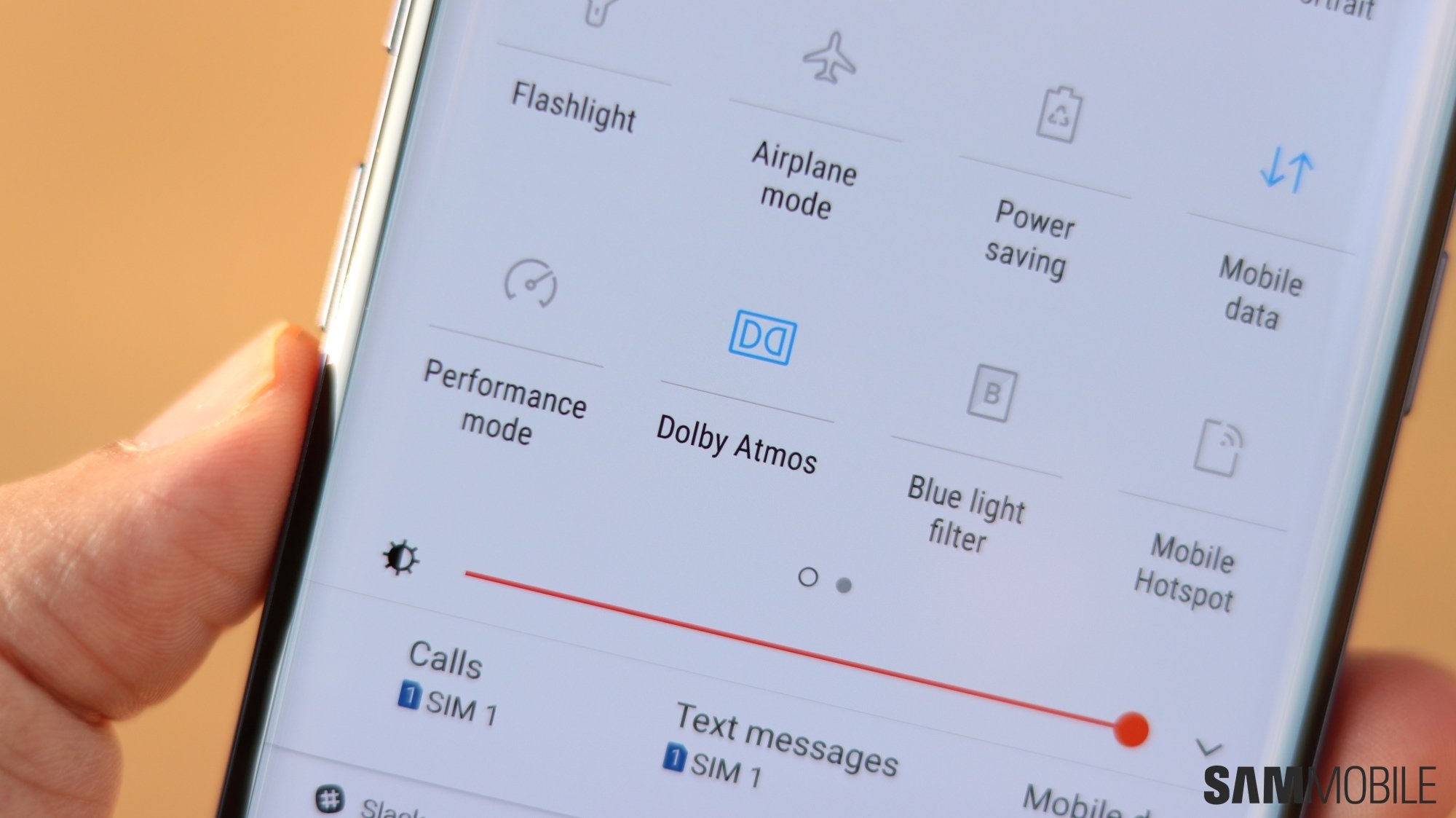 The Galaxy S9+ sports a curved 6.2-inch Quad HD+ (2960×1440) Super AMOLED Infinity display with 18.5:9 aspect ratio and Corning Gorilla Glass 5 protection. Though the S9 and S9+ have identical displays, the screen on the latter is theoretically less sharp at ~529 PPI due to its larger size without any bump in resolution. The display supports HDR content, making it ideal for media consumption.

While Samsung may not have upgraded the screen size and resolution, it did make quality improvements to the panel, which resulted in the S9/S9+ display receiving the best smartphone display tag from DisplayMate. The S9+ series held on to that rank until the launch of Samsung’s own Galaxy Note 9.

The Galaxy S9+’s biggest improvements over its predecessor and the regular S9 are in the camera department. It comes with a primary 12 MP f/1.5-2.4 Super Speed Dual Pixel sensor with Dual Aperture lens and a secondary 12 MP f/2.4 telephoto lens, making it the first Galaxy device to sport a dual-camera system. The primary camera comes with Optical Image Stabilization (OIS) and PDAF (Phase Detection Auto Focus), while the secondary shooter packs OIS and 2x optical zoom. For selfies, the Galaxy S9+ offers an 8 MP f/1.7 front camera – same as the one on the regular S9.

Though the megapixels remain unchanged, Samsung has introduced new features, along with the additional telephoto lens, to enhance the imaging capabilities of the S9+. Primary among them is the variable aperture feature that lets the rear camera adjust its aperture anywhere from f/1.5 to f/2.4 to take great pictures irrespective of the lighting conditions.

The Galaxy S9 series also introduced the AR Emoji feature, which eventually made its way into many other Galaxy smartphones. AR Emoji uses device cameras to create selfies into animated Emoji avatars that can be used in any of the messaging apps to add more fun to conversations. You can read about here AR Emoji in detail here. 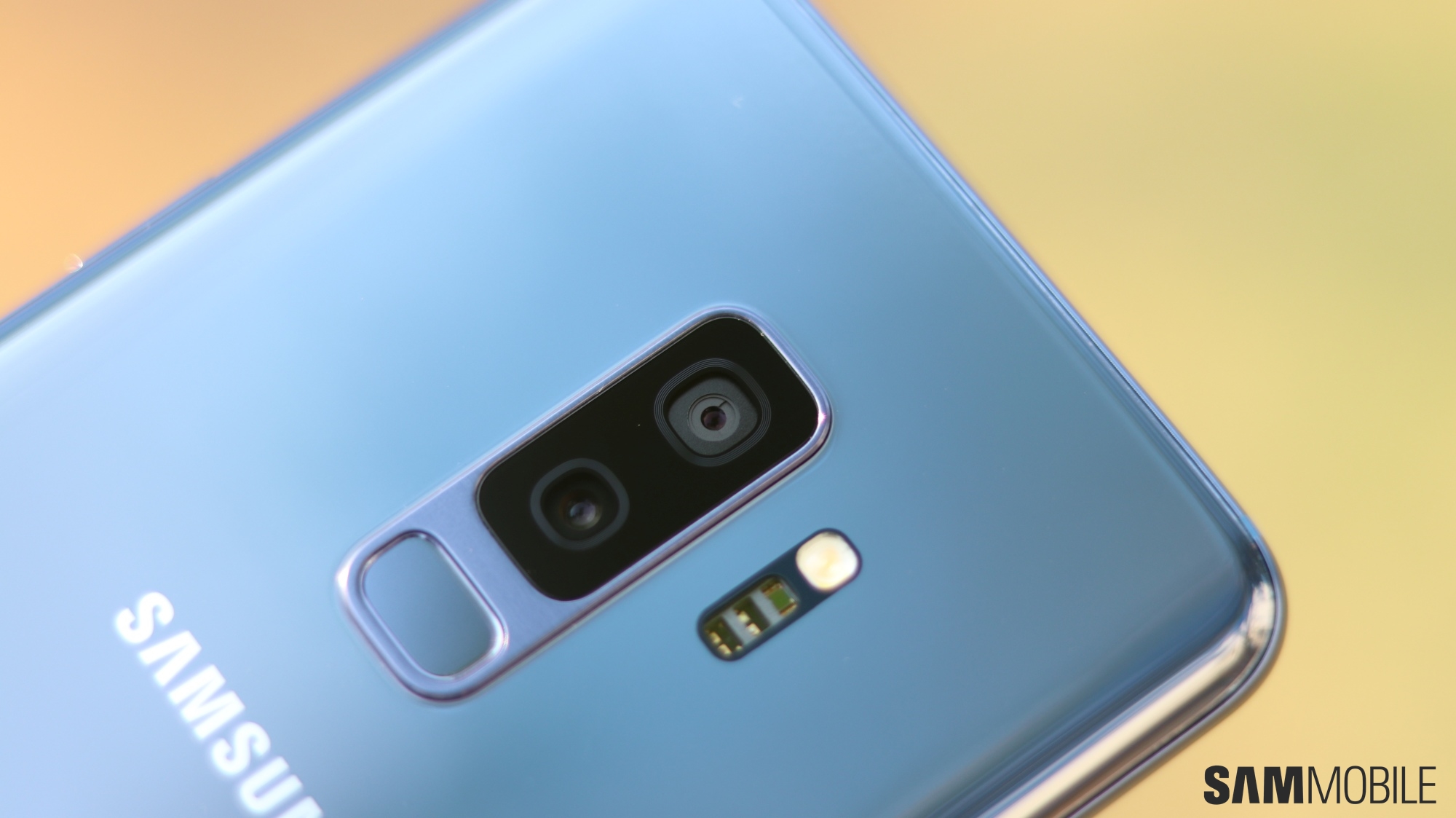 The Galaxy S9+ shipped with Android 8.0 Oreo and Samsung Experience UX 9.0. However, earlier this year, Samsung updated the Galaxy S9/S9+ to Android 9 Pie with Samsung One UI on top of it. The software experience here is standard and doesn’t offer anything exclusive. The company has recently released (availability may vary depending on the region) the March 2019 security update for the S9+, which also brought the S10’s selfie with narrow FOV feature to it.

Since Samsung releases two major Android updates for most of its flagship devices, it is safe to assume the Galaxy S9+ will get the Android Q update a few months after Google officially releases it.

Samsung announced the Galaxy S9/S9+ at the MWC 2018 in Barcelona in February last year. The devices went on sale globally in mid-March. It comes in 6GB/64GB, 6GB/128GB, and 6GB/256GB storage configurations, priced at $840, $890, and $960, respectively, for the unlocked version in the US at launch. The current prices may be much lesser since the model is more than a year old already.

It is available in Midnight Black, Coral Blue, Titanium Gray, Lilac Purple, Burgundy Red, Sunrise Gold, Ice Blue, and Polaris Blue, with some of them restricted to select markets and storage configurations. 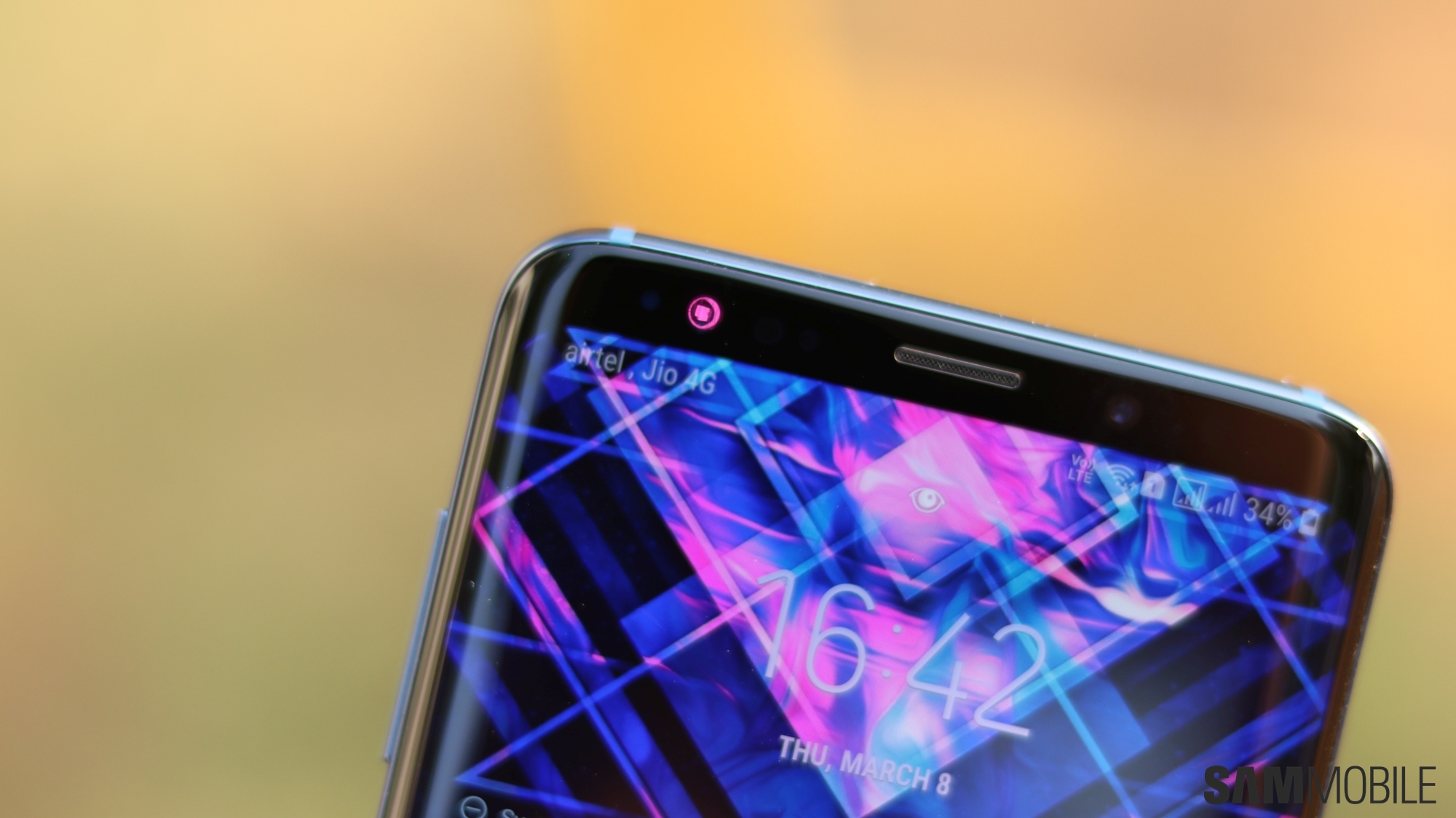 Galaxy S9+ users can download the latest firmware from our database, where we have the device firmware for all the regions and variants. You can read our coverage of the Galaxy S9+, including our in-depth review, to know more about the device updates, features, tips, deals, etc. Also, check out our posts about Android 9 Pie and Samsung One UI to know what the new updates bring to the Galaxy S9 series.

You can download firmware, Samsung APKs, and wallpapers for all Samsung devices for free from our website. We also offer optional premium plans that provide additional benefits such as expert support, faster downloads, giveaways, ad-free browsing, dark mode, etc.