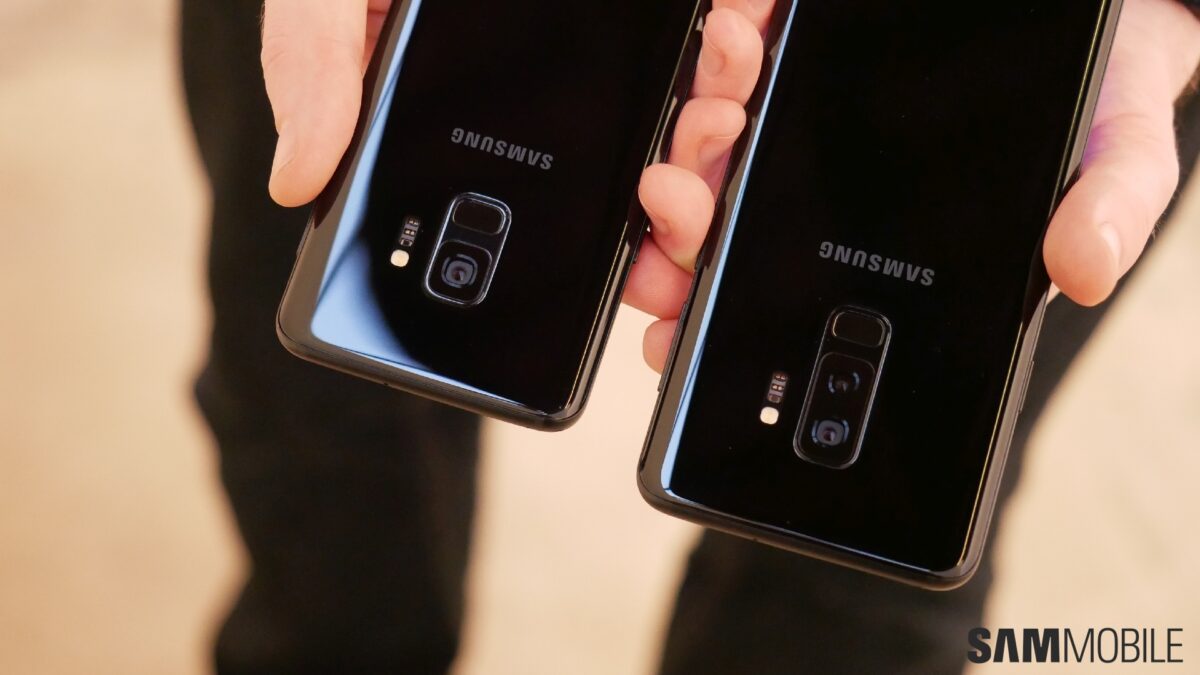 Samsung has officially announced the Galaxy S9 and the Galaxy S9+ at a special event in Barcelona today. As confirmed by numerous leaks prior to the official announcement, the new devices mostly retain the same design language of its predecessors. The most noticeable design changes are at the back of the devices in the form of a repositioned fingerprint reader and a dual camera exclusive to the Galaxy S9+.

The Galaxy S9 series focuses mainly on camera improvements along with the usual incremental spec upgrades. The new cameras come equipped with a Super Speed Dual Pixel sensor that can combine up to 12 frames into one high-quality image. The Galaxy S9 series also boasts a dual aperture lens for improved low-light performance, Super Slow-mo video capabilities, and AR-powered Emoji.

The new devices have stereo speakers tuned by AKG and support Dalby Atmos surround sound. The Galaxy S9 and Galaxy S9+ are the first devices to come with the new SmartThings app that was announced at the CES 2018 in January. Samsung’s AI assistant Bixby is also improved with new AR tricks and live translation features.

As expected, the new devices also come with the usual spec upgrades. If you’re interested, you can find the official specifications of the S9 and S9+ in the table below. You can also check our hands-on impression of the new Galaxy flagships here. For more details on these phones’ specs, check out our devices section. 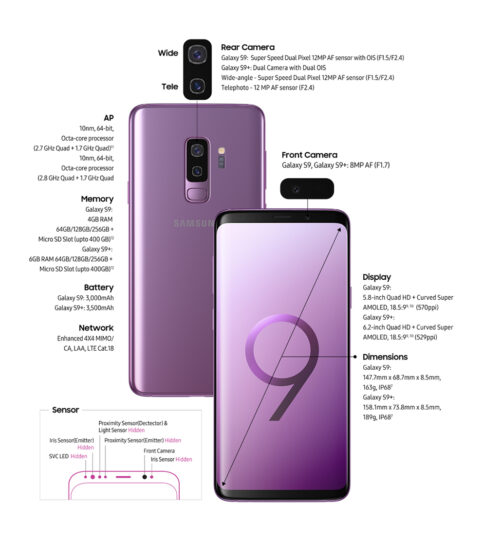