After the successful launch of the Galaxy M31, Samsung introduced the Galaxy M21 in March 2020. The new phone brings huge improvements over the Galaxy M20 in all the important aspects, including display, processing, cameras, and battery life. It now packs an AMOLED screen, a faster processor, better front and rear-facing cameras, and a higher capacity battery.

No matter which way you look at it, the Galaxy M21 is a solid mid-range phone, and anyone who wants a new phone would find a healthy mix of features for the price. Let us have a look at all the aspects of the Galaxy M21, and what features it brings. 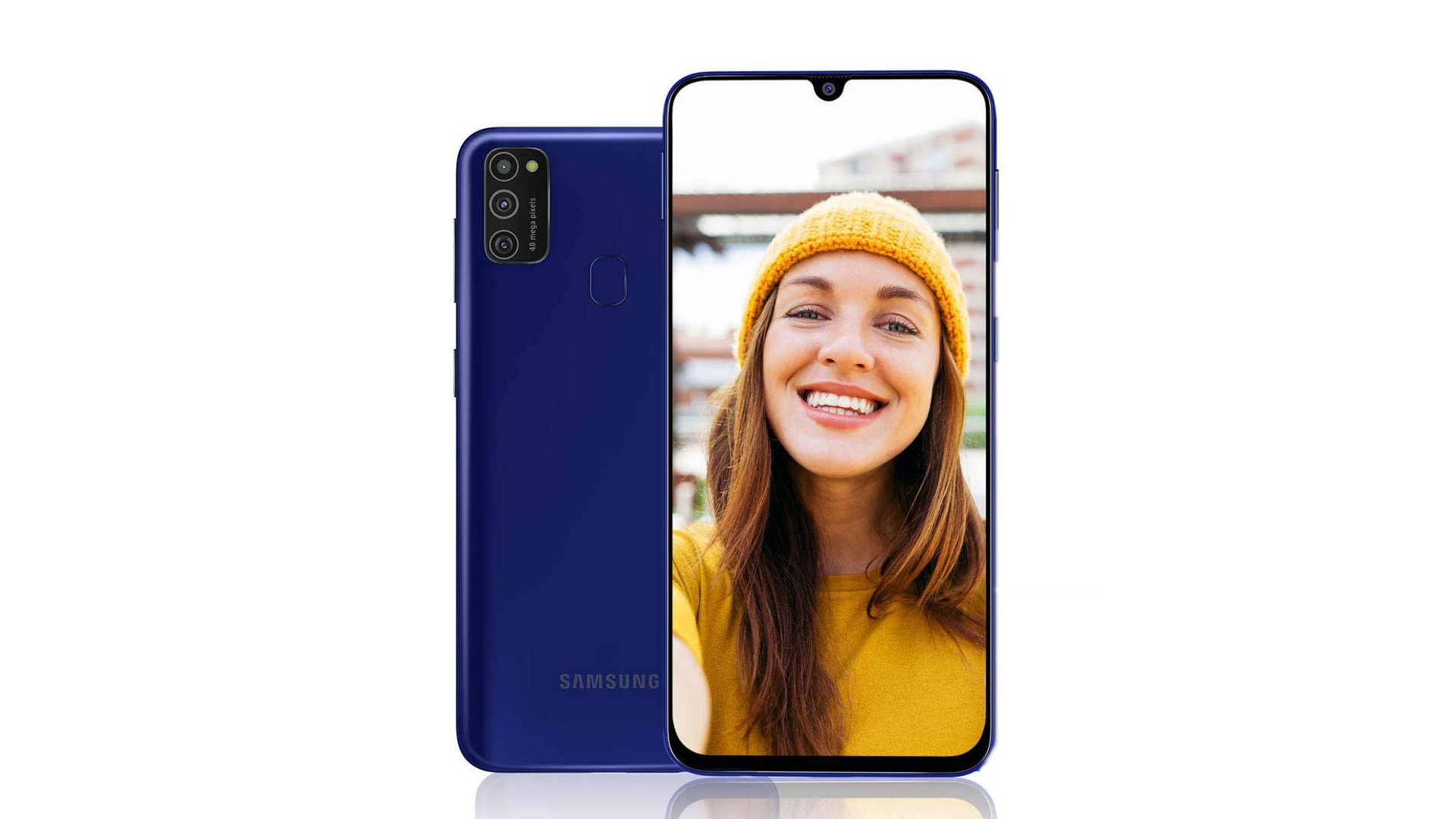 The Galaxy M21 looks much more polished compared to its predecessor. Although it still uses a plastic frame, the screen is covered by Gorilla Glass 3, which protects the screen in a better way. The shiny rear panel of the phone is made by Samsung’s ‘Glasstic’ material. There’s a capacitive fingerprint reader on the rear along with a squarish triple-camera assembly. The phone measures 159×75.1×8.9mm and weighs 188g.

The front of the phone is mostly covered by the 6.4-inch screen which has a U-shaped notch to accommodate the selfie camera. The bottom of the phone has a USB Type-C port and a 3.5mm headphone jack, while the power and volume buttons are on the right. The Galaxy M21 is available in two colors: Midnight Blue and Raven Black.

The 6.4-inch Super AMOLED Infinity-U Display has Full HD+ resolution and a peak brightness of 420 nits. It is great for browsing the web and watching videos.

Similar to the Galaxy M31, the Galaxy M21 is powered by the Exynos 9611 processor, which is made using Samsung’s 10nm LPP processor for higher power efficiency. The Galaxy M21 comes with 4GB/6GB LPDDR3 RAM and 64GB/128GB UFS 2.1 storage. There’s a dedicated microSD card slot in case the internal storage capacity isn’t sufficient as per your needs. 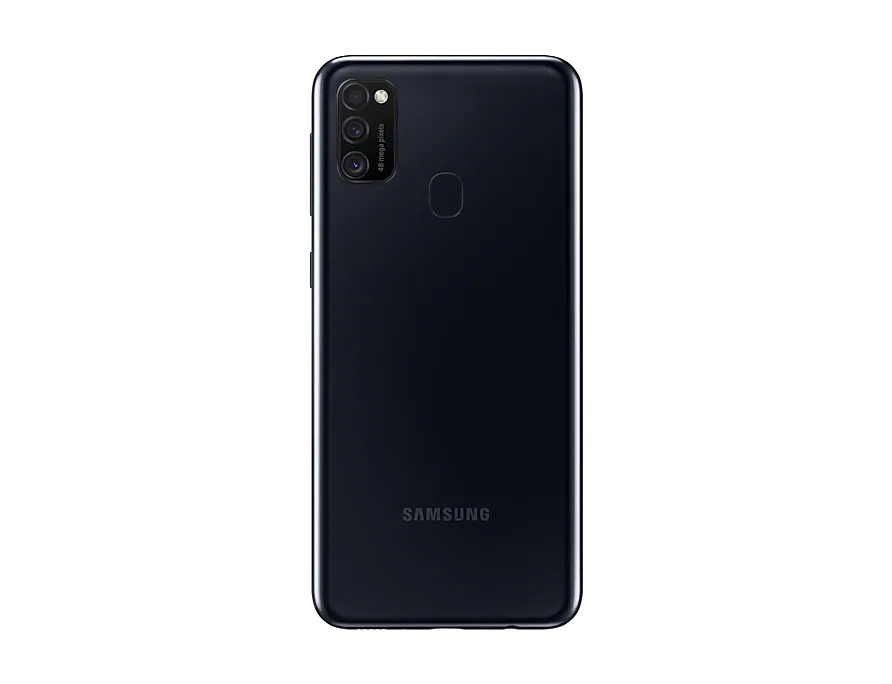 There are three cameras on the rear, a 48MP primary sensor with a wide-angle lens and autofocus, an 8MP camera with an ultrawide-angle lens, and a 5MP depth sensor. The camera can record 4K videos, too. The selfie camera uses a 20MP sensor for images, videos, and video calling.

The Galaxy M21 can capture portrait images, thanks to the 5MP depth sensor. Other camera features include HDR, panorama, ultrawide-angle videos, AR Doodle, AR Emojis, and Night Mode. The Night Mode can be used to capture brighter and clearer images during low-light conditions.

Most Samsung phones released in 2019 and 2020 come powered by high-capacity batteries, which is a welcome change compared to the past. The Galaxy M21 is no different. It is powered by a 6000mAh battery, which is good enough to last close to two days on a single charge with light to moderate use.

The Galaxy M21 runs Android 10 with One UI 2.0. However, not all One UI 2.0 features that are available on high-end phones are a part of the package. The screen recording feature is missing, but other features such as UI navigation gestures, enhanced Dark Mode, enhanced lock screen legibility, refreshed icons and color scheme, updated camera UI, enhanced permissions and notification management, redesigned Device Care section, and more.

You can read all the news and coverage related to the Galaxy M21 on our website. Apart from the specifications, features, pricing, color variants, and the launch date, you can read the review of the phone on our website.

We also have Galaxy M21 firmware files in our database so that you can download them whenever you need them. Other Galaxy M21 content that you can find on our website include free wallpapers and APK files. If you decide to subscribe to our optional premium plans, you get access to additional benefits such as ad-free browsing of our website, professional support, and faster firmware download speeds.