Unveiled on November 7, 2018, Samsung One UI is the new user interface that the company introduced with Android 9 Pie. It fundamentally changed the way we interact with the software on Samsung’s smartphones. One UI was developed from the ground up for devices with large displays, making one-handed usage easier than ever before.

The custom skin for Samsung’s Android devices is now called One UI. It replaces the Samsung Experience skin which took over from TouchWiz.

The concept behind One UI

With One UI, Samsung wanted to make it easier for users to focus on things that really matter. It wanted hardware and software to work together in harmony. That’s why the UI elements now have subtle curves to complement the rounded corners of its devices.

To make one-handed use easier, the display is split into viewing and interaction areas. This puts the controls lower down on the screen so that it’s easier to access them with just one hand. The necessary buttons appear when they’re needed and gently fade away when they’re not. Users are only shown the most essential features that are related to what they’re doing in a system app like Settings. This allows for a more fluid experience.

Samsung did an amazing job of decluttering the user interface with One UI. It looks clean and modern. Native apps like Phone and Email were also updated with a fresh new look that followed this concept.

The top features of Samsung One UI

Samsung introduced dozens of new features with One UI. Our One UI feature focus series talks about each of them in great detail. There are some noteworthy features that deserve a mention here. 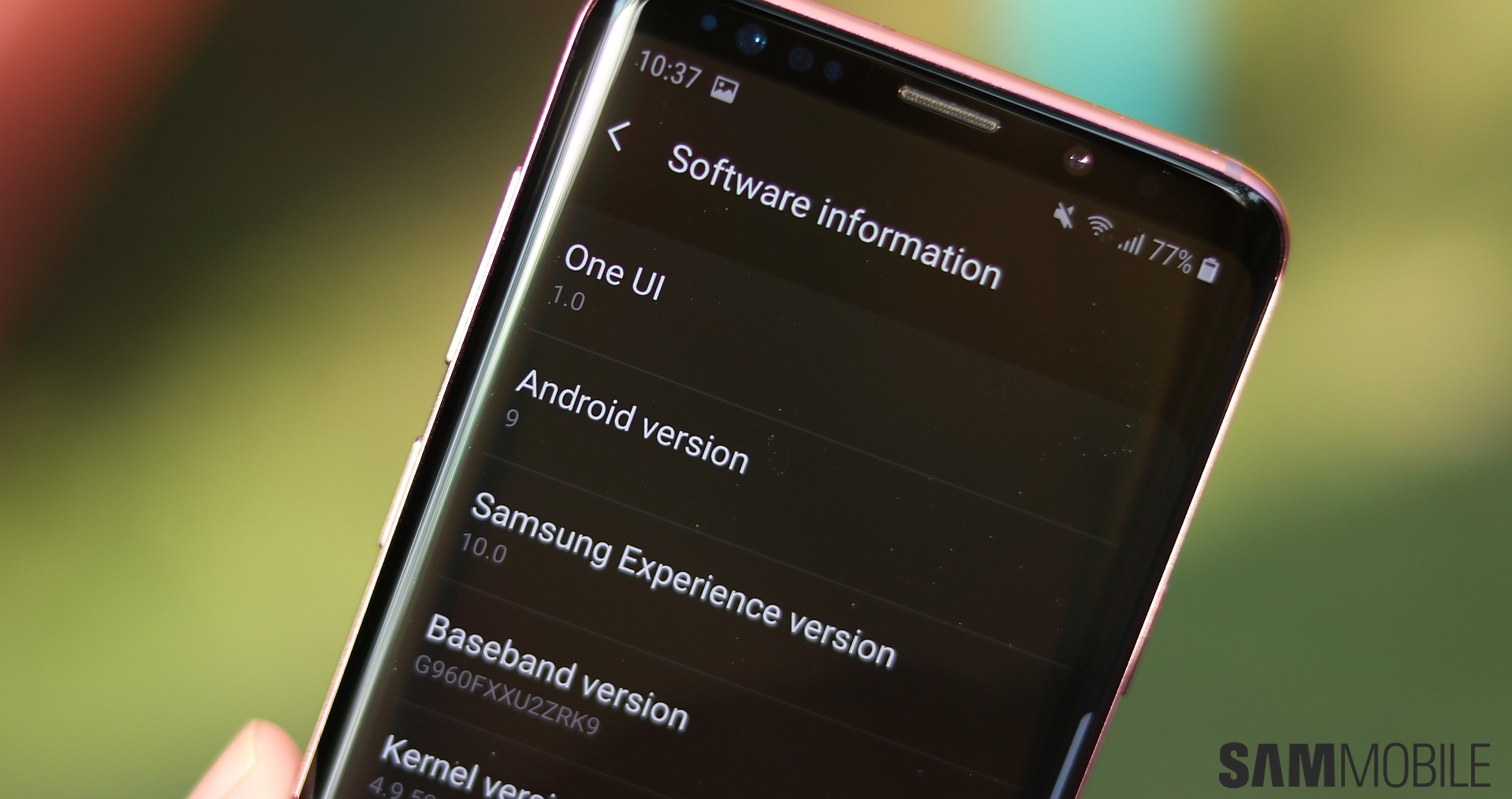 Samsung brought a system-wide Night mode for compatible devices with One UI. Google hadn’t yet made a native dark mode for Android by then. It wouldn’t do that until Android 10. Samsung decided to do one better and introduced a Night mode with the Android Pie update for its devices.

The steps to enable One UI Night mode are fairly simple. You just need to tap on the relevant option after swiping down from the top to see all of the quick toggles. That’s all there is to it. Samsung’s implementation is smarter as it also allows you to schedule the Night mode to turn on and off at specific times. You can simply go for the sunset to sunrise option to have the Night mode enabled during that period.

It’s system-wide so the dark theme is applied to all of the native apps as well. However, it doesn’t anything for third-party apps. Adding support for the dark theme in those apps remains the sole responsibility of their developers.

This was a minor addition yet one that significantly contributed to ease of use. As the name suggests, Lift to wake allows users to check their lockscreen for notifications and other information by just lifting the device and bringing it up in front of their face.

This feature is particularly useful on devices that have biometric access control options like Intelligent Scan or the iris sensor. With Lift to wake, the device starts scanning their face and/or eyes when they bring the device up to their face. It eliminates the need to press the power button to turn on the screen first. 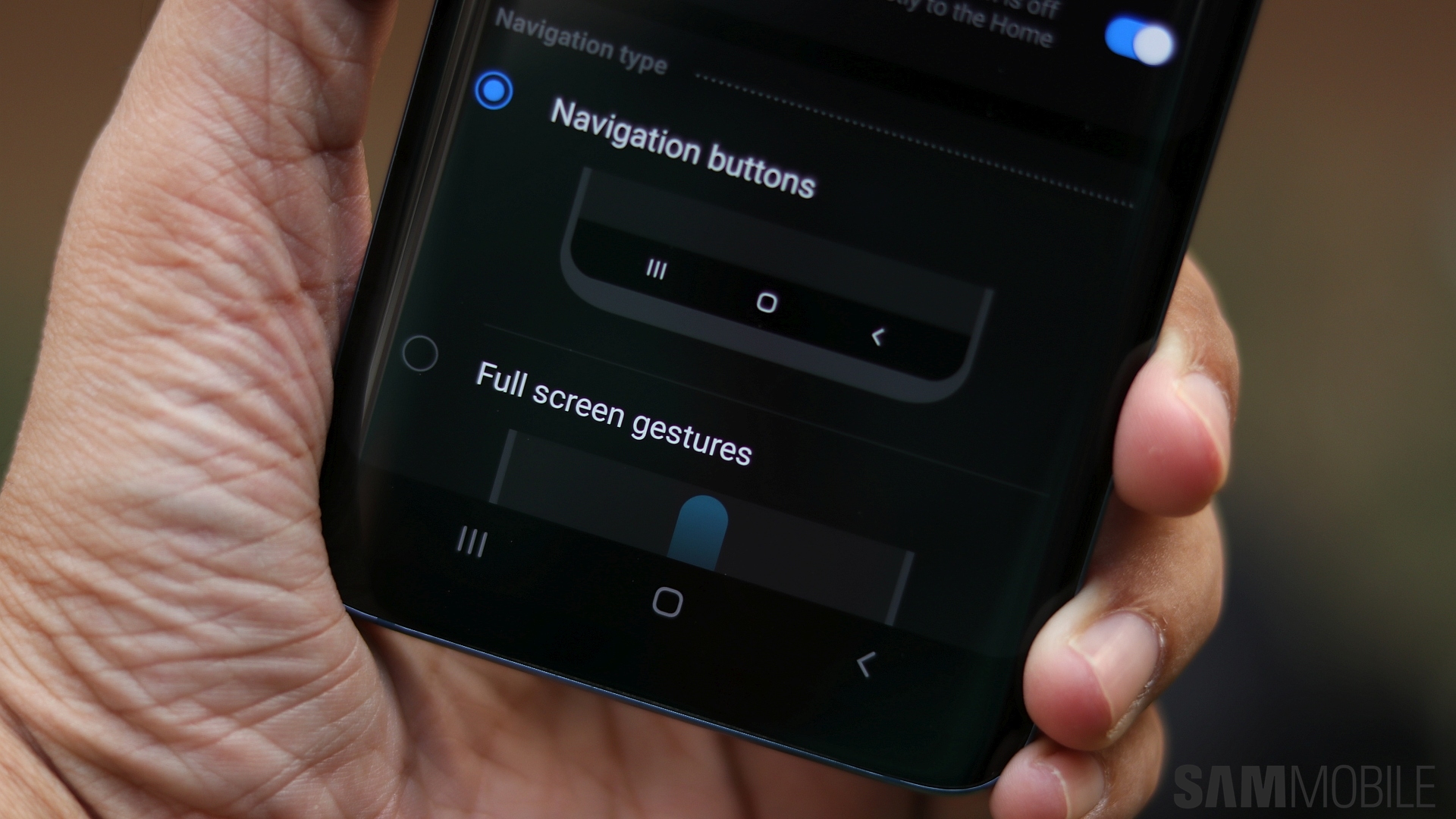 Users can simply swipe up from the bottom of the screen to go to the home screen, go back or bring up the recent apps screen. They just have to swipe up from where the relevant buttons would be placed if the navigation bar wasn’t hidden.

Samsung has gone to great lengths over the past couple of years to position its devices as the best smartphones for mobile gaming. So it was no surprise when it added a dedicated Game mode to Dolby Atmos.

Samsung’s smartphones have had Dolby Atmos support for a few years now. The dedicated Game mode for this feature improves sound effects and gaming immersiveness. It’s a minor feature but one that makes a noticeable difference when playing games.

How to get Samsung One UI

One UI is part and parcel of the Android Pie update that Samsung is rolling out for compatible devices. The Galaxy S10 series was the first to come with One UI out of the box. The new Galaxy A series released in 2019 and the Galaxy Note 10 all came with it as well. Earlier devices that were within the two-year window for major OS updates have since received it. All new devices released from here on out will feature One UI from the word go.

We have put together an extensive list of Samsung devices that have received the One UI update ever since Samsung started rolling it out in December 2018. The Galaxy S9 and Galaxy S9+ were the first handsets to receive the stable build after the beta program concluded.

One UI 5.0 is now in development

Samsung now has the One UI 5.0 update in development. This will be the next iteration of its custom skin that will be released alongside the Android 13 update. The Galaxy S22 series will likely be the first to get it.

As always, Samsung will launch a beta program for the new update before the public release. We have exclusively revealed that the One UI 5.0 beta will be launched in the third week of July with the final release set for October.

One UI 5.0 will be released for all Samsung devices that are eligible for Android 13.