Samsung had been in the business of manufacturing systems on chip (SoCs) long before it introduced the Exynos branding and started using its own chips for Galaxy devices. Based on the ARM7 CPU, the S3C44B0 was the first SoC that Samsung built and it became available in 2000. This 66MHz single-core SoC was used by toy manufacturer Mattel in its low-cost multimedia player called Juice Box. The Danger Hiptop smartphone, which was later rebranded as the T-Mobile Sidekick, also used this chip. 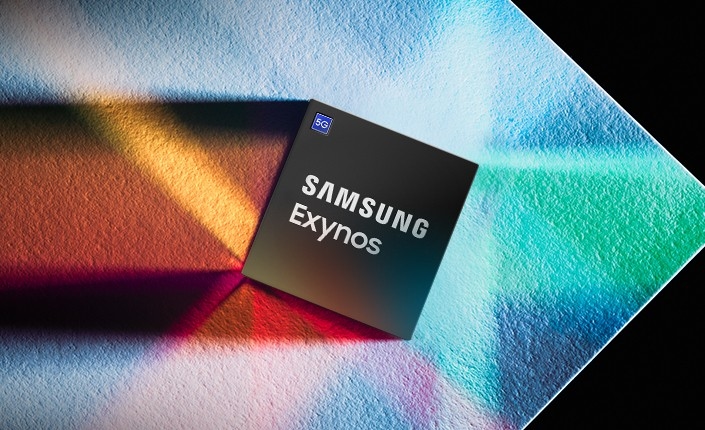 Samsung’s Exynos processors were a continuation of its earlier S3C, S5L and S5P SoCs. The Samsung Hummingbird S5PC110, later rebranded as the Exynos 3 Single, was the first SoC that Samsung launched under its Exynos brand. Introduced in 2009 with a licensed ARM Cortex-A8 CPU, the Exynos 3 Single was touted by Samsung as the industry’s first 1.0GHz mobile processor. It was manufactured using the 45nm process and coupled with a POWERVR SGX 3D graphics engine.

The company shipped this processor in the Samsung Galaxy S, it was the first Galaxy S series smartphone that was released in early 2010. It eventually made its way to other devices as well like the Samsung Wave and Wave II, Samsung Galaxy Tab and the Google Nexus S.

The following year, Samsung made the shift to multi-core processors with the Exynos 4 Dual. Also built on the 45nm process, the Exynos 4 Dual 4210 came out in 2011 with a 1.0GHz Cortex-A9 dual-core processor and Mali-400 MP4 GPU. It added new functionality such as the native triple display controller architecture which enhances multi-tasking in a multiple display environment. This feature allowed the device to support two on-device display screens while also driving an external monitor. 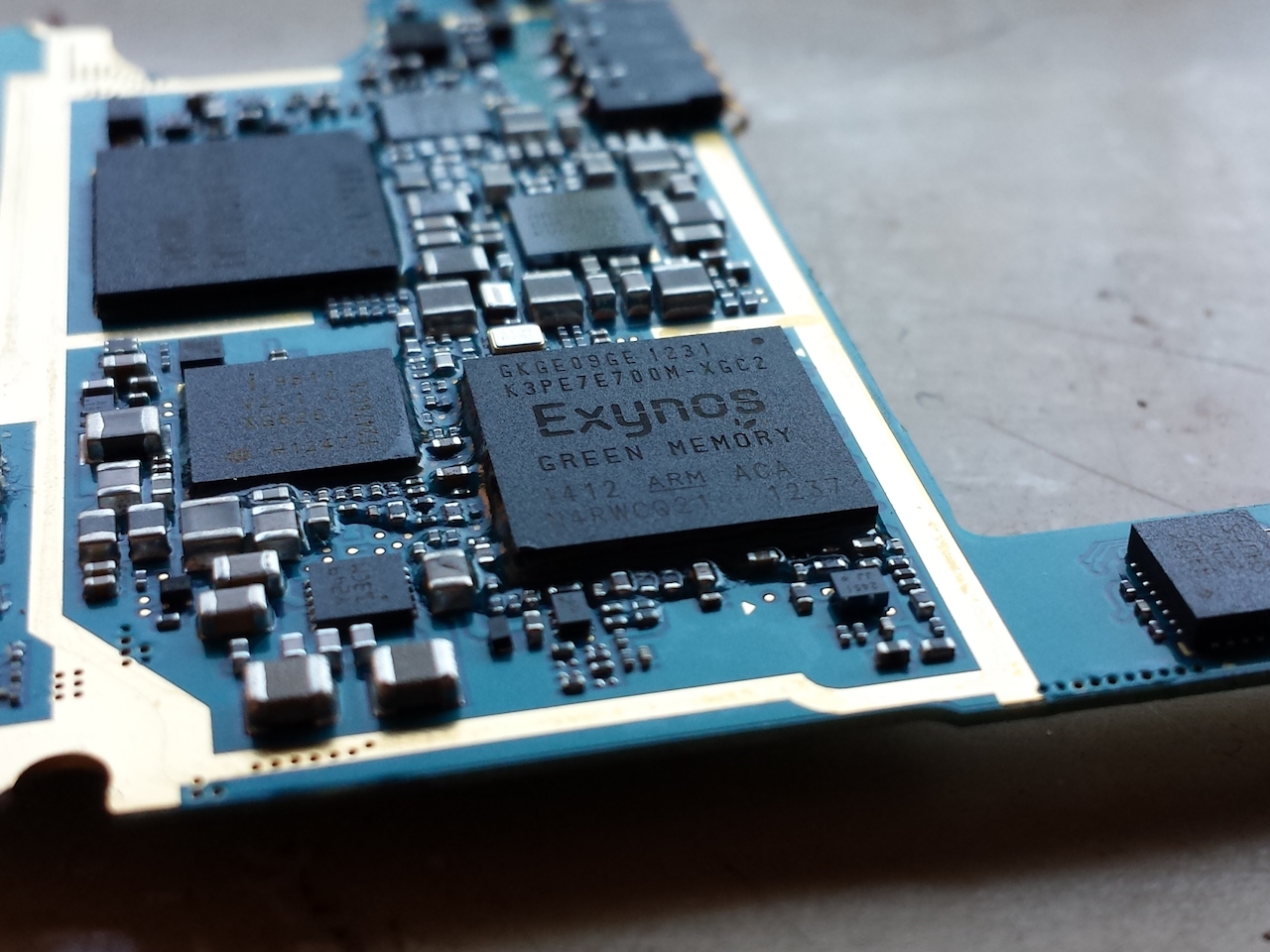 Samsung’s first quad-core Exynos processors were launched in 2012. The Exynos 4 Quad 4412 was billed as the industry’s first quad-core mobile processor. Built on the 32nm process, it featured a 1.4 ~ 1.6GHz quad-core Cortex-A9 processor with a Mali-400 MP4 GPU. It came to the market in devices like the Galaxy S3, Galaxy Note 2, Galaxy Note 10.1 and the Lenovo P700i.

2012 also brought the Exynos 5 Dual 5250, the first dual-core processor based on the ARM Cortex-A15 core. It touted WQXGA display support and was used in devices like the Samsung Chromebook, Google Nexus 10, HP Chromebook 11 and the Samsung Homesync.

Samsung brings the big.LITTLE octa-core technology to the industry

The big.LITTLE computing architecture was developed by ARM to deliver more performance with increased power efficiency. It involves coupling battery-saving LITTLE cores with more powerful and energy-intensive big cores. The architecture typically had one side – LITTLE or big – active at once but all cores were able to access the same memory regions. This meant that workloads could be easily exchanged between the sides. This multi-core processor architecture better adjusted to dynamic computing needs.

Samsung introduced the industry’s first big.LITTLE octa-core processor, the Exynos 5 Octa 5410, in 2013. It came with the Mali-T628 GPU which was powerful enough to support 3D graphics processing that was twice as fast as its predecessor. This graphics chip also had GPU Compute functionality which enables it to perform general-purpose computing to take some load off the CPU. The Galaxy S4 was the first Samsung device to feature the Exynos 5 Octa 5410.

Wanting to cement its position as a bonafide competitor in the SoC arena, Samsung started working on designing custom CPUs from scratch. It set up the Samsung Austin R&D Center (SARC) in 2010 and staffed it with chip industry veterans from the likes of Intel, AMD and ARM. Under Samsung’s LSI division, the SARC was tasked with developing high-performance, low-power complex CPU architectures and designs.

Announced in November 2015, the Exynos 8 Octa 8890 was Samsung’s first premium chipset with a custom-designed CPU and embedded LTE modem. It featured Mongoose 1 (M1) cores, the first in-house high-performance low-power ARM microarchitecture from Samsung. The company followed an aggressive 3-year design schedule for the custom CPU, with many in the industry being expressed that it went from inception to execution in a relatively short period of time.

This octa-core SoC had 4x Exynos M1 cores capable of reaching up to 2.6GHz combined in a big.LITTLE configuration with 4x Cortex-A53 cores at 1.586GHz. ARM’s Mali-T880 GPU was also employed for powerful graphics handling performance. The Galaxy S7 and Galaxy S7 edge were the first devices to ship with the Exynos 8890 followed by the ill-fated Galaxy Note 7. 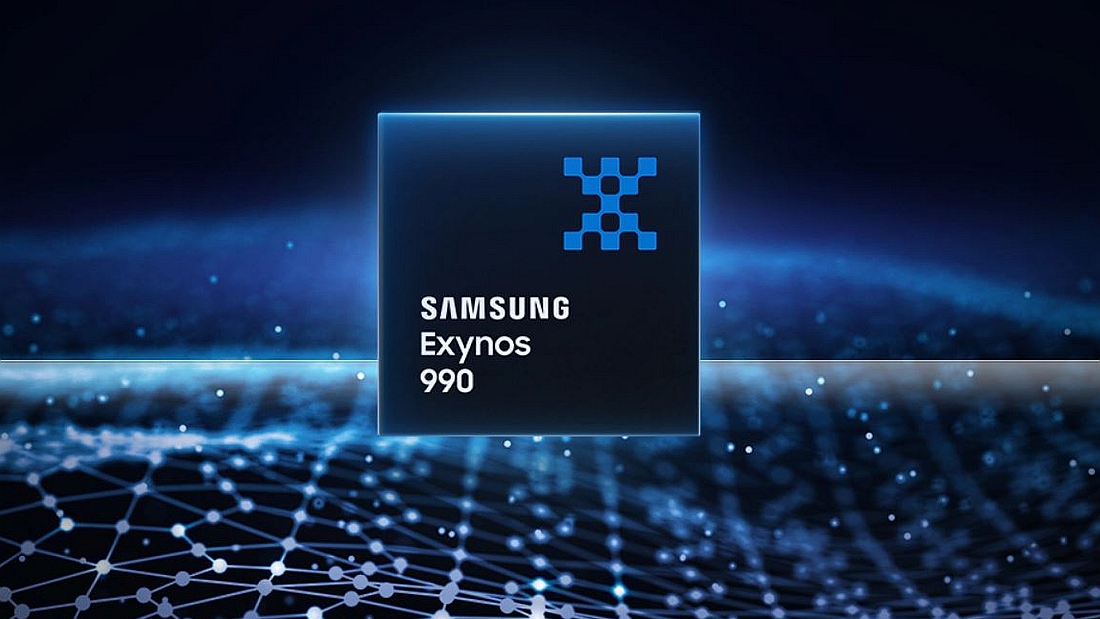 Since then, Samsung’s premium chipsets have all featured custom Mongoose cores, with the Mongoose M5 cores being the company’s latest creation. They’re are part of the Exynos 990 SoC which powers the Galaxy S20 lineup of flagship smartphones. However, there’s a good chance that the M5 will be the last custom CPU cores that we see from Samsung.

What the future holds for Exynos

The custom Mongoose CPU in Exynos SoCs has continued to struggle with energy efficiency ever since it was introduced in 2016. This has led to some less than desirable comparisons for Samsung when compared to the premium Qualcomm chip that it ships with flagship smartphones in select markets.

More recent iterations have struggled to match, let alone best, the Qualcomm counterpart in both performance and efficiency. This has let to negative customer sentiment with even Samsung’s shareholders questioning why the company continues to press on with its custom CPU work. It was reported in October 2019 that Samsung had laid off its entire CPU development team at the SARC. This was subsequently confirmed when Samsung sent a notification to the state government about laying off 290 employees working on the CPU project.

Samsung hasn’t publicly discussed its reasons for shelving the custom CPU effort but closing this performance gap might be one of the reasons. The next-generation ARMv9 architecture, which will be accompanied by new big and little CPU designs, may have contributed to Samsung’s decision to pull the plug on Mongoose. Samsung would have needed to significantly increase R&D to catch up to ARM’s aggressive design, leading to a much wider gap in performance and efficiency, one that probably couldn’t have been justified at all.

Other business reasons and a realization that the resources deployed to support this massive effort might be better spent elsewhere. This certainly doesn’t mean that Samsung will stop making Exynos SoCs altogether. It will now do what Qualcomm does and just license standard cores from ARMs and couple them with its own custom modem and NPU solutions.

There’s more to Exynos processors than just custom CPUs. Samsung’s custom GPU team continues to work in Austin and San Jose on machine learning projects in addition to those working on an in-house neural processing unit. Samsung announced a strategic partnership with AMD in 2019 to integrate its custom AMD Radeon graphics in its future Exynos processors. Samsung’s first mobile chipset with AMD graphics is expected to launch in 2021.

By licensing ARM’s next-generation CPU IP and combining it with a powerful AMD GPU and its own neural processing and AI solutions, Samsung now has a greater chance of developing Exynos processors that are better than ever before.

Looking for more information about a specific Exynos processor? Use the following list to access our detailed pages for individual Exynos SoCs.