Everything about One UI version 2.0

Samsung One UI 1.0 drastically changed the user interface on the company’s mobile devices, and that too for the better. Some great new functionality was added as part of Samsung’s custom skin for Android. The company also made some incremental updates to it with the launch of the Galaxy S10 and the Galaxy Note 10. 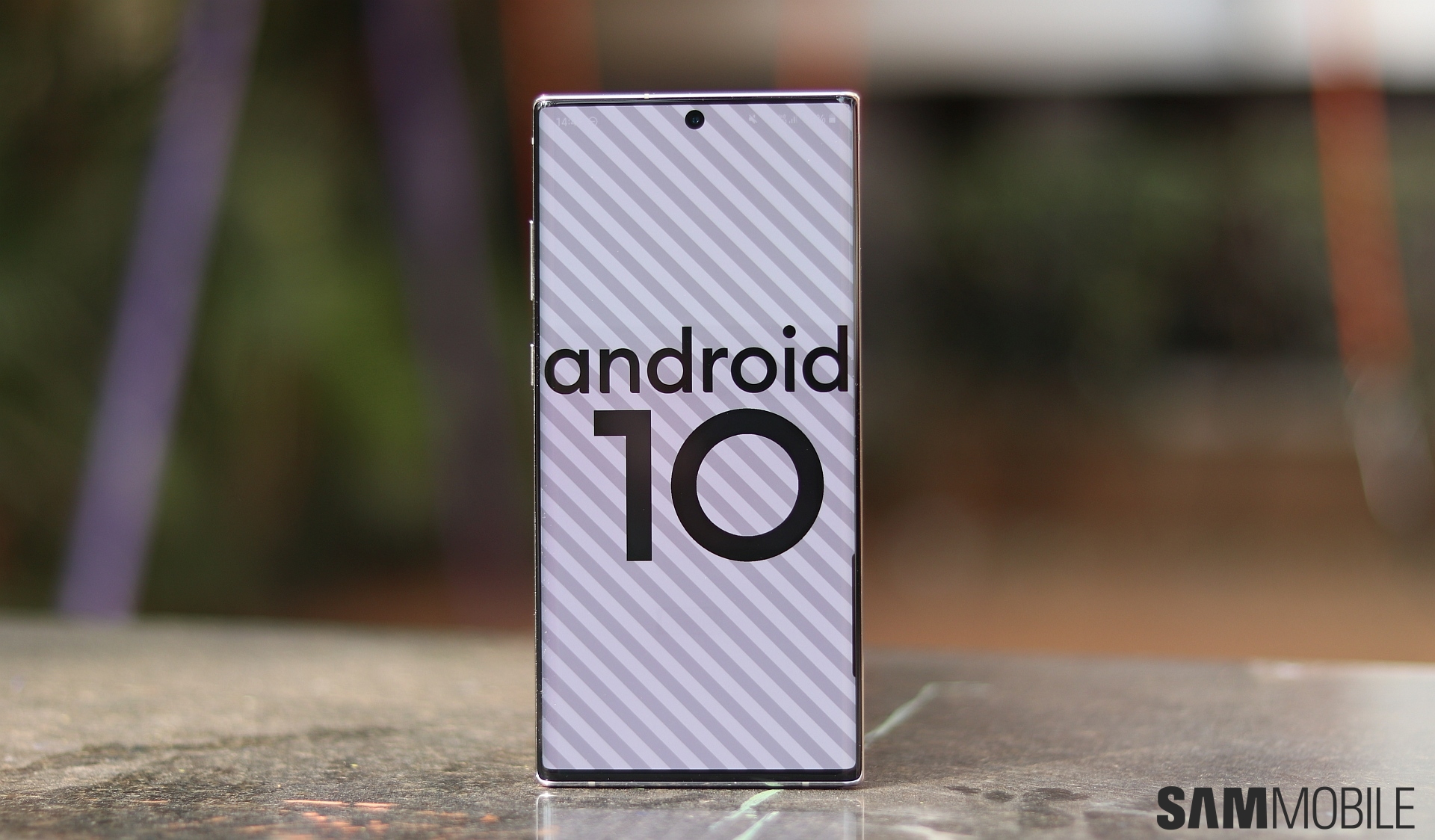 Many Samsung fans were looking forward to the first major update for One UI. It comes bundled with the Android 10 update for eligible Samsung devices. One UI 2.0 was formally unveiled on October 29, 2019 at the annual Samsung Developer Conference in San Jose, California. The beta program had actually begun almost two weeks before the announcement.

After making major changes with the first iteration of its custom skin, Samsung set about further refining the user experience with One UI 2.0. The end result is a user interface that’s simpler, more natural and visually comfortable. This update is not as feature-rich as the first iteration but everything feels a bit more polished, smoother and modern. That’s not to say that One UI 2.0 doesn’t bring any new features at all.

Samsung emphasized improving simplicity by tweaking the custom skin in a way that makes it easier for users to focus on the task at hand. Previously, if you were viewing a video in full screen and a phone call notification popped up, it would take up a significant part of the screen, thus causing an unnecessarily major distraction in your viewing experience. One UI 2.0 strips the same call notification down to its essentials so that it takes up as little screen real estate as possible in order to minimize interruptions. The same treatment was also given to the volume bar, it’s slimmer than ever before on this iteration of Samsung’s software.

It was important to provide users with a more comfortable way of interacting with the elements on the screen as displays have become significantly taller on smartphones over the years. So instead of forcing users to indulge in finger acrobatics, One UI divided the top part of the screen into a Viewing area and the bottom part into the Interaction area. 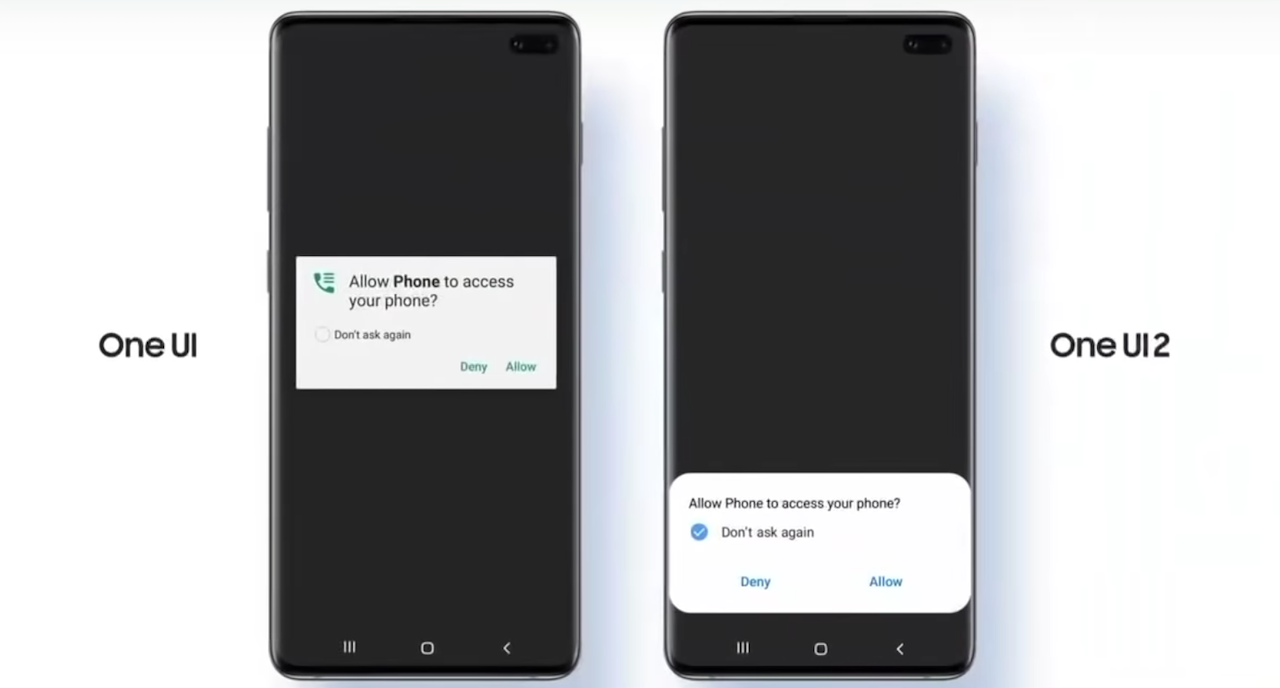 One UI 2.0 provides more information in the Viewing area for the apps being used. For example, in Messages, it shows the number of unread messages right at the top so that this crucial information is available to users at a glance. To improve reachability and comfort, Samsung also tweaked the UI so that all the items appear lower on the display, making it easy to reach them without having to stretch out the fingers. One UI 2.0 shows the default pop-ups from Android OS at the bottom of the screen instead of the middle for precisely this reason.

Making the UI easy on the eyes was one of the core design principles for One UI 2.0. To that end, Samsung expanded its system-wide Dark mode to the home screen and the lock screen, applying the darker theme to the notifications as well. Those who have a custom image set as their wallpaper need not worry about having to squint their eyes to see the lock screen clock. It will always be visible as the lock screen will analyze the tones and composition of the image to automatically find the clearest color and shadow combinations. If the clock appears in a bright area of the wallpaper, the lock screen will automatically use a darker color for contrast. A new color scheme and animations for app and system icons are included as well to improve the overall visual comfort.

Samsung also introduced several new features with One UI 2.0 that improve many of Android 10’s offerings. One UI 2.0’s built-in screen recorder offers more granular controls for audio capture and video quality compared to the native Android 10 feature. It even allows users to doodle on the screen and record audio from the microphone while recording the screen. It also improves facial recognition by requiring users to add an alternative look and to also require their eyes to be open before facial recognition unlocks the device.

One UI 2.0 beta and public release 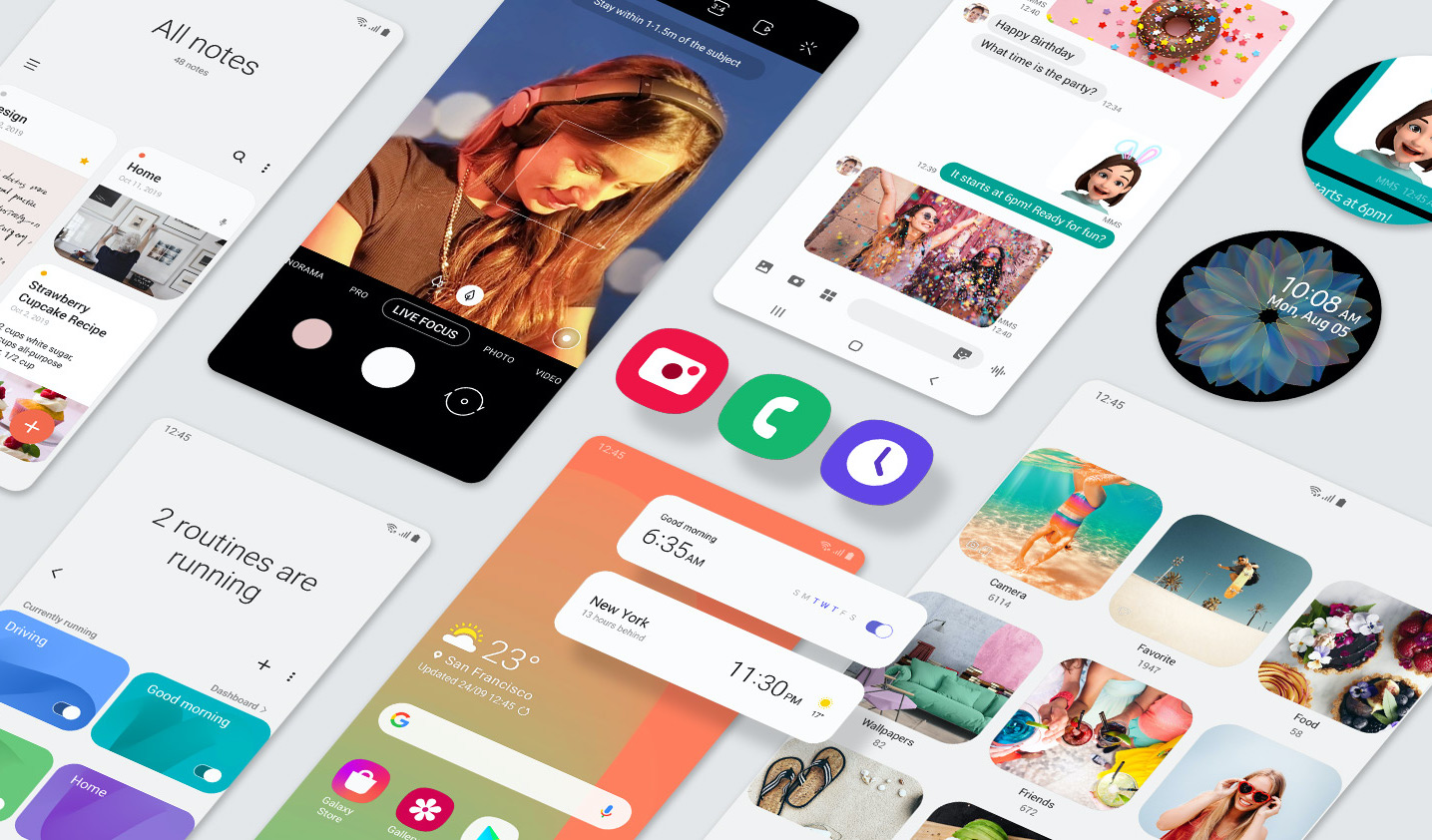 One UI 2.0 is part of the Android 10 update so it’s only going to be available on Samsung devices are eligible for Android 10. The beta program lasted for about five weeks as Samsung released the stable Android 10 update for the Galaxy S10 on November 28. The company wrapped up the beta fairly quickly and release a stable version that was largely bug-free.

There are many Samsung phones that are eligible to receive the Android 10 update and this list mentions all of them. Samsung will release the Android 10 and One UI 2.0 update for these devices gradually through 2020.