Bixby Voice is what Samsung calls the conversational element of this virtual assistant. It can be invoked with the “Hi, Bixby” hotword. There’s much that the assistant can do in response to your voice commands. You can ask it about the weather, to run a quick search on the internet and even have it tell you a joke. 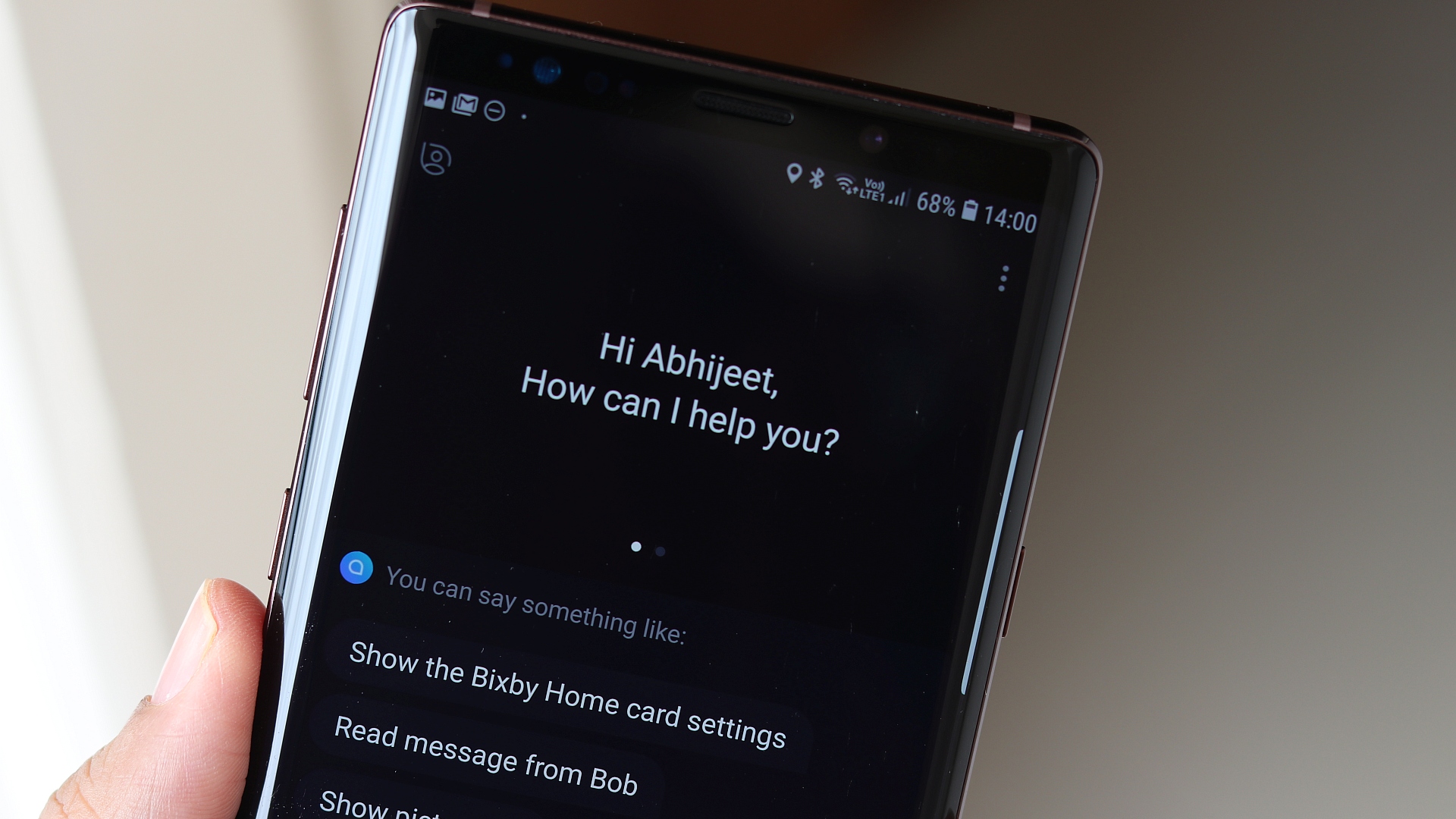 It has come a long way since the first iteration of the Assistant was unveiled a few years ago. Samsung continues to improve its virtual assistant in order to make it more useful for those who actually use Bixby on their devices.

Bixby Voice is the biggest improvement that Samsung made with Bixby 2.0. Initially, you had to say the hotword before every command but to allow for a more natural conversational experience, Samsung eliminated the need to do so in Bixby 2.0. And despite the name, Bixby Voice can also be used to interact with the AI assistant via text.

In theory, this can be useful when you might be in a noisy environment or when you may want to use the virtual assistant without nearby people hearing your commands and queries. When using text, Bixby Voice will reply in kind, without making a sound. However, given Bixby Voice’s limitations, you probably won’t want to interact with it via text in any real-life circumstances, as it will always be easier to simply enable a feature on your phone from the Quick Toggle menu rather than asking Bixby to do it for you via text.

It’s important to note that every Bixby Voice command you can issue using either voice or text is wrapped in what Samsung calls a Bixby capsule. Each capsule is essentially a set of commands related to a specific app, whether it’s first or third-party. Capsules contain all the necessary data that allows you to issue commands and interact with Samsung’s virtual assistant. Therefore, Samsung Health has its own Bixby capsule, and this is true for pretty much every Samsung app preloaded on your Galaxy device.

This means Samsung can technically improve an app’s integration with Bixby 2.0 / Bixby Voice by improving the capsule itself. It also means that Samsung was able to offer an SDK and launch Bixby Marketplace, a digital storefront where third-party developers can offer their own capsules for different apps.

Bixby Voice Is Hit And Miss Across The Board

In theory, it all sounds great. In practice, Bixby Marketplace is available only in a couple of markets, and Bixby 2.0 users outside those markets are limited to whatever Bixby capsules Samsung has developed on its own, meaning that it’s mostly integrated with first-party apps and One UI.

However, not every Samsung app or One UI element is fully integrated with Bixby Voice. For example, you can tell the assistant to take a selfie picture for you, and it will automatically launch the Camera app, switch to the front-facing sensor, and take a photo. However, when asked to take a wide/group selfie, it either gets confused and switches to the rear-facing camera, or it simply states that your command (to switch between the lenses) is not yet supported.

This is the overall feeling you’ll likely get when interacting with Bixby Voice. Some commands work as expected, others not so much. You can’t, for instance, ask Bixby Voice to check if new firmware updates are available for your device. It’s simply incapable of performing this task. Similarly, you can ask Bixby Voice to show your step count from Samsung Health, and it will manage to do so without issues. But you won’t get the same results when asking for information about your calories or water intake from the very same Health app. 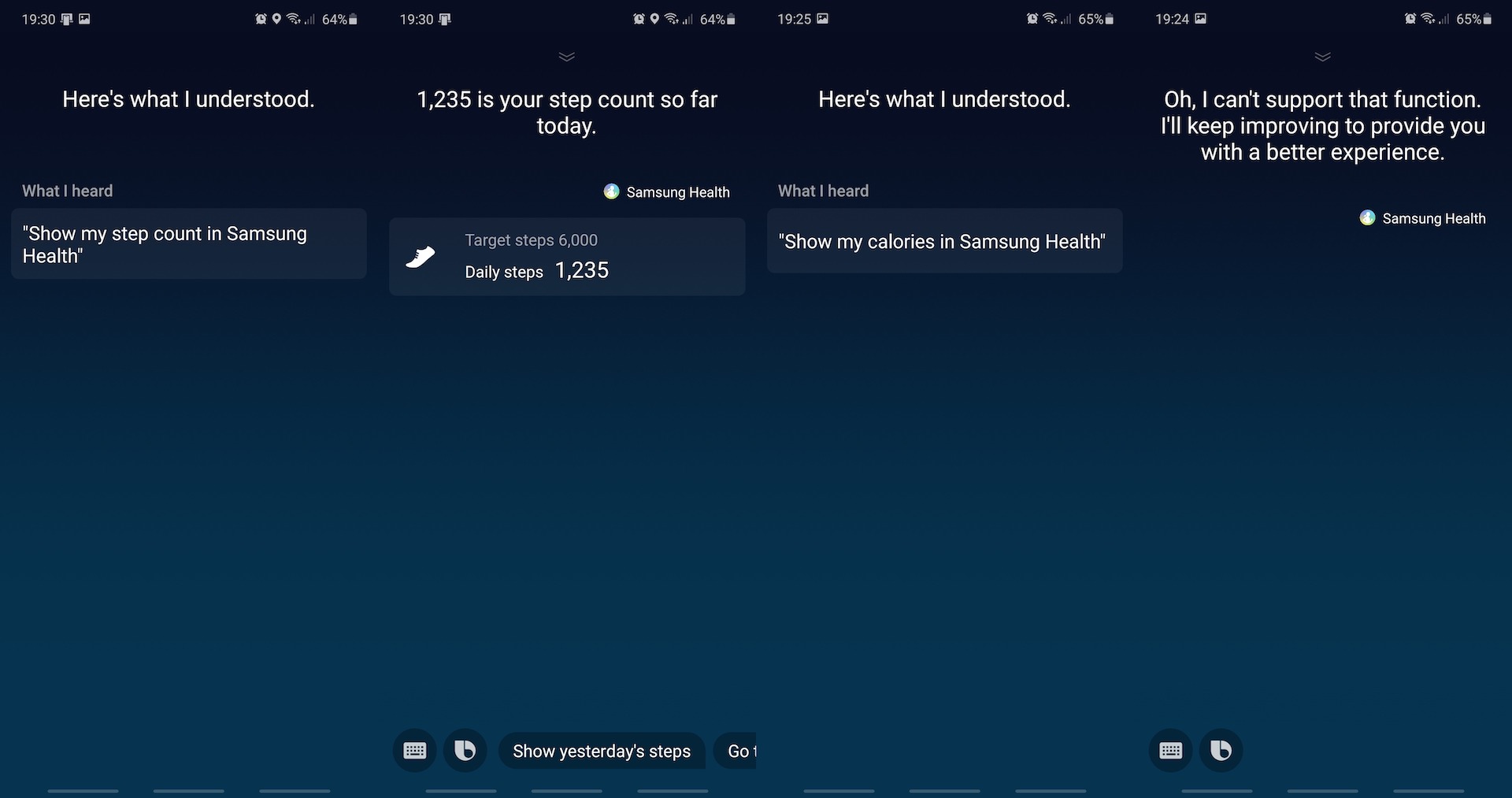 All in all, Bixby Voice understands you, but it often feels like it makes too many assumptions. It can handle light requests like turning the volume down to 50% or enabling DND/Dark Mode, but asking it to perform more complex tasks or pull information from first-party apps can lead to different results. There’s a lot of trial and error when determining what works and what doesn’t work with Bixby Voice, and you won’t be able to easily remember everything the system is or isn’t capable of.

As for third-party apps, integration is virtually non-existent without additional capsules. At best, you can manage to launch a third-party app using your voice. Whether you ask Bixby Voice to Play Netflix, or Play [show name] on Netflix, the result will almost always be the same; it will simply launch the app (sometimes it won’t) but it will not perform any additional tasks.

Evidently, there’s a lot more that needs to be improved but Samsung deserves commendation for how it has built up Bixby’s capabilities ever since it was first released. The virtual assistant does have potential so it will be interesting to see how Samsung realizes it in the years to come.