Bixby can now identify music tracks for you, like Shazam

Bixby has picked up a new trick recently: You can now ask Samsung’s virtual assistant to identify music that’s playing around you, just like Shazam. We’re not sure when this particular functionality was added, but we can confirm that it can identify both old and new songs with a good degree of success. It’s not very fast, though, and takes anywhere from 5 to 15 seconds to come up with the name of the track.

It’s also unclear which service Samsung is banking on here. We’ve asked the company and will update this article when we hear back, but it’s clearly not Shazam given the time it takes to identify a track and respond. In any case, if you want to try it out, just fire up Bixby Voice by long pressing the Bixby key or by waking it up by saying ‘Hi Bixby’, then ask ‘What track is this’ or ‘What song is this’ while the music is playing. Don’t worry if Bixby Voice also picks up some words from the song that is playing. As long as it hears your question, it will understand what you’re trying to do.

Such functionality is not limited to just Bixby. Google Search can also identify music for you and is a bit more convenient, as Google doesn’t need you to ask it to identify a track; it automatically gives you the option if it hears music playing when you tap the voice search button. Of course, Samsung may add something similar to this later on, and we hope it also improves the detection speed as it’s rather slow at the moment. 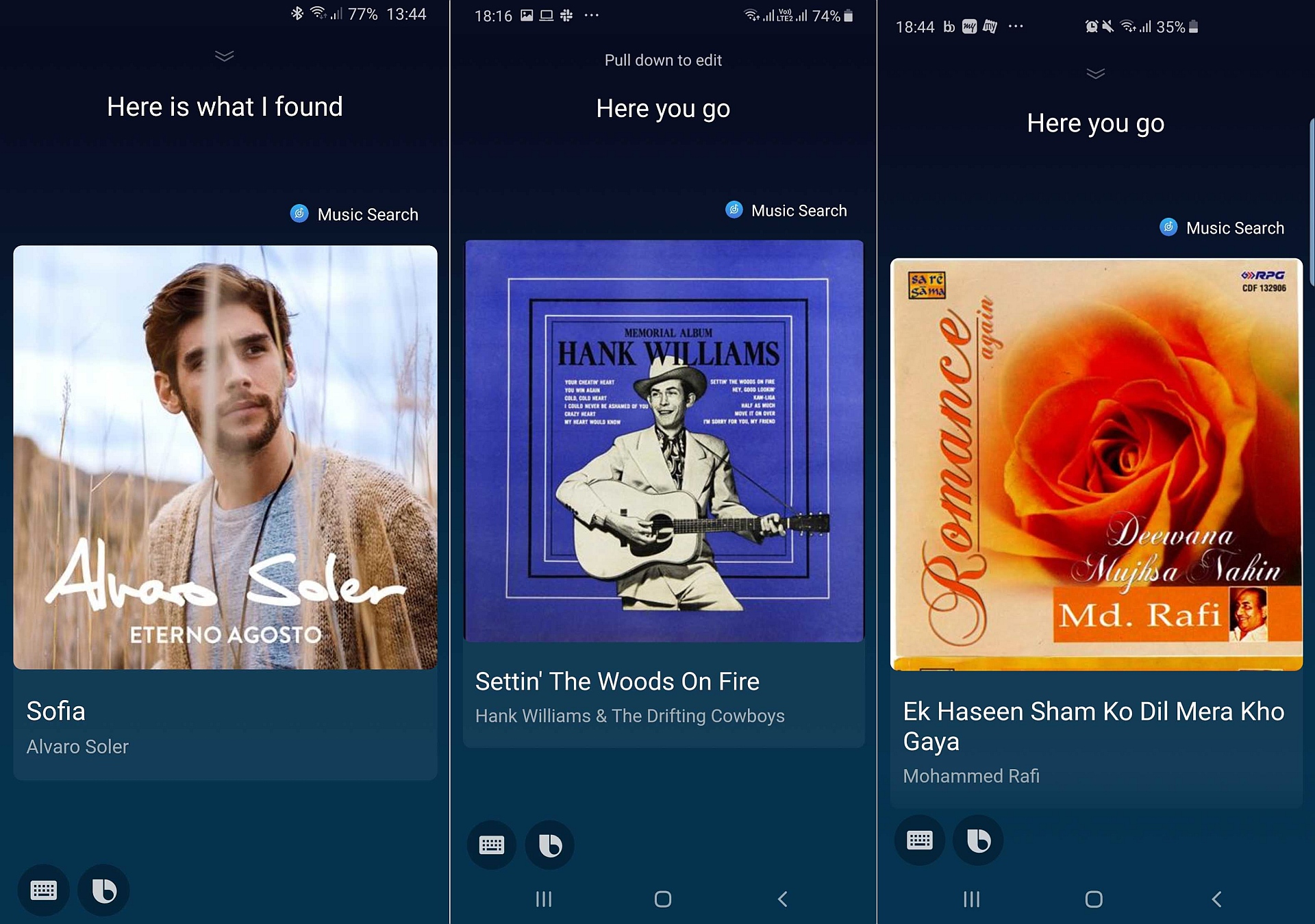 Thanks for the tip, o0MHJ0o!