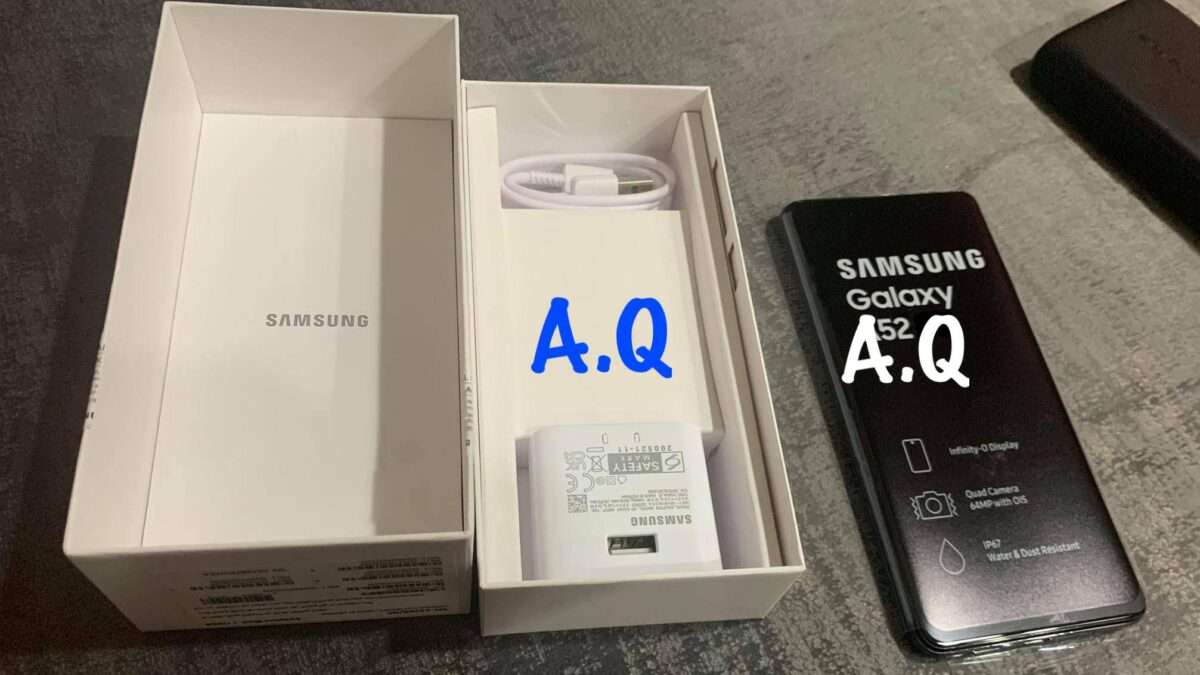 The Galaxy A50 and Galaxy A51 are two of Samsung’s most successful mid-range phones ever, so it isn’t surprising that the launch of the Galaxy A52 has quite a few people excited. Renders of the phone have already given us a look at its design, and its spec sheet has more or less been fully revealed by leaks in the past couple of months. And now, ahead of its official launch, an actual Galaxy A52 has been caught on camera.

Twitter user Ahmed Qwaider has shared multiple new images showing off the Galaxy A52 from the front and back alongside its packaging. We have to say the phone looks quite good thanks to that matte finish on the back; Samsung seems to be going for an understated design this time around, as evidenced by the lack of any sort of lines running across the back. However, nothing seems to have changed at the front, which is to be expected considering that side is covered almost entirely by the display on virtually every smartphone these days.

Water resistance confirmed for the Galaxy A52

Of course, that doesn’t mean the display won’t be better than the one on the Galaxy A51. The Galaxy A52 will support a 90Hz refresh rate (120Hz on the 5G model) for smoother animations, scrolling, and gaming, which should make for a whole world of difference in the viewing experience. Well, at least as long as the Snapdragon 720G that’s going to power the phone is able to keep up. On paper, the Snapdragon 720G is capable enough, but we are going to be a bit skeptical until we have seen the A52 in action.