The Galaxy A52 5G will bring a substantial battery upgrade

Samsung’s upcoming Galaxy A52 5G won’t have faster charging speeds but at least the battery itself will have a substantially larger capacity compared to last year’s model. The Galaxy A52 is rumored to be planned for release in 4G and 5G variants, but at least as far as the Galaxy A52 5G is concerned, it will be powered by a 4,500mAh battery which represents a 500mAh increase over the 2020 predecessor.

This information comes from China’s regulatory agency TENAA through an application that was filed by Samsung last month and brought recently to light by @_the_tech_guy. The attached photos corroborate the Galaxy A52 5G’s leaked design, but more important are the other bits of information written in text, revealing the smartphone’s battery capacity for the first time and confirming its dual-SIM capabilities, the 6.46-inch display and the 159.9 x 75.1 x 8.4 footprint.

Android 11 will be available out of the box, the listing confirms, or rather reconfirms. This detail was disclosed by a couple other regulatory agencies — Bluetooth SIG and the Wi-Fi Alliance — along with a few other connectivity-related specifications.

Samsung is seemingly preparing to bring the Galaxy A52 5G to the market soon, and it’s probably one of the more exciting Galaxy A models of the year given the popularity of the Galaxy A51 before it. As for the Galaxy A52 4G, battery details are missing but hopefully it will bring the same larger capacity as the 5G model. 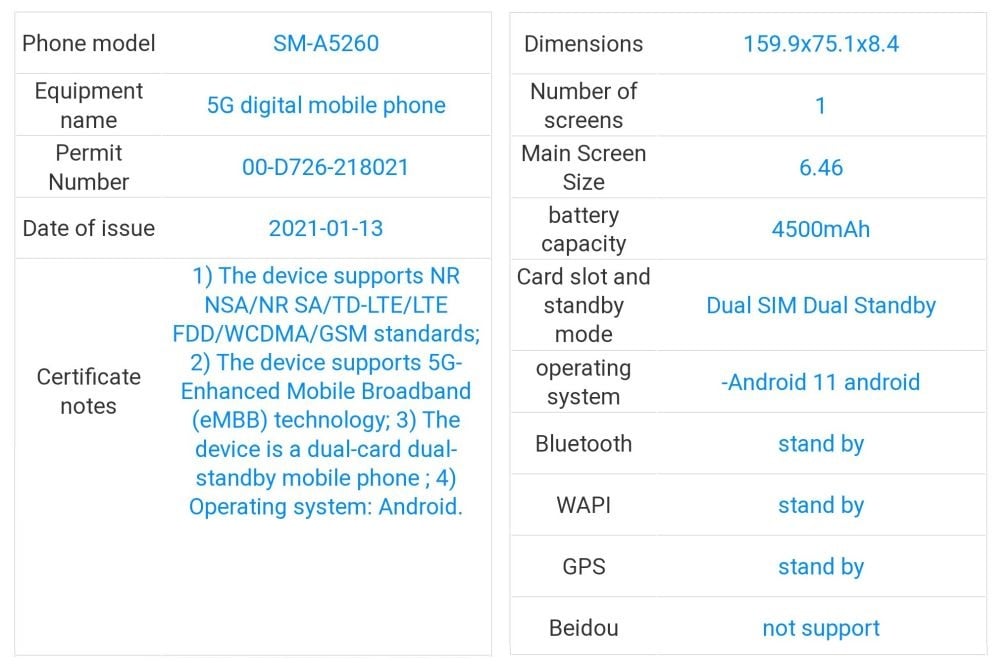 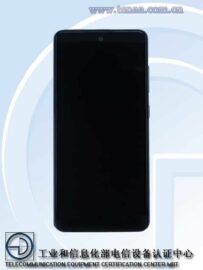 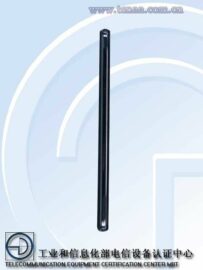