Is this the new value king? Galaxy A72 reappears ahead of launch 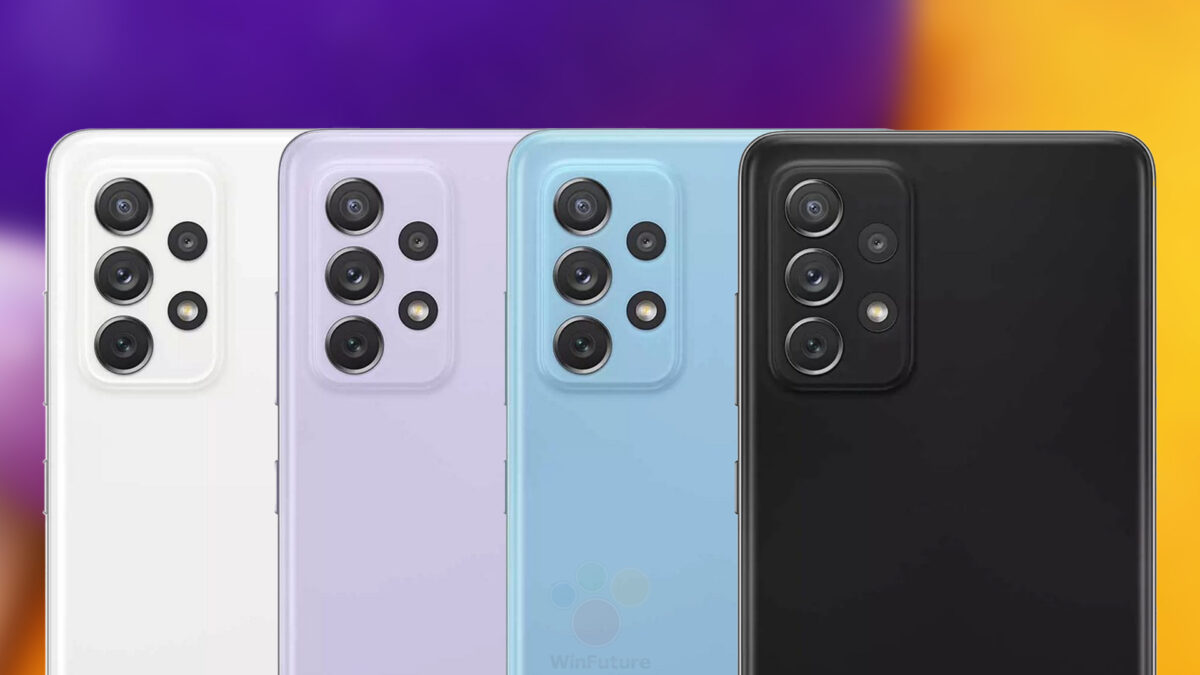 The Galaxy A72 has been sighted yet again, presumably for the last time before its official unveiling. Not that there’s much left to unveil, mind you, as today’s sighting encompasses rather official-looking press renders of four different color variants of the device.

Procured by German tech outlet WinFuture, the renders attached herein show some rather familiar-looking devices. At least if you’ve been staying on top of Samsung leaks this year.

Would you buy this over the regular Galaxy S21?

Because it was only a few weeks ago that the Galaxy A52 leaked in a similar capacity, flying the same colors as its larger counterpart is sporting in this particular scenario. Both devices are expected to launch in LTE-only and 5G-ready variants. Based on Samsung’s product track record, it’s likely at least some of these four colors will be exclusive to the 5G models.

Either way, this Galaxy A72 (5G) sighting also came bundled with a basic list of technical specifications belonging to the smartphone. We reported on those already – even broke some major Galaxy A72 news, ourselves – but just to reiterate: the smartphone will offer a 6.7-inch display with an FHD+ (2,400 x 1,080) resolution and a 90Hz refresh rate, on top of the Snapdragon 720G, a 5,000mAh battery, IP67-certified resistance to the elements, headphone jack, microSD card slot, USB Type-C, and an 8-megapixel selfie camera sitting inside an Infinity-O screen cutout. Situated on the opposite end will be a quad-camera setup consisting of a 64-megapixel main camera, a 12-megapixel wide-angle module, an 8-megapixel telephoto shooter, and a 2-megapixel macro lens (aka, the one you’ll forget about).

The Galaxy A72 is expected to launch in two memory configurations: 6GB/128GB and 8GB/256GB. The more affordable model will retail at roughly €450 ($545) in Europe, depending on country-specific VAT rates. As for the actual announcement, Samsung’s ostensibly slated to unveil both the Galaxy A52 and Galaxy A72 by the end of the month.