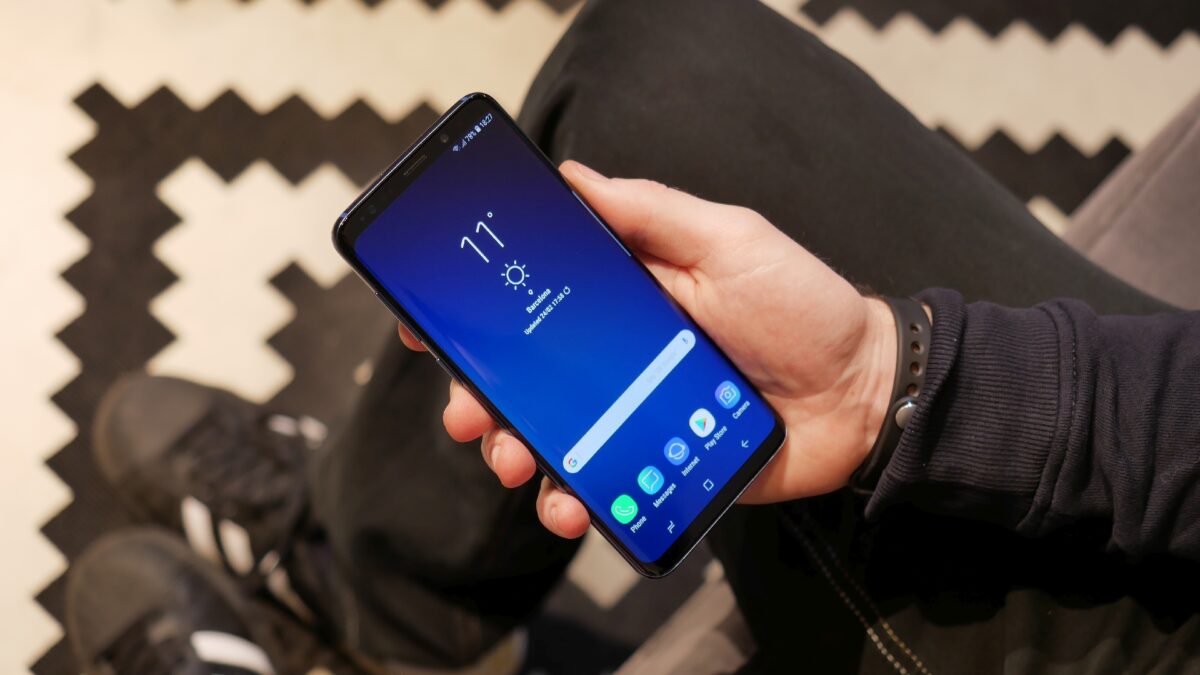 Allow me to start by saying that I have always been a loyal Samsung fan. The whole reason why I started SamMobile is that I liked what the company did and how it strived for innovation in both hardware and software. It used to be evident that Samsung wanted to raise the bar for the competition and thus quickly brought new technologies to market. It’s not really doing that anymore and with Chinese manufacturers ramping up the competition, I’m starting to worry.

Consider this: Samsung can be credited with kickstarting the curved display renaissance with the Galaxy Note Edge which was launched in 2014. Granted, it was a limited edition concept device with a single curved edge, but it announced to the world that Samsung had the technological prowess to develop displays that seemed to effortlessly flow off of the side.

The company didn’t take long to introduce an improved version of its curved display. It launched the Galaxy S6 and Galaxy S6 edge only a few months later in early 2015 and the latter had a dual-edge curved display that was unlike anything found on the market back then. Samsung had initially thought that customers might prefer the Galaxy S6 over the Galaxy S6 edge because the latter was priced higher but even it was caught by surprise when the market exhibited an immense demand for the model with the curved display. It was what drove people to purchase Samsung’s new flagship as the company as no other major manufacturer was offering such a device.

The following year, Samsung further refined the display for the Galaxy S7 edge but by then curved panels were commonplace and some players had moved on to blaze another trail. Xiaomi introduced the Mi Mix in 2016 which had a taller 17:9 aspect ratio display and very slim bezels. The device had an 83.6 percent screen-to-body ratio which wasn’t the norm at that point in time. Obscure smartphone manufacturers like Sharp had also jumped on the bandwagon but Samsung made us wait until 2017 when it introduced the 18.5:9 aspect ratio bezel-less Infinity Display with the Galaxy S8 and the Galaxy S8+, the 6.2-inch model boasted a screen-to-body ratio of 84 percent. There’s absolutely no doubt in the fact that the Galaxy S8 is one of the most beautiful devices that the company has ever made but Samsung was widely seen to be following an industry trend by then instead of setting one.

Then came the iPhone X last year. It was Apple’s first smartphone to feature an OLED display and as expected, the panel was supplied by Samsung. It’s a state-of-the-art OLED panel made by Samsung Display with 458 pixels per inch which Apple coupled with Precision Display Calibration that it developed to get the most out of the panel. It even delivered record high full-screen brightness for OLED smartphones of 634 nits compared to 560 nits on the Galaxy Note 8 with automatic brightness and that too only in high ambient light.

Apple was expected to pull out all the stops for its 10th anniversary iPhone and it certainly did that. The company added a notch to the beautiful display where the 3D sensing technology was housed for its Face ID facial recognition system. Samsung may have introduced iris scanning with the Galaxy S8 but Apple’s biometric security solution was far superior in that it used a dot projector to emit more than 30,000 invisible dots on the user’s face to build a unique 3D facial map. The infrared camera then analyzed the dot pattern and captured an infrared photo of the face which was transferred to a secure enclave on the A11 Bionic chipset to register a new face or confirm a match. It even added a flood illuminator that emits invisible infrared light so that Face ID could even work in the dark.

The advanced components enabled Apple to offer novelties such as Animoji which are animated emojis that replicate the user’s facial movements. Samsung introduced a similar feature with the Galaxy S9 called AR Emoji and while the company swears it didn’t copy the feature from Apple, anyone who has used it so far will attest that it leaves a lot to be desired.

Apple bested Samsung in terms of hardware and even software innovation when it released the iPhone X last year. DxOMark branded it as the best smartphone for still photography with a score of 101 which was higher than the Galaxy Note 8 but a slightly lower result for video meant that the Galaxy Note 8 still had a higher overall score. Samsung responded with the Galaxy S9 which has a better display and captured the top spot in DxOMark’s camera rankings. It received the best-ever score of 104 for still photography putting it comfortably ahead of the iPhone X.

The fact remains, though, that Samsung was merely responding to the moves that its rivals were making in the market. It seems that somewhere along the way Samsung decided that it was okay to be a follower than a leader. This has resulted in Chinese OEMs eyeing the void that it has left behind. Just yesterday, Huawei launched a new smartphone that shows how it has thought outside the box to bring a triple camera setup to smartphones. It hasn’t just slapped a third sensor onto a dual-camera system, it’s actually much more sophisticated than that and it works. Merely two weeks after it was released, the Galaxy S9 is no longer the benchmark for smartphone cameras on DxOMark, that title now rests with the Huawei P20 Pro. It outscored all of its rivals including the Galaxy S9/S9+ with its overall score of 109 points.

The point I’m making is simple. In the past, Samsung’s desire to innovate was evident. You could see that the company wanted to raise the bar for the competition in the camera, hardware and even the screen-to-body ratio department. Its efforts were more than just a response to achieve slightly more than what its rivals had. While many expected that we’d see that side of the company again when it would become the first major OEM to bring in-display fingerprint sensors to market, as it turns out, Samsung has also missed the boat on that. Not only did little-known (at least in the West) OEM Vivo become the first to ship a smartphone with an in-display fingerprint sensor, Huawei’s collaboration with Porsche Design has yielded the Porsche Design Mate RS which features a fingerprint sensor in the display.

We’re already approaching peak smartphone design because there’s only so much you can change on a device that’s almost all display on the front. It’s high time that Samsung emerges as the OEM that will lead the conversation on where smartphone design goes from here. Samsung loyalists are banking on its much-rumored foldable smartphone ambitions for that but it’s still unclear when the company will introduce the Galaxy X. Chinese OEMs are already trying their luck with this form factor as well and they’ll certainly not wait around for Samsung to make its move. It doesn’t help that the company says it’s no longer obsessed with being the first in the world to bring new technologies to market.

I know that this seems like a bleak picture but I’m not losing faith just yet, keeping fingers crossed for Samsung to step up again and show that it’s much more than just a follower, that it can dictate the market because of its innovative technologies. It will hopefully raise the bar higher for the competition and make it difficult for them to compete. A follower isn’t an innovator and I really don’t want Samsung be the former.