The Galaxy Note Edge, which was launched in Japan on October 23, has now been launched in Samsung’s home country, South Korea. The device will be available in Charcoal Black and Frost White colors for 1,067,000 South Korean Won (~ $1015) through SK Telecom and KT. The Galaxy Note Edge is a variant of the Note 4 which was launched last month. It features a curved Edge 5.6-inch QHD Super AMOLED display, an octa-core Exynos 5433 processor, 3GB of RAM, and 32/64GB of internal storage space. Similar to that of the Note 4, it uses a 16-megapixel primary camera with OIS and 4K video recording, and a 3.7-megapixel front-facing camera. The curved part of the screen shows various shortcuts and other contextual information to the user.

Samsung had mentioned that the Galaxy Note Edge is a “limited-edition concept device” due to its “technology-intensive” design and it will not be shipped in large numbers. So we think that its availability throughout the world will be very limited. Samsung intends to ship around 1 million units of the Galaxy Note Edge worldwide, right in the line with a prediction made by an analyst following its official announcement. 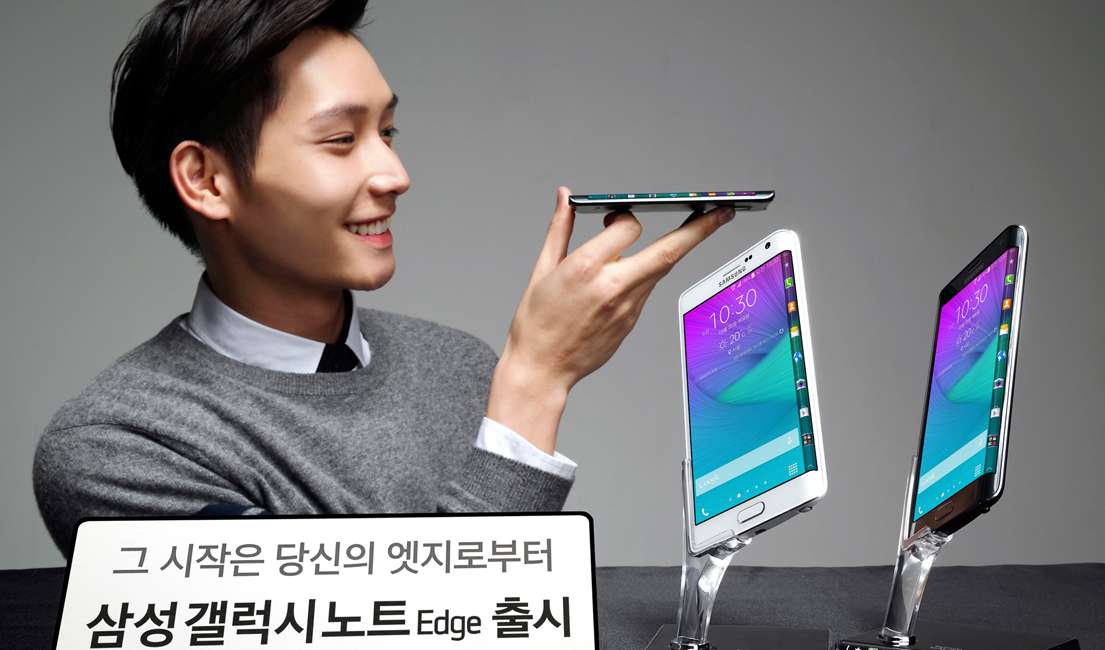 Samsung collaborates with Intel, HP, and SK Telecom in commercializing …