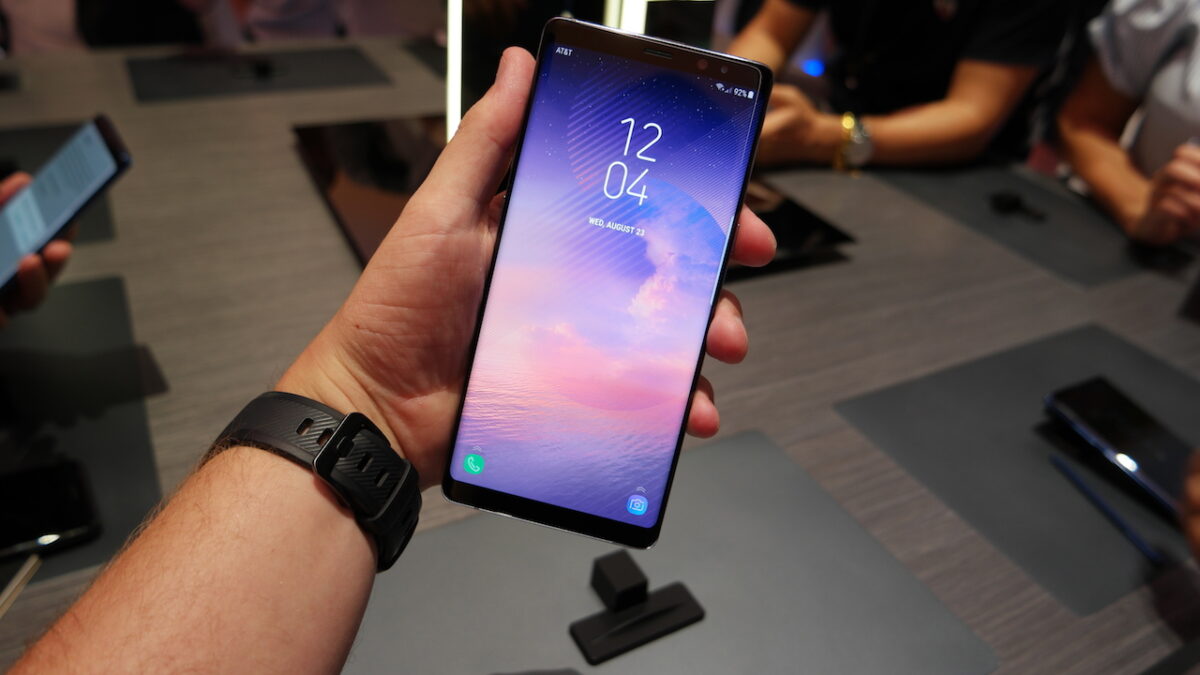 DisplayMate, a specialist in display calibration and optimization, recently put the Galaxy Note 8’s OLED display through extensive testing. The Galaxy Note 8 holds up Samsung’s record of knocking it out of the park with its flagship displays. DisplayMate has awarded its highest ever A+ grade to the Galaxy Note 8’s display. “It is the most innovative and high performance Smartphone display that we have ever lab tested,” it added.

This seems like a repeat of five months ago when DisplayMate said that the Galaxy S8 had the best smartphone display on the market at that point in time. It’s fitting that it’s another Samsung flagship that has taken that crown from the Galaxy S8.

The Galaxy Note 8’s Native Color Gamut is larger due to its new high saturation “Deep Red” OLED. It boasts a very impressive 112 percent of DCI-P3 and 141 percent of sRGB / Rec.709 Gamuts for enhanced color reproduction in high ambient light.

Its 6.3-inch display is 20 percent larger in screen area compared to the Galaxy S8 and 14 percent larger than its predecessors. The display itself is 22 percent brighter than the Galaxy S8. It’s certified by the UHD Alliance for Mobile HDR Premium so it can play 4K HDR content that’s produced for full-fledged 4K UHD TVs.

The Galaxy Note 8 has four user selectable screen modes and an option to adjust the white point. It has a Screen Reflectance of 4.6 percent which is close to the lowest that DisplayMate has ever measured for a smartphone. The Contrast Rating For High Ambient Light ranges from 88 to 128 which is the highest that it has ever measured for a smartphone.

DisplayMate’s in-depth review of the Galaxy Note 8 can be accessed by clicking on the source link below. It explains in great technical detail just what makes the Galaxy Note 8’s display the best smartphone display on the market right now.