Several old Samsung Galaxy S-series phones were suffering from the GPS issue, which the company has been fixing by delivering updates. Galaxy devices such as the Galaxy S8 from 2017, and the Galaxy S7 from 2016, have already bagged the GPS bug fix update, and now it is time for an even older series, the Galaxy S6 series from 2015.

As usual, the update will arrive for the remaining Galaxy S6 models as well in the coming days, including carrier ones and unlocked ones, and in other countries as well. While the update is rolling out, you can manually check for it if you haven’t received a notification of the same. You can head over to Settings > Software update > Download and Install. Your phone will check the official servers, and if it detects a new update, it will prompt you to install it. 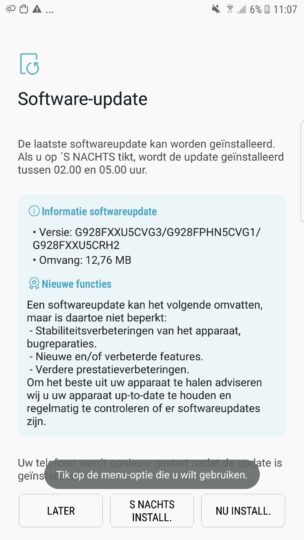 The update is way smaller in size, i.e., just 13MB, and the changelog does not mention the GPS fix as it did for the update that arrived for the Samsung Galaxy S8. However, it is more likely that the update fixes the GPS issue because that’s what Samsung is doing for older devices. The changelog talks about bringing performance improvements, bug fixes, and new and/or improved features. The update doesn’t bump the security patch level and doesn’t include a new Android version, which is quite understandable.