These are some of the best Samsung One UI 2.0 features 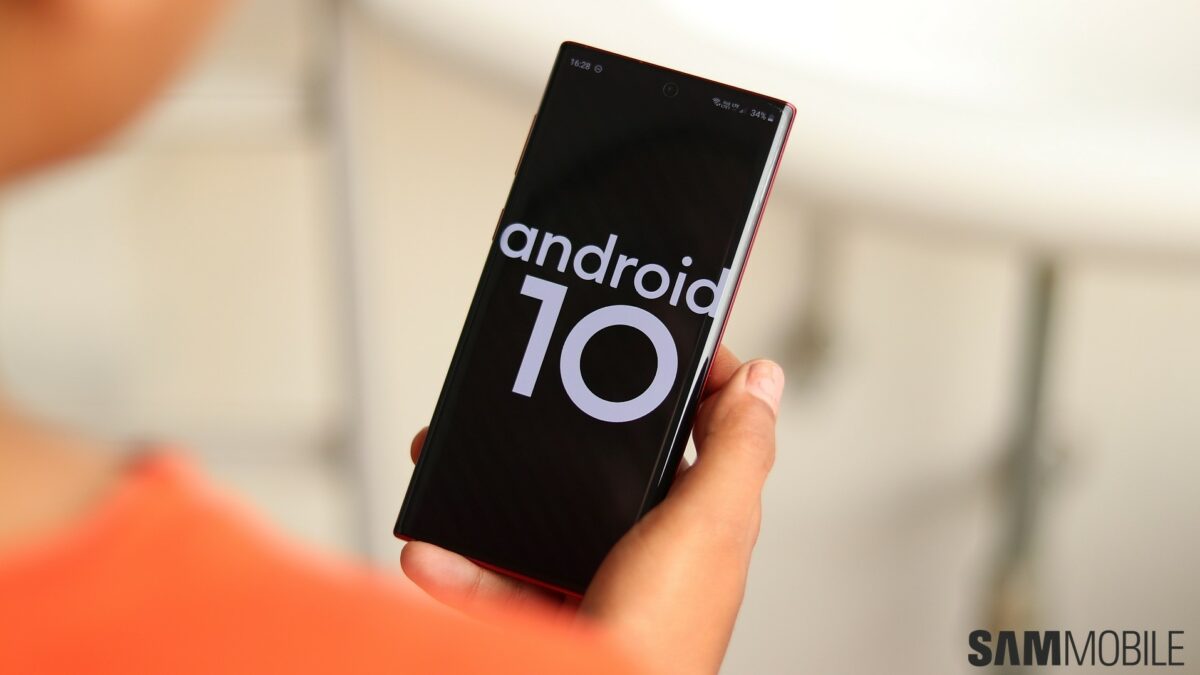 After weeks of beta testing, Samsung finally started rolling out the Android 10-based One UI 2.0 update last month, beginning with the Galaxy S10. Since then, the company has released the same update for the Galaxy M20, M30, and the Galaxy Note 10. Many more eligible devices are scheduled to receive the update in the coming months.

Android 10 and One UI 2.0 are relatively minor updates, but they still bring a few neat features to Galaxy smartphones and tablets. While all the new functionality in stock Android 10 is not specific to any vendor, One UI 2.0 features are exclusive to Galaxy devices, and here’s our pick of the top features that you get with the latest version of Samsung’s One UI.

Taking inspiration from iOS, Google started tinkering with navigation gestures in Android Pie. The end result, however, was far from an elegant solution. In Android 10, Google revamped the navigation gestures to mimic Apple’s implementation, but fell short due to Android’s use of the back button and hamburger menus. Moreover, the new gestures don’t work with third-party launchers on most devices as of now.

The situation is a tad better on Galaxy devices. Not impressed with Google’s implementation, Samsung came up with its own take on gestures in Android Pie. Thankfully, the Korean company is not ditching its solution in One UI 2.0 and is instead offering it as an option along with the new Android 10 gestures. While Samsung’s navigation gestures may not look or work all that different from traditional on-screen buttons, they are efficient (once you get used to them) and compatible with third-party launchers as well. To know more about these gestures, you can read our previous post on this topic. 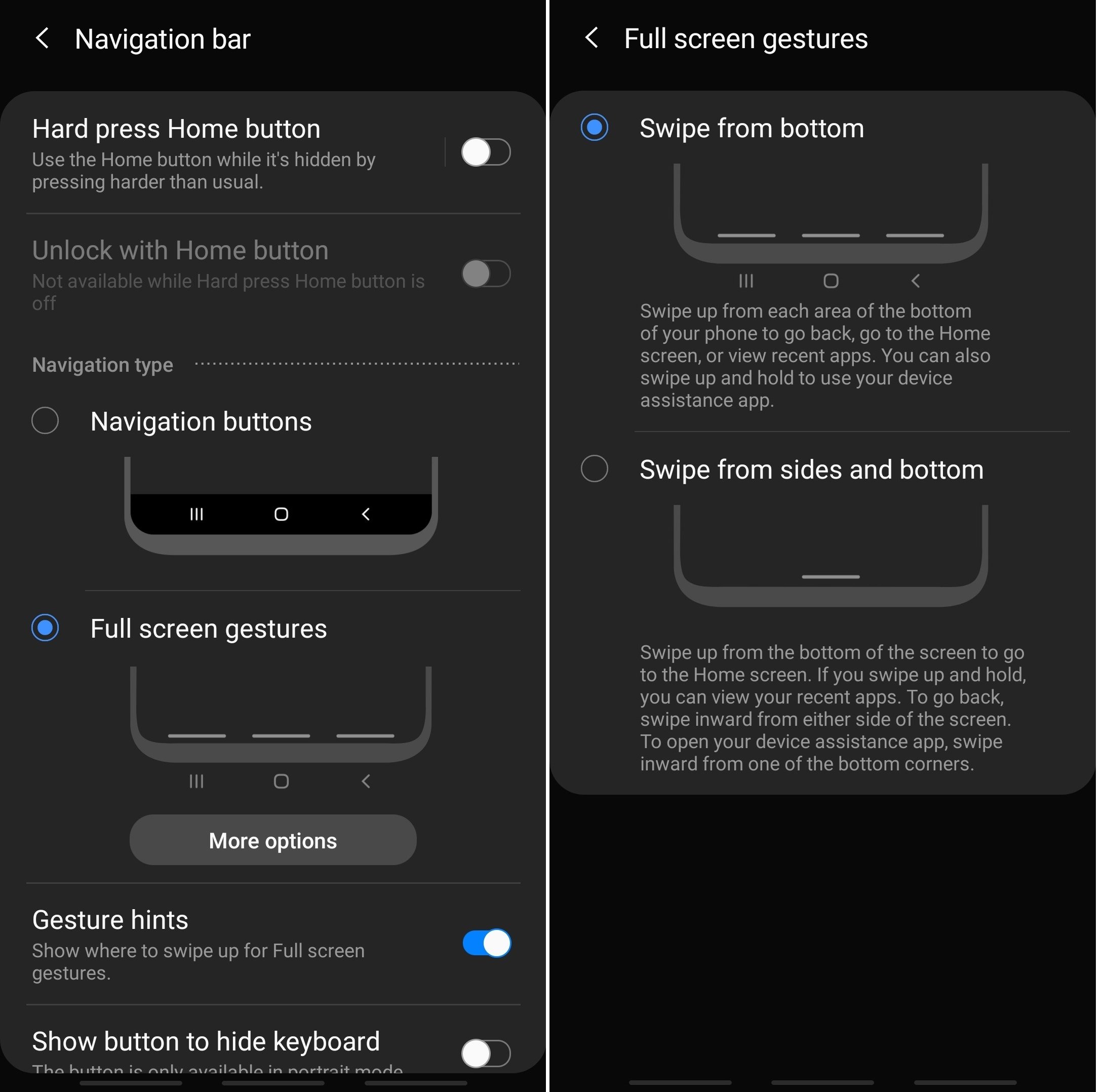 There are already myriad ways to record what’s happening on your screen, but Android 10 is making it easier by adding native screen recording functionality in the OS. Samsung’s implementation of this feature is even better, with granular controls for video quality and audio capture. Galaxy users can also doodle on the screen, shoot a selfie video, and record audio from the microphone and media playing on the device while capturing the action on the screen.

Interestingly, this feature made its debut on the Galaxy Note 10 before the release of Android 10. With One UI 2.0, the company is now bringing this functionality to other devices as well (although some budget devices may not get it). You can read our earlier coverage to know more about this nifty feature. 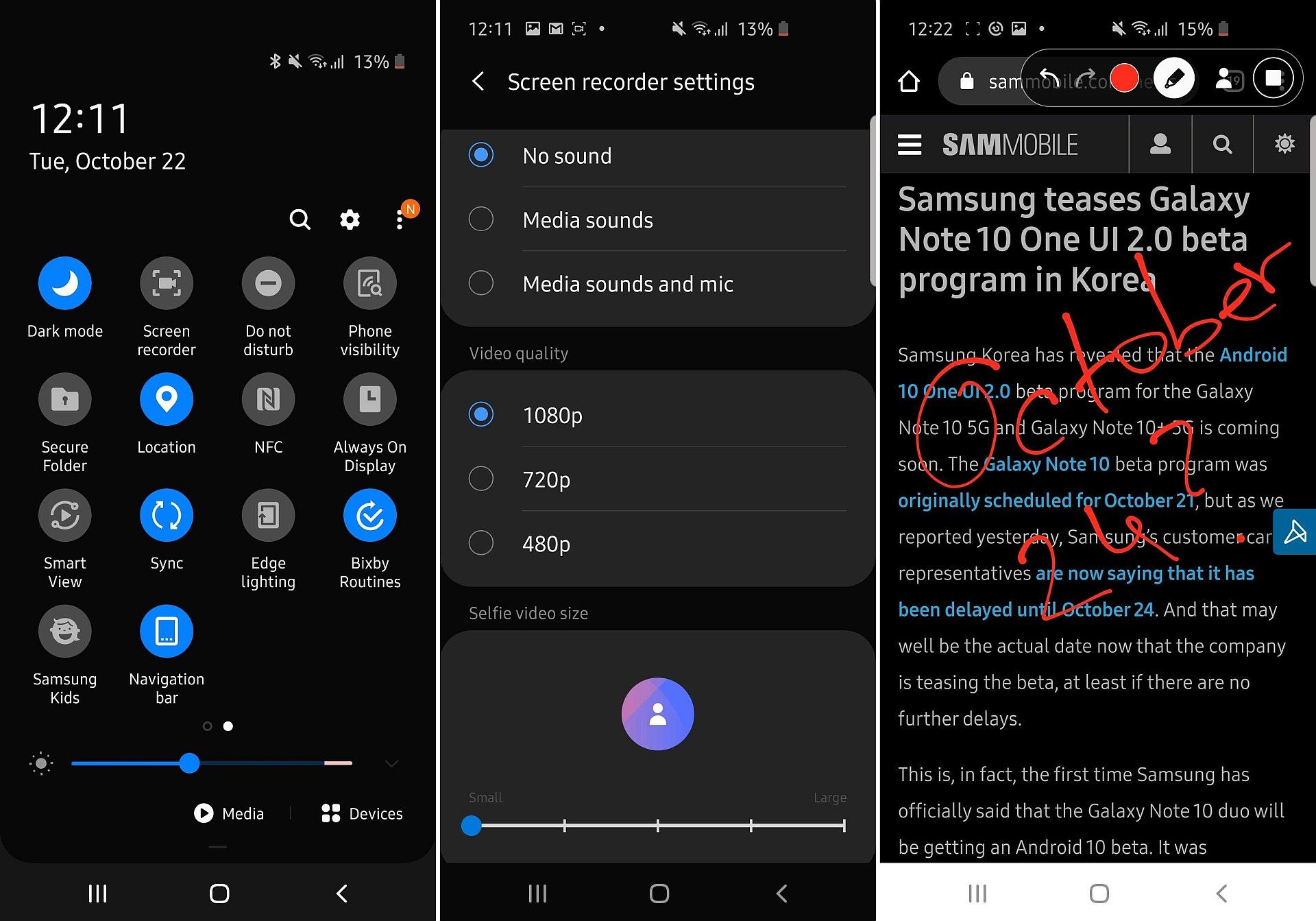 Unlike Apple, most Android vendors, including Samsung, don’t use dedicated hardware for face recognition. They rely on a combination of the selfie camera and software tricks to get the job done, which makes the feature both unreliable and less secure. Samsung is addressing these issues to some extent on Galaxy devices with the latest version of One UI.

Face recognition on One UI 2.0 comes with new features such as ‘Add alternative look’ and ‘Require open eyes’ to make the biometric unlock solution more reliable and relatively secure. Of course, none of these changes can replace dedicated hardware, but they do improve the current implementation considerably. 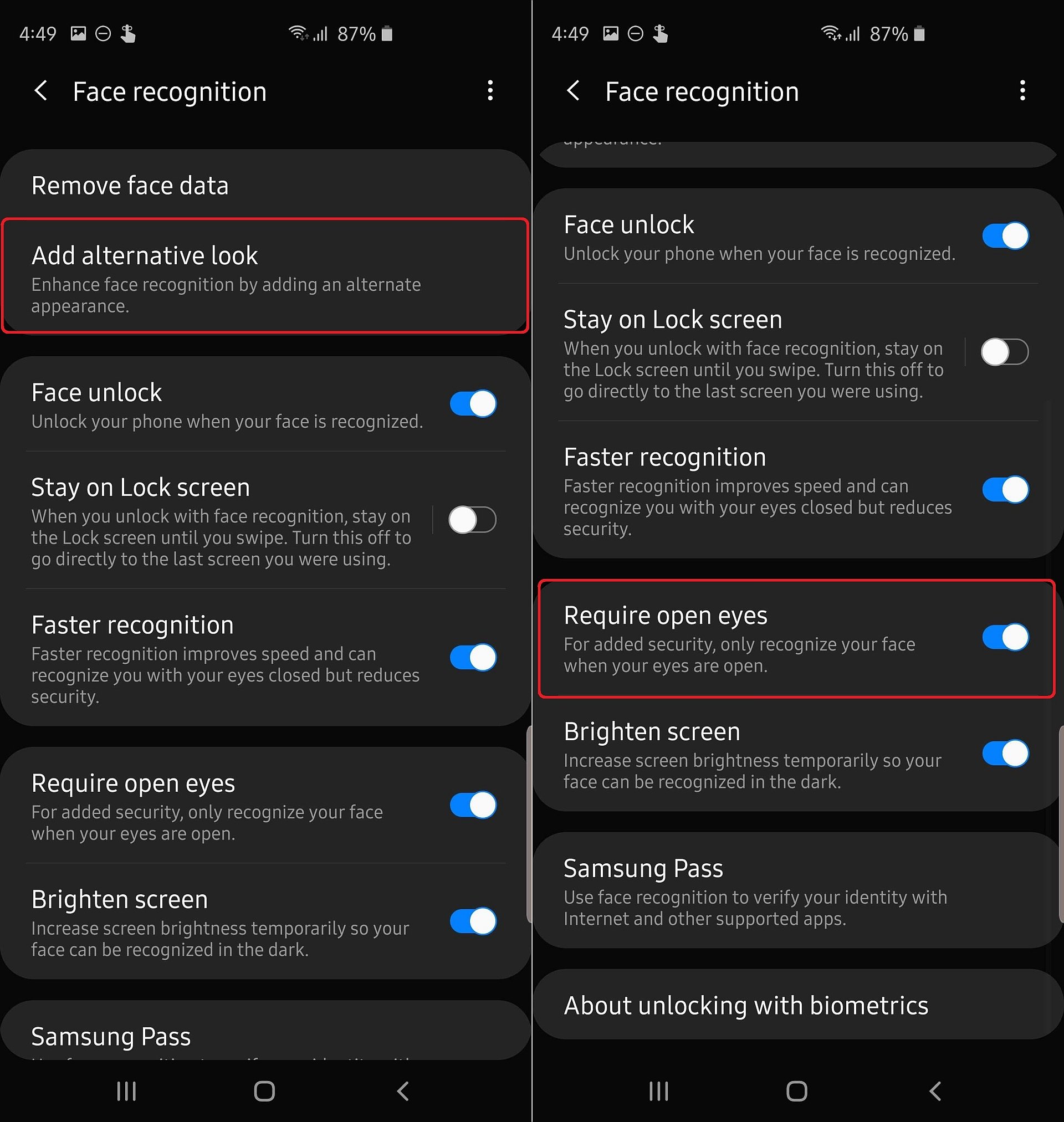 Just tap the record button and take as many slow motion selfie videos as you wish. What you can do is edit the recorded videos to reduce their playback speed if you’d like the video to be even slower.

In One UI 2.0, Samsung lets you set stricter cutoff limits. You can set it to 50 percent, for example, so reverse wireless charging would be cut off when your phone’s battery hits 50 percent. This is a very useful feature particularly for devices with smaller batteries like the Galaxy S10e.

Apart from all these headline-grabbing features, there are many minor UI changes that make the latest version of One UI look more polished and consistent. We have already covered some of these improvements in our One UI 2.0 feature focus series.

The most noticeable among the new UI changes is the dynamic text color on the lock screen that changes based on the wallpaper. One UI 2.0 also automatically darkens wallpapers when dark mode is enabled. In the previous version, parts of the UI, such as the app uninstallation prompt, app permissions screen, etc. were not impacted by the dark mode setting. That is no longer the case with Android 10 and One UI 2.0. UI animations are also silky smooth with the latest update, but the improvements may not be uniform across devices.

What are your favorite One UI 2.0 features? Are there some features that you wish Samsung would add in later versions? Share your thoughts with us in the comments below.