Android 6.0 beta update rolling out to some Galaxy Note 5 units in the US

Samsung started looking for beta testers last month for the Android 6.0 Marshmallow update for the Galaxy S6 and the Galaxy S6 edge in South Korea and the UK. Those who registered themselves to test the beta software received the Marshmallow beta update shortly. Now, the Android 6.0 beta update seems to be rolling out to some Galaxy Note 5 (AT&T variant) units in the US.

Updated Galaxy Note 5 units show build number MMB29K.N920AUCU2BPB1 and a kernel build date of February 2, 2016. The update, which has a file size of 1355.94MB, also brings February’s Android security patch. The UI has the same look and feel that we saw with the Galaxy S6 and Galaxy S6 edge’s Android 6.0 beta.

Also read: Here’s how to install the Android 6.0 beta on your Galaxy S6 or Galaxy S6 edge

Nothing is known about any possible improvements or feature additions regarding the S Pen yet. If you are someone who has received this update, let us know more about the performance and battery life of the device as well as any new features should you find them. 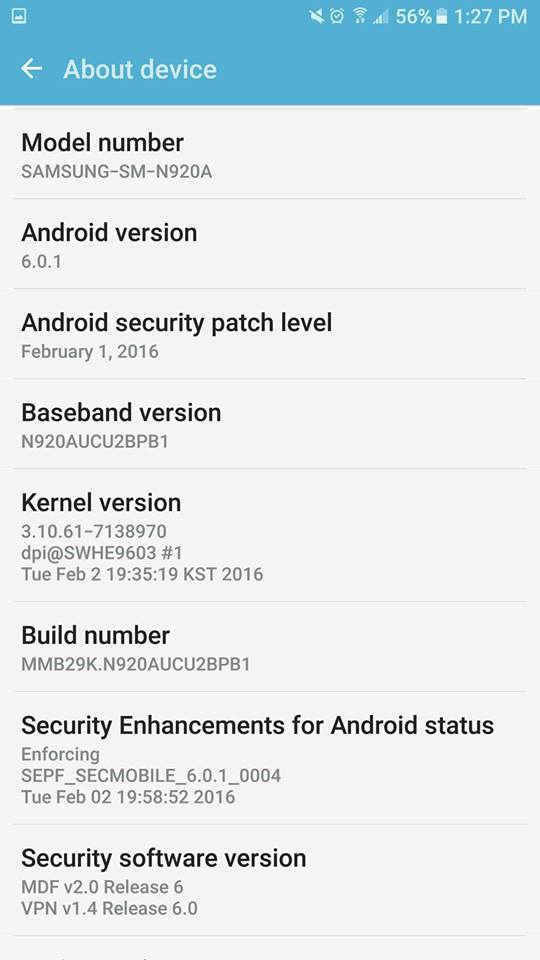