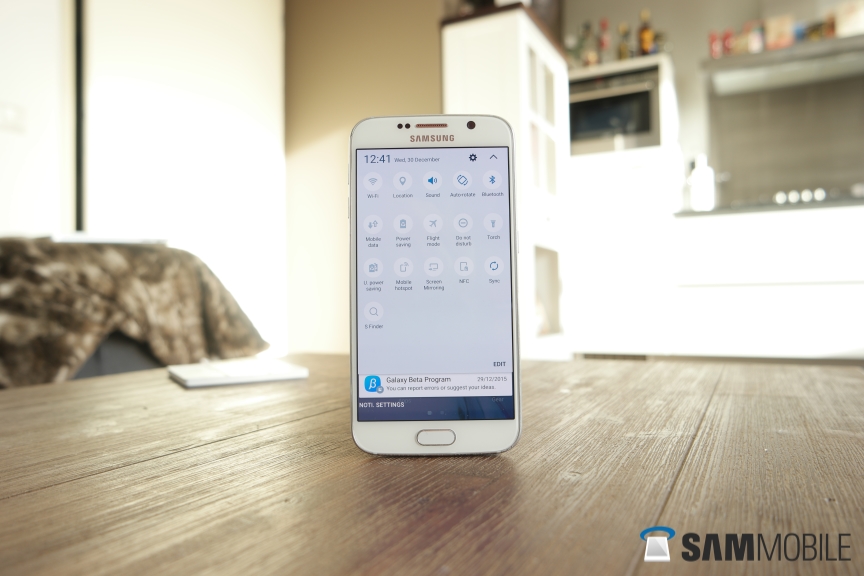 Samsung surprised us all by launching a beta for Android 6.0 Marshmallow on the Galaxy S6 and Galaxy S6 edge last week. Samsung is no longer accepting new participants for the beta, but we’ve been running Android 6.0 on our S6 and S6 edge and have a lot of images to show you how the latest version of the operating system looks on the two devices.

Android 6.0 brings many changes to the interface. The status bar and quick toggles menus are now fully white instead of blue, the power menu has been redesigned (quite poorly, we might add), and a few app icons have been changed as well. If you like changing themes on your phone all the time, you can now download new ones based on their color palette, which is a nice touch that should help you narrow down the number of themes you have to go through when finding a new one.

In terms of features, the regular Marshmallow features like Google Now on Tap and more advanced app permissions are included. For photography buffs, the Pro mode now has a shutter speed option, which has been a long time coming for Galaxy S6 and S6 edge users. All in all, with the interface changes and the Android 6.0 features, this is turning out to be quite a notable update.

Well, enough talk! Check Marshmallow in action on the Galaxy S6 and Galaxy S6 edge below, and let us know what you think down in the comments.