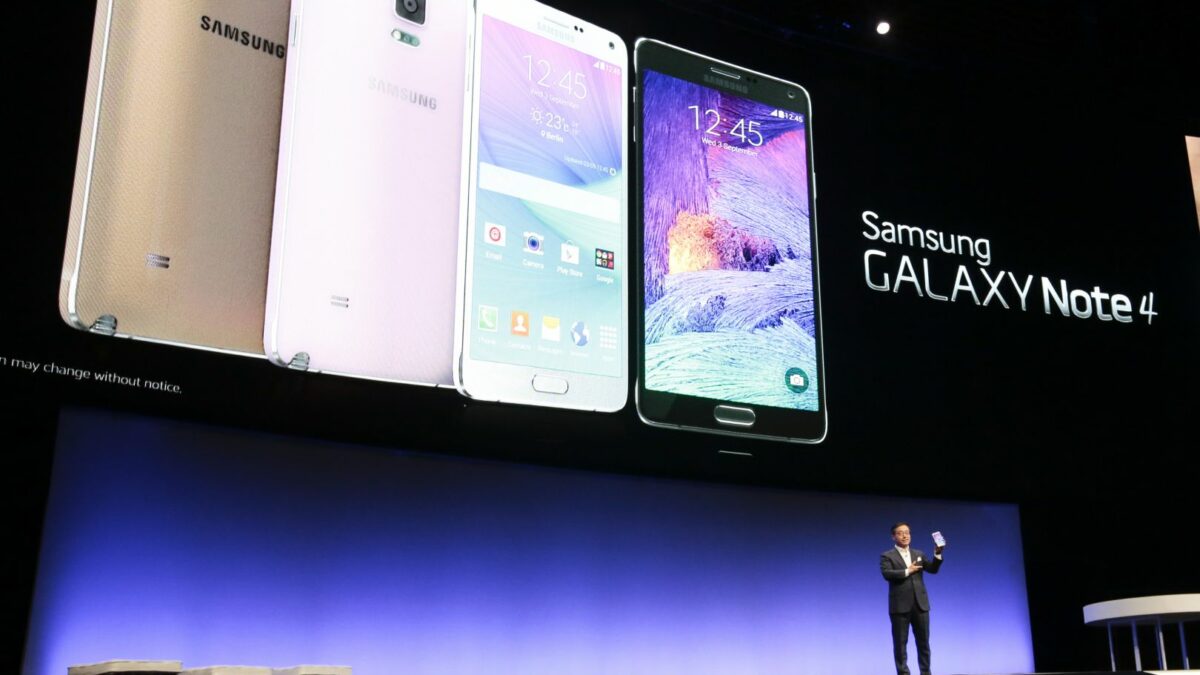 Going by Samsung’s usual launch schedule, the Galaxy Note 5 would be less than two months away from getting an official announcement at this point of time. Going by recent rumors, however, the time before the Note 5 is unveiled would be even shorter. Well, it looks like the latter is what we will have to believe in, as our insiders have revealed today the the Galaxy Note 5 will be announced on August 12, and go on sale around two weeks later on August 21.

We have also learned that the Galaxy S6 edge Plus will be launched as the Galaxy S6 edge+, and will be announced alongside the Note 5 on the same date (Update: it will also go on sale on August 21.) Samsung’s plan to launch two big handsets at the same time (and risking one device eating into the sales of the other) was leaked by a report out of the Korean press a few hours ago, and we can confirm that it is indeed what the company intends to do. The two devices will also be accompanied by the official launch of Samsung Pay, at least for the US market.

Now, let’s move on to a few details of the Galaxy Note 5 and Galaxy S6 edge+. First, Samsung’s next phablet flagship. Let’s get one of the most important aspects of the phone out of the way: The Note 5 will not have a microSD slot, something we had guessed would be the case earlier this month. In terms of design, the phone will basically be a blown-up version of the Galaxy S6. But like the Galaxy A8, the Note 5 will have extremely thin screen bezel, a design change that might come in handy in terms of ergonomics keeping in consideration the new metal and glass design that the Note 5 is expected to feature.

The S Pen will also be seeing a few design changes. According to the information we’ve received, the stylus will look more like a pen this time around (and apparently feel like one, too) and will have the same color as the color of the device. Speaking of colors, the Galaxy Note 5 will be offered in silver, gold, black and white options; these are the same options we’ve seen on the Note 4, though the glass construction on the Note 5 is sure to make these same-old colors look considerably better.

When it comes to the Galaxy S6 edge+, there’s really not much to tell. The device will be a phablet version of the Galaxy S6 edge, with a curve on either side of the screen and the same color options as the Note 5. We can, however, confirm that the S6 edge+ will be powered by the Exynos 7420 instead of a Snapdragon 808, and have 3GB of RAM. Oh, and as we said yesterday, the Note 5 will certainly become the first Samsung phone to feature 4GB of RAM. We’re guessing storage options would be the same as the Galaxy S6 lineup, though it would be great if Samsung would make the 64GB variant the base model to make up for the lack of expandable storage.

Provided all the information we have been given turns out to be correct, Samsung’s next UNPACKED event could be one of its biggest yet, if only because of the number of things it will announce on a single day. The August launch seems too early to be true, but with numerous rumors pointing at Samsung moving faster with the Galaxy Note 5, it certainly looks like we will be hearing everything from the horse’s mouth in under a month from now.