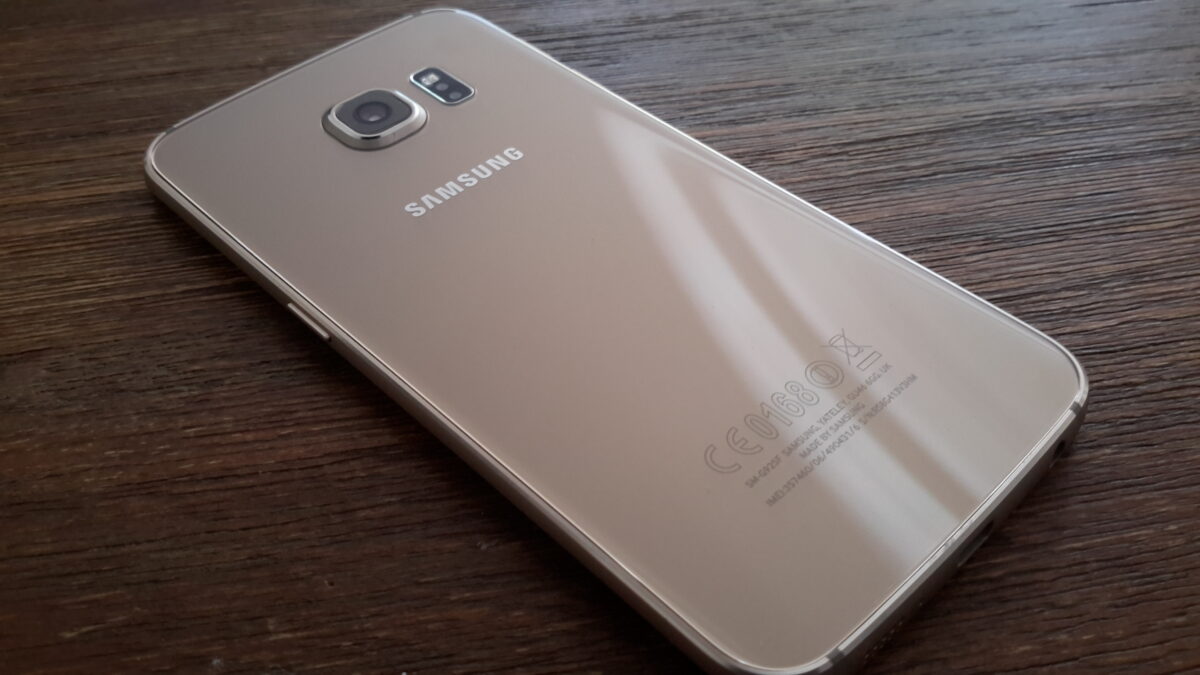 “I want to be able to use it with one hand.” That’s probably the first reason people give you when asked why they prefer phones with small screens (small being somewhere around 5 inches these days, instead of 4.7-inch or lower.) It’s probably the most important reason as well – people might be able to fit a 5.5-inch+ smartphone into their pockets somehow, but they will never be able to get bigger hands that allow them to use such a big phone easily with one hand.

The compact size of Samsung’s Galaxy S flagships has driven many to opt for those instead of a Galaxy Note device, despite the latter always packing better hardware and offering a more productive software experience. But as my Galaxy S6 edge tries to slip out of my palm on to the ground below, I have realized that Samsung’s new design ideology for its flagships is a huge detriment to the ergonomics of a 5-inch phone (or 5.1-inch, if you’re being technical.)

Personally, I’m a sucker for phablets, with 5.5-inch the minimum screen size I prefer on a smartphone (5.7-inch being the sweet spot, and 6-inch being too over the top), thanks to the amount of content that can fit on the display without the need to zoom in or scroll. Despite my love for giant displays, like any other user I’ve had issues handling these large-screen phones with one hand; two hands are almost always required for efficient use, especially if you’re not standing or sitting in one place.

But by putting a glass back (one that is rather smooth, as is normal for a glassy surface) on the Galaxy S6 and S6 edge, Samsung has taken away an important advantage from its primary flagship series. Without a case, using the Galaxy S6 or S6 edge with one hand is pretty much an invitation for gravity to do its thing. While you still can use both devices with one hand for the most part, their slippery nature means you also need to hold on to them really tightly, or use a two-handed hold to make sure your device remains where it should be.

Sure, you can rest the phone on your little finger to ensure it doesn’t slip out, but even on a 5-inch screen, there are times when you have to reposition your grip to be able to reach the top of the display. On Android, this is mostly for checking the notifications and accessing those quick toggles in the status bar, and these are the times when you can never be sure if that S6 or S6 edge won’t start slipping out of your hand.

Phablets might be becoming more and more normal these days, but smaller phones will always have a huge market. But as users of devices from Samsung’s competition must have realized, a phone with a glass (or metal) build can never be good when it comes to using the device comfortably or safely, at least not without a case on.

Of course, if Samsung moves to a glass body on the Galaxy Note 5, its problems with ergonomics will certainly reach a level that would make this opinion of mine totally useless. But at this point, there’s no denying the fact that one of the major disadvantages of the Galaxy Note lineup is a part of Samsung’s Galaxy S series as well, and it’s something we will have to live with as Samsung continues to make sure it can make flagship smartphones that feel as premium as their accompanying price tags.