Galaxy A8 photos confirm virtually bezel-free and thin profile, along with fingerprint scanner 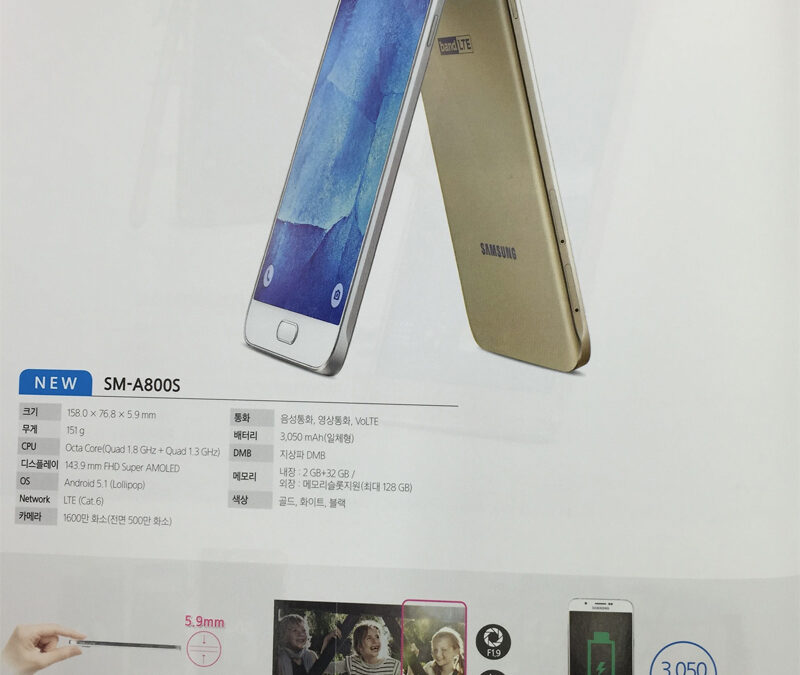 Samsung crafted the Galaxy Alpha some months ago, deciding to eventually do away with the Alpha and focus its metal efforts on the high-end market with the Galaxy Note 4, Galaxy S6, and S6 edge, and perhaps the Note 5. Fortunately, however, Samsung seems to have resurrected the “A” letter in a new series in which the Tab A is the trailblazer. The Tab A comes with a sleek and thin metal profile, and Samsung’s back at it again with the Galaxy A8.

New photos leaked by Chinese website PC Online show a device that is just 5.94mm thin with a near bezel-less display, which will please those who prize sleek devices. The A8 photos also show us the typical external components of the phone, such as the micro-USB port and 3.5mm headphone jack, among others. The home button is featured here as well, though PC Online’s decision to publish this photo shows significance for the home button beyond the usual navigation purpose.

Our insiders have given us the scoop on the Galaxy A8 months ago, but we’ll repeat the specs here: a 5.7-inch, Super AMOLED display with Full HD (1,920 x 1,080p) resolution, an octa-core, Qualcomm Snapdragon 615 processor, 2GB of RAM, 16GB of local storage with a microSD card slot for expandable storage, a 5MP front camera, 16MP back camera with Samsung’s ISOCELL camera sensor, f/1.9 camera aperture and real-time HDR, along with a 3,050mAh battery and fingerprint scanner.

The Galaxy A8 is expected to be a huge contributor to Samsung’s mid-range lineup, and its 5MP front camera, 16MP back camera, fingerprint scanner, and octa-core processor, along with the over 3,050mAh battery, puts it on par in a lot of ways with Samsung’s own Galaxy Note 4 (minus the Note 4’s Snapdragon 805 processor, and S-Pen stylus, that is).

The Galaxy A8 could cost somewhere around $450-$500 unlocked, but we’d caution you to err more on the side of expensive than inexpensive. We can also say that the A8 looks to be an international phone, since the international model, bearing the number SM-800F, just passed through the FCC about a week ago.

We don’t have an announcement or release date for the Galaxy A8, but it may prove to be Samsung’s most earth-shattering mid-ranger yet. 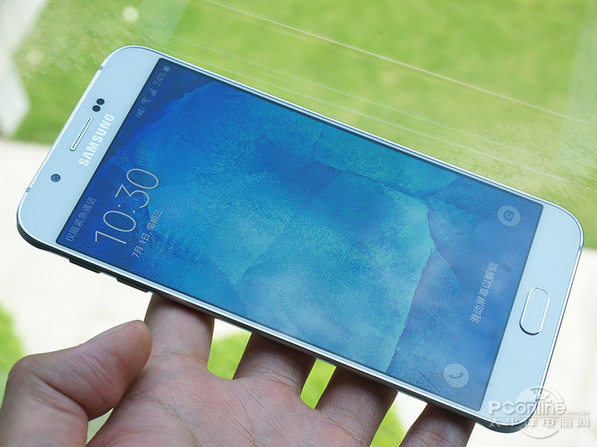