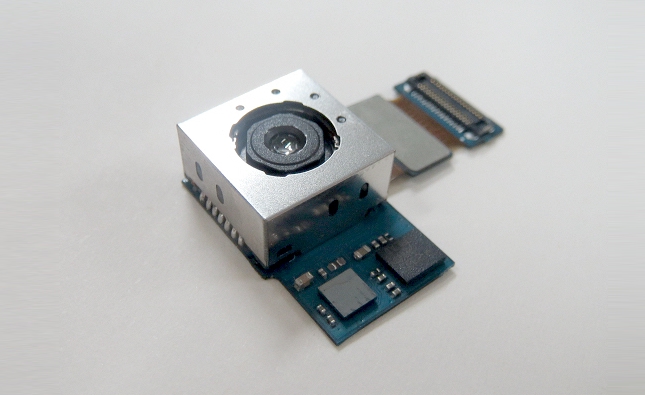 The Galaxy A8 has not been officially announced yet by Samsung, but has already been leaked in a video, showing off all its hardware and software specifications in detail. At a thickness of just 5.4 mm, the Galaxy A8 would be Samsung thinnest smartphone ever, but the company is still offering a 16-megapixel primary camera in such a thin device. How has Samsung managed to achieve it?

It appears that Samsung had to cut some corners to make that happen, and the ISOCELL camera sensor (LSI3P3) used in the Galaxy A8 has a reduced pixel size of 1.0 µm, and an overall thickness of the module is just 5mm. This makes it 23 percent thinner than the camera sensor (Sony IMX240) used in the Galaxy Note 4, and makes it possible to fit it comfortably into a 5.8 mm thin device. It is clear that there will be some downgrade in image quality due to smaller pixel size, but that is to be expected due to the price difference between the likes of the Galaxy S6 and the Galaxy Note 4, and the Galaxy A8.

The Galaxy A8 features a 5.7-inch 1080p Super AMOLED display with 386 ppi, a 64-bit octa-core Snapdragon 615 processor, 2GB RAM, 16GB of internal storage space, a 16-megapixel primary camera, a 5-megapixel secondary camera, 4G LTE connectivity, and a 3,050 mAh battery. It will come preloaded with a newer version of TouchWiz (that we saw in the Galaxy S6) running on top of Android 5.1.1 Lollipop operating system. 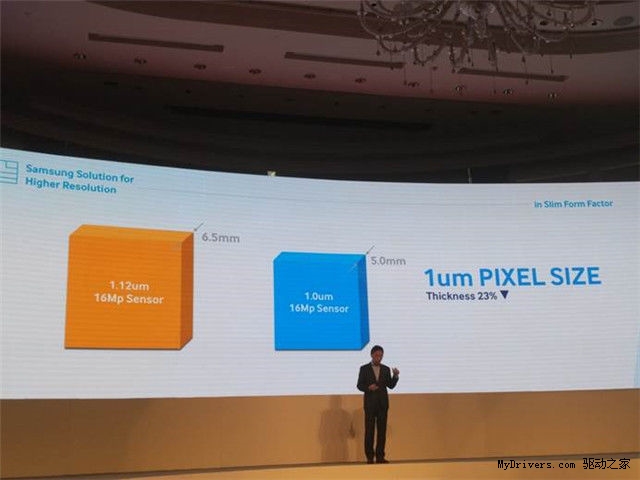