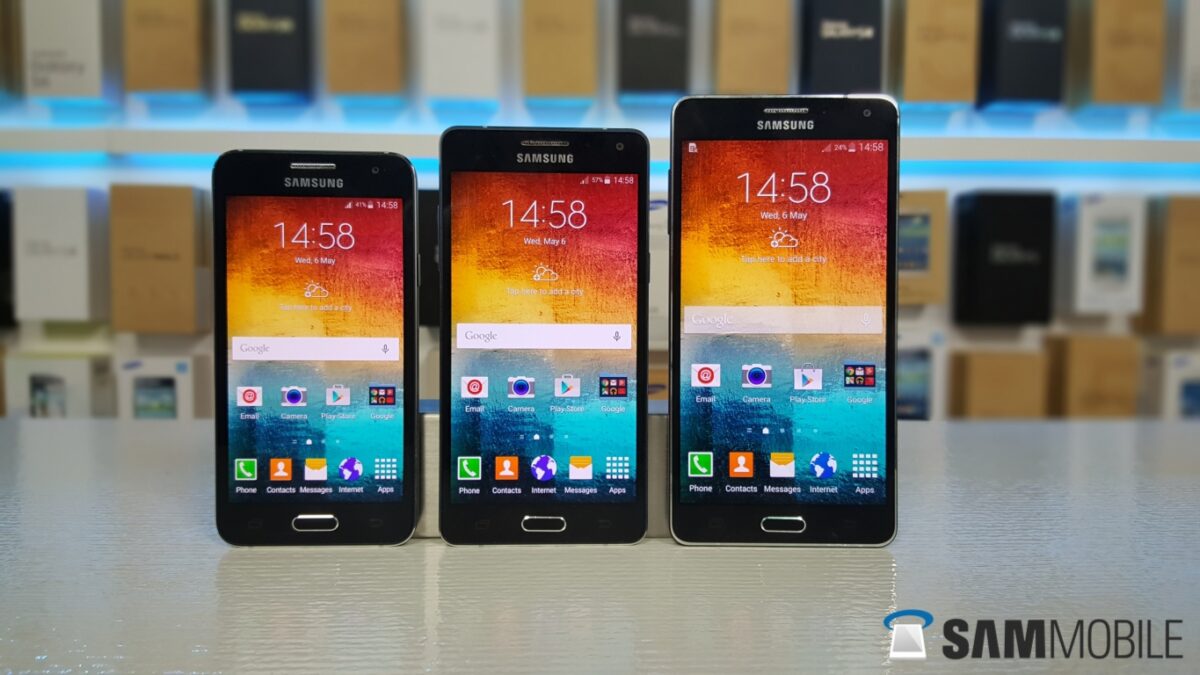 We first reported earlier this year that Samsung is working on several new Galaxy A series handsets of which one is expected to be unveiled soon, the Galaxy A8 has already stopped by the FCC which is usually a big indicator of an upcoming launch. The device has been seen in multiple leaked photos and we’ve exclusively confirmed its specifications before, today a Galaxy A8 hands on video has appeared online showing the device off in all its glory well before the official launch.

Samsung Galaxy A8 is going to have a 5.7-inch Full HD Super AMOLED display with an octa-core Snapdragon 615 processor hooked up to 2GB of RAM and 16GB of internal storage. It will also have a 16-megapixel rear and 5-megapixel front camera, a 3,050mAh battery, touch based fingerprint sensor all in a metallic frame that’s 5.9 mm thin and runs Android 5.1.1 Lollipop straight out of the box. The Galaxy A8 hands on video that has been posted online gives us a good look at the Galaxy A8 and some of its features like the camera. Samsung has not yet officially announced this device but it’s very likely that the company will have much to say about it in the very near future.