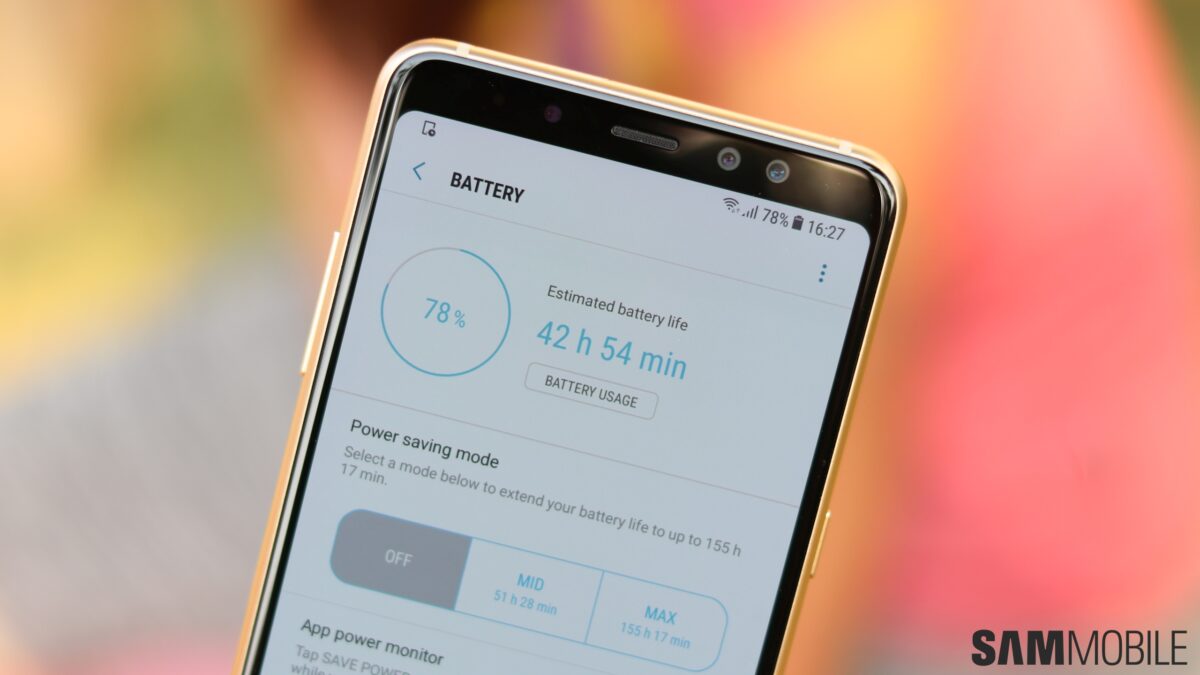 Many of Samsung’s mid-range smartphones no longer have removable batteries which means you can no longer carry around a spare battery and pop it in whenever your phone runs out of charge. That is the case with the Galaxy A8 and the Galaxy A8+ (2018) and while their 3,000mAh and 3,500mAh batteries respectively will get you through the day, some of you might still be searching for the best power banks for Galaxy A8 and Galaxy A8+ (2018).

Why you should buy a power bank:

External power banks can prove to be quite useful if you don’t have any problems carrying them around. They tend to have higher capacities which means that they can be used to charge one device multiple times or even charge multiple devices at the same time. They’re easier to live with than a battery case as well since you can just disconnect and leave the power bank behind when it’s not fulfilling its purpose. 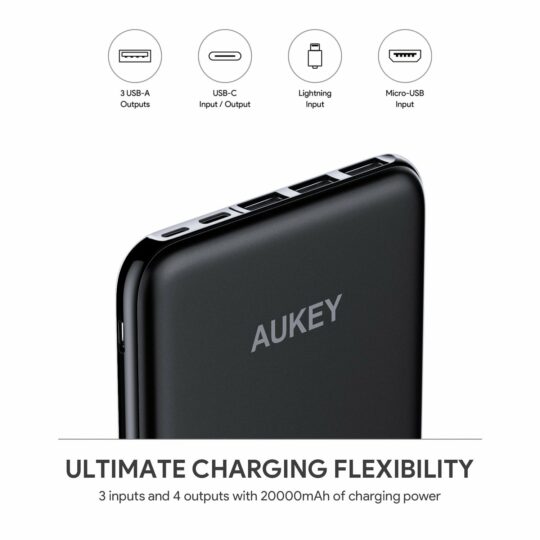 We’re starting this list of best power banks for Galaxy A8 and Galaxy A8+ (2018) with an affordable option from Aukey. Aukey’s power bank has a 20,000mAh battery with has USB Type-C input which will allow you to charge it using your handset’s charger.

The slim form factor houses the 20,000mAh battery so it’s a good option for those who don’t want to carry a hefty power bank with them. Amazon has the Aukey 20,000mAh power bank on sale for $39.99. 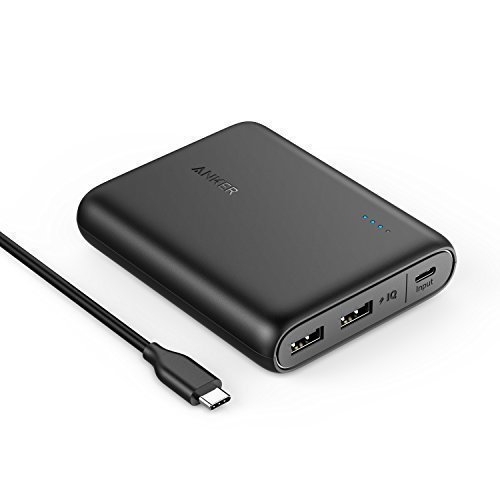 This list of best power banks for Galaxy A8 and Galaxy A8+ (2018) won’t be complete without the Anker PowerCore. Anker is quite well known for its quality accessories and this power bank certainly fits the bill with its 13,000mAh capacity. Since it also has USB Type-C input, you can charge it up using your handset’s charger.

It delivers a max speed charge of up to 3A with Anker’s Power IQ and VoltageBoost technologies. The Anker PowerCore can be purchased from Amazon for $29.99. 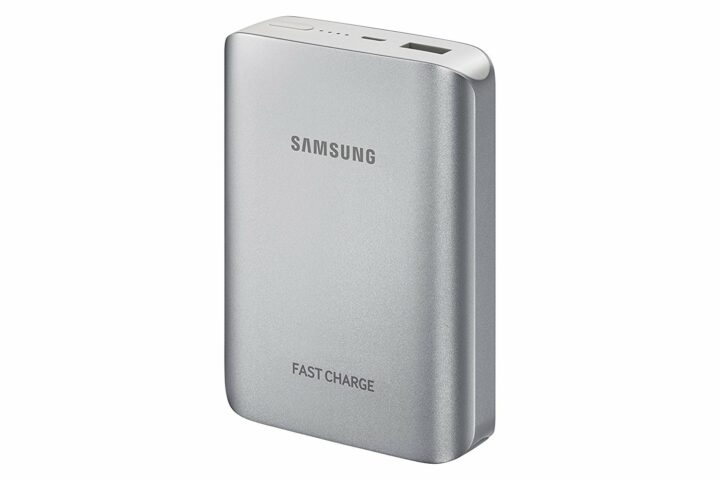 A bit on the more expensive side as it’s from Samsung, the Fast Charge battery pack is available in 10,200mAh capacity with support for rapid charging that can fill up the battery from 0 to 50 percent in about 30 minutes. Since it’s Qualcomm Quick Charge 2.0 enabled, it can provide high speed charging on even more devices. It charges non-QC 2.0 devices at up to a 2A speed.

It doesn’t have USB Type-C input though so you will have to carry a separate cable with you in order to charge this power bank. It normally costs $80 but Amazon has it on sale right now for $55. 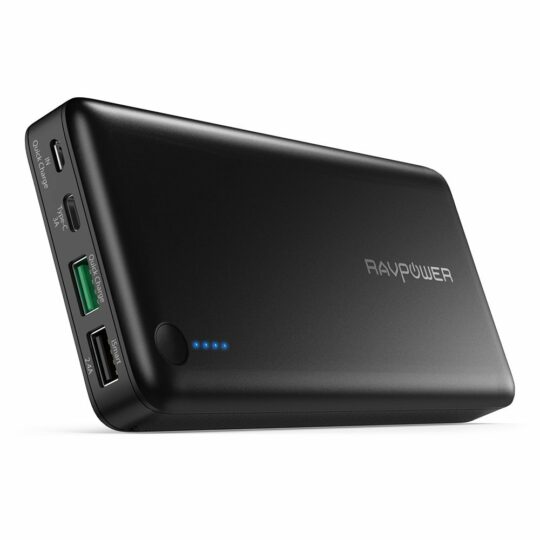 One of the best-selling options on Amazon, it’s no surprise that this is on our list of best power banks for Galaxy A8 and Galaxy A8+ (2018). With USB Type-C input and Qualcomm Quick Charge 3.0 support, this 20,100mAh battery pack can be fully charged in just 4.5 hours with a QC3.0 charger. The internal iSmart Module can automatically detect the optimal current for your device and maximize the charging speed accordingly.

Do keep in mind, though, that the Quick Charge 3.0 USB Charger and the USB Type-C cables are not shipped with the device so you will have to purchase them separately. The RAVPower battery pack can be purchased from Amazon for $49.99. 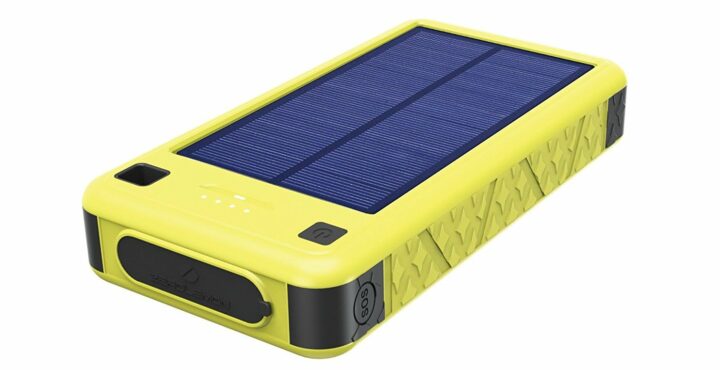 Consider the ZeroLemon SolarJuice if you have the need for a rugged external battery. Not only does this 26,800mAh power bank have rain and shock resistance, it offers a USB Type-C input as well as a solar panel which can be used to charge the power bank when sunlight is aplenty. This makes the SolarJuice a great option for those who often find themselves in places with no power source, granted that it’s going to take a fair bit of time to charge the power bank on solar alone.

Since it’s meant for those who love the great outdoors, the SolarJuice also has a multi-functional LED flashlight. Amazon has it on sale for $44.99. 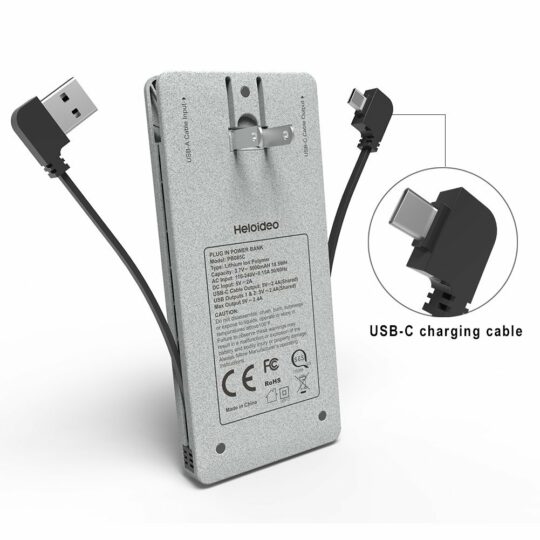 The Heloideo power bank gets full marks for its uniqueness. While the battery itself only has 5,000mah capacity, it does have a built-in AC plug which will let you directly plug it into a wall outlet to charge it. The power bank even houses a USB Type-C cable within its 0.6-inch thin body. It’s available for $27.99 from Amazon.

That does it for our list of best power banks for Galaxy A8 and Galaxy A8+ (2018). The list contains some really great options that you should consider if you have been thinking about picking up an external battery pack. Let us know in the comments below which one you are interested in purchasing.

Along with its brand new flagship smartphones, Samsung has also unveiled a bunch of accessories that go with well with its newer devices, including the Galaxy Buds+ truly wireless earphones, a bunch of cases and covers, and two new 25W fast charging power banks. The South Korean smartphone giant has quietly listed two new power banks […]