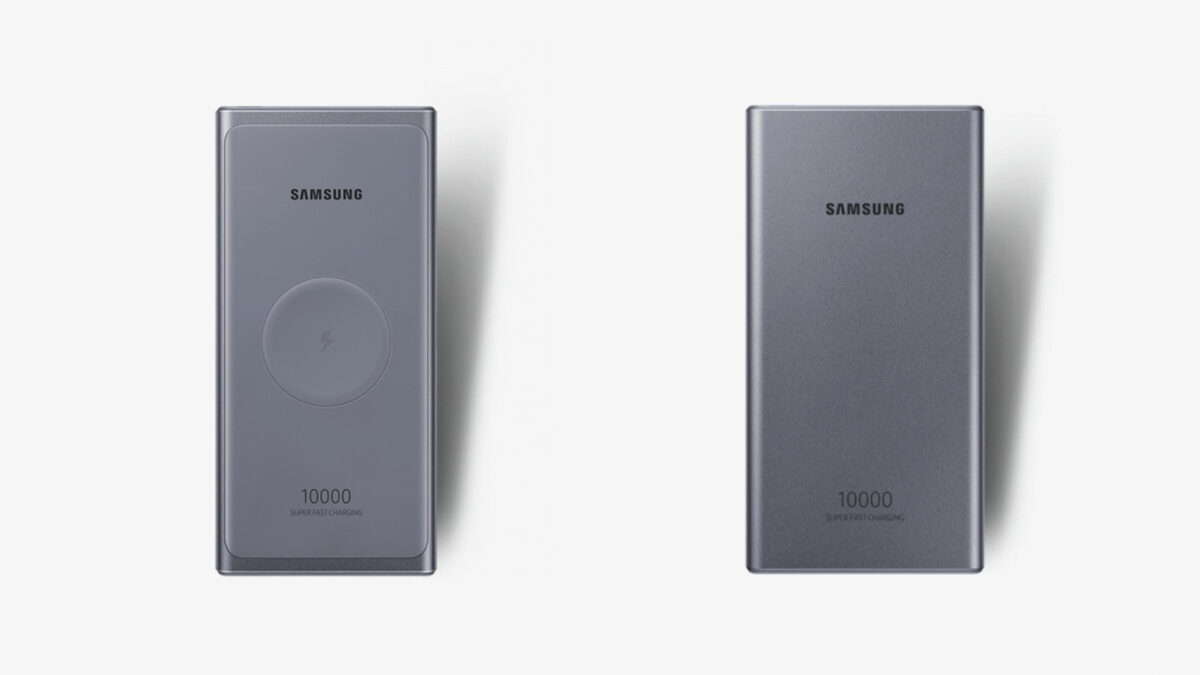 Along with its brand new flagship smartphones, Samsung has also unveiled a bunch of accessories that go with well with its newer devices, including the Galaxy Buds+ truly wireless earphones, a bunch of cases and covers, and two new 25W fast charging power banks.

The South Korean smartphone giant has quietly listed two new power banks on its website. The first power bank is called 25W Wireless Battery Pack, and it has a battery capacity of 10,000mAh. It has two USB Type-C ports that let you charge a compatible smartphone with up to 25 watts of power via the USB PD standard. There’s Qi wireless charging, too, so you can charge your phone, smartwatch, or wireless earphones by just placing them on top of the power bank. It passed through FCC certification two months ago. 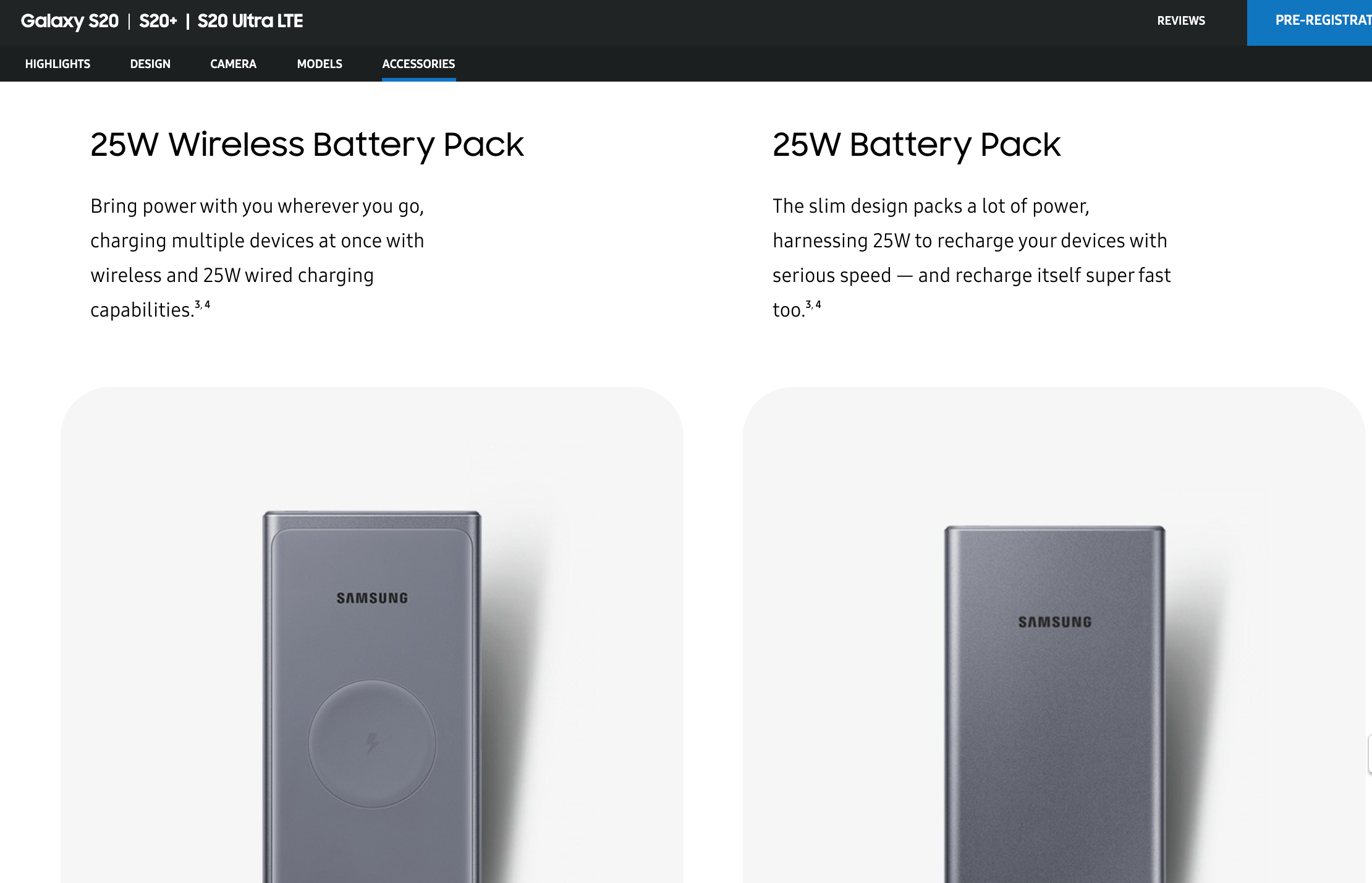 Samsung has also listed the 25W Battery Pack on its website. It has 10,000mAh battery capacity and supports wired charging at 25W for compatible smartphones. It has two USB Type-C ports but there’s no wireless charging on this model. The company has mentioned that the two power banks don’t support 25W fast charging when two devices are being charged at the same time.

Pricing and availability of the company’s two new battery packs have not been revealed yet, but we expect them to go on sale alongside the Galaxy S20, Galaxy S20, and the Galaxy S20 Ultra as Samsung is listing them on its official website in various countries.

Last week, Samsung had listed two new 25W power banks on its website as compatible accessories for the Galaxy S20 series, but their pricing wasn’t revealed. One of those battery packs features Qi wireless charging and we now know its pricing, at least for the US market. The 25W Wireless Portable Battery (EB-U3300) is priced at […]

Samsung finally introduced faster wired charging speeds to its flagship phones this year, with the Galaxy Note 10+ able to charge at a whopping 45W, and the company is now working on a power bank that supports those faster charging speeds. The FCC has certified a new wireless charging power bank (model number EB-U3300) from Samsung, […]

Samsung India has launched two new wireless charging accessories – Samsung Wireless Power Bank and Wireless Charging Duo Pad – in the country. Both of them are Qi certified and work with a wide range of Samsung and non-Samsung devices that support the Qi wireless charging standard. On the Samsung side, they work with Galaxy […]

FCC documents published yesterday have revealed that Samsung is working on a wireless power bank, confirming earlier rumors. As the name suggests, this is a power bank with wireless charging capabilities built-in as shown in the pictures below. The documents say it is a 10,000mAh power bank and may support fast wireless charging. We currently […]

The battery in Samsung’s flagship phablet is good enough for a day and then some but you may still be searching for the best power banks for Galaxy Note 8 if you’re one of those users who need to stretch their phone’s battery as much as possible in a single day. This is where battery […]