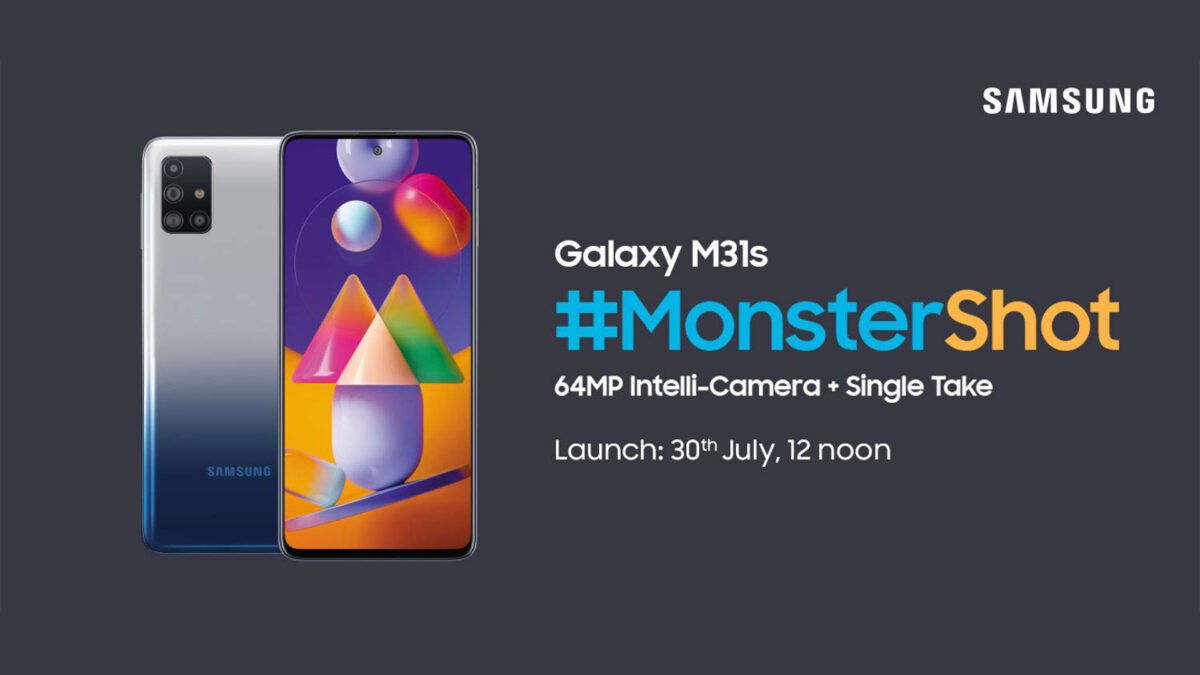 We had exclusively reported two months ago that the South Korean company has been working on two new mid-range smartphones: Galaxy M31s and Galaxy M51. Information about the battery, camera, and processor of the Galaxy M31s was revealed over the past few weeks. Now, Amazon India has revealed the launch date and all the important features of the upcoming smartphone on its website.

The Galaxy M31s is the first Galaxy M series smartphone to feature a Super AMOLED Infinity-O display with a center-aligned punch-hole shaped cutout for the selfie camera. The screen has Full HD+ resolution, as revealed in teaser images. The South Korean smartphone giant has powered the Galaxy M31s with a mammoth 6,000mAh battery. The phone also features 25W fast charging and reverse charging.

It also features a quad-camera setup with a 64MP primary sensor, an 8MP ultrawide camera, a 5MP macro camera, and a 5MP depth sensor. The phone also features Single Take mode, something that was earlier available only on Samsung’s high-end phones, and was later released to Galaxy A series devices with a software update. The phone also seems to feature an under-display fingerprint reader.

Previous reports have indicated that the upcoming smartphone will run Android 10 with One UI 2.1. It could also come equipped with the Exynos 9611 processor, 6GB RAM, and 128GB UFS 2.1 internal storage. We can also expect the Galaxy M31s to come with features like 4K video recording, dual-SIM card slot, LTE, GPS, Wi-Fi ac, Bluetooth 5.0, NFC, USB Type-C port, and a headphone jack.

The Galaxy M31s will be launched in India on July 30 at 12 PM, and it will be available in at least two colors: black and blue. A earlier report claimed that Samsung will start selling the phone early next month with a starting price of around INR 20,000 (around $266). The upcoming phone is quite feature-packed for its price.