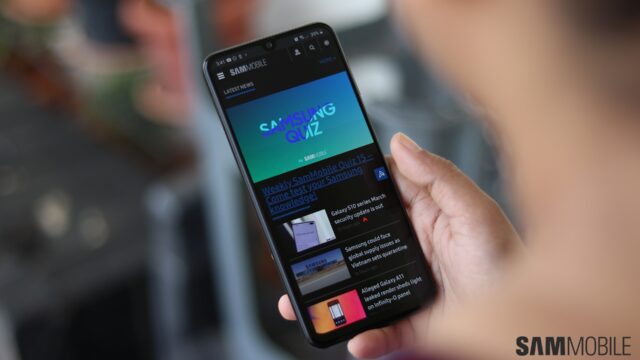 It’s been nearly half a year since Samsung launched the Galaxy M31 as yet another compelling budget phone, and the company is apparently gearing up for the release of the upgraded Galaxy M31s. It will be unveiled in India by the end of the month, according to IANS via Business Insider India, and it will reportedly be sold later in August for nearly INR 20,000 ($266) via Amazon and other retail channels. August is already a very busy month for Samsung, with most of its efforts being directed towards the Galaxy Note 20 launch.

For the sake of comparison, the Galaxy M31 was released for the starting price of INR 14,999 and prospective buyers had the option of paying INR 15,999 for the beefier model with 6GB of RAM and 128GB of storage. Another souped-up Galaxy M31 variant with 8GB of RAM was also introduced to India nearly two months ago for the price of INR 19,999. The question now is how will the Galaxy M31s differ from the regular M31?

Numerous key internal hardware components are seemingly shared across the board. The Galaxy M31s was previously spotted in a benchmark running the same Exynos 9611 chipset as the Galaxy M31, coupled with 6GB of RAM. The device should have 128GB of storage as exclusively revealed by SamMobile a couple of months ago, as well as a quad-camera combo including a 64MP main sensor. A 6,000mAh battery has already been confirmed twice, both via TUV Rheinland Japan and through a live photo depicting the internal battery itself.

On paper, and at least judging by the details that have emerged so far, the Galaxy M31s doesn’t seem to bring significant – or any – changes or upgrades over the regular Galaxy M31. Surely, Samsung must’ve given the Galaxy M31s an identity of its own in one way or another, but we’ll have to wait for the final product to go official before we can determine that.