We exclusively revealed a few weeks back that Samsung now has the Galaxy M31s in development. This will be a slightly upgraded variant of the Galaxy M31 so there will be a lot more similarities between the two devices than differences.

A certification that surfaced online last week suggested that the Galaxy M31s would feature a chunky 6,000mAh battery. The same has now been corroborated by the latest leak which actually shows us this 6,000mAh battery.

Bearing part number EB-BM317ABY, the 6,000mAh battery of the Galaxy M31s has now received its requisite certification from Safety Korea. The certification includes an image of the battery itself, leaving us in no doubt about its capacity.

From what we know about the Galaxy M31s so far, the handset is going to have an Exynos 9611 processor with 6GB of RAM and 128GB of storage. It’s going to run on Android 10 and is also going to have a quad camera system at the back. The primary camera’s resolution is expected to be 64-megapixels.

Samsung has not yet revealed when it intends to launch the Galaxy M31s. Given the pace at which it is picking up these certifications, it wouldn’t be surprising if the device were to be launched in the next couple of months. 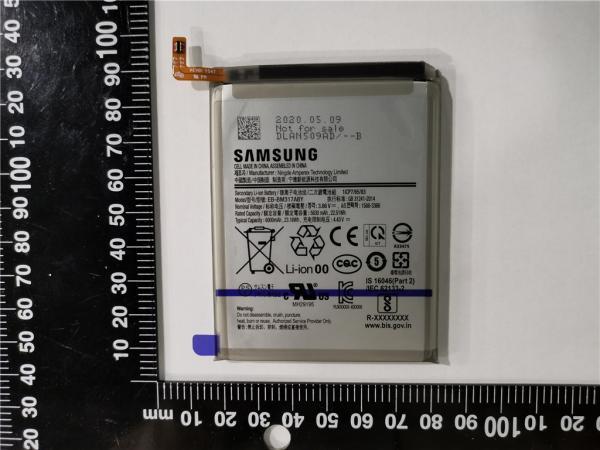