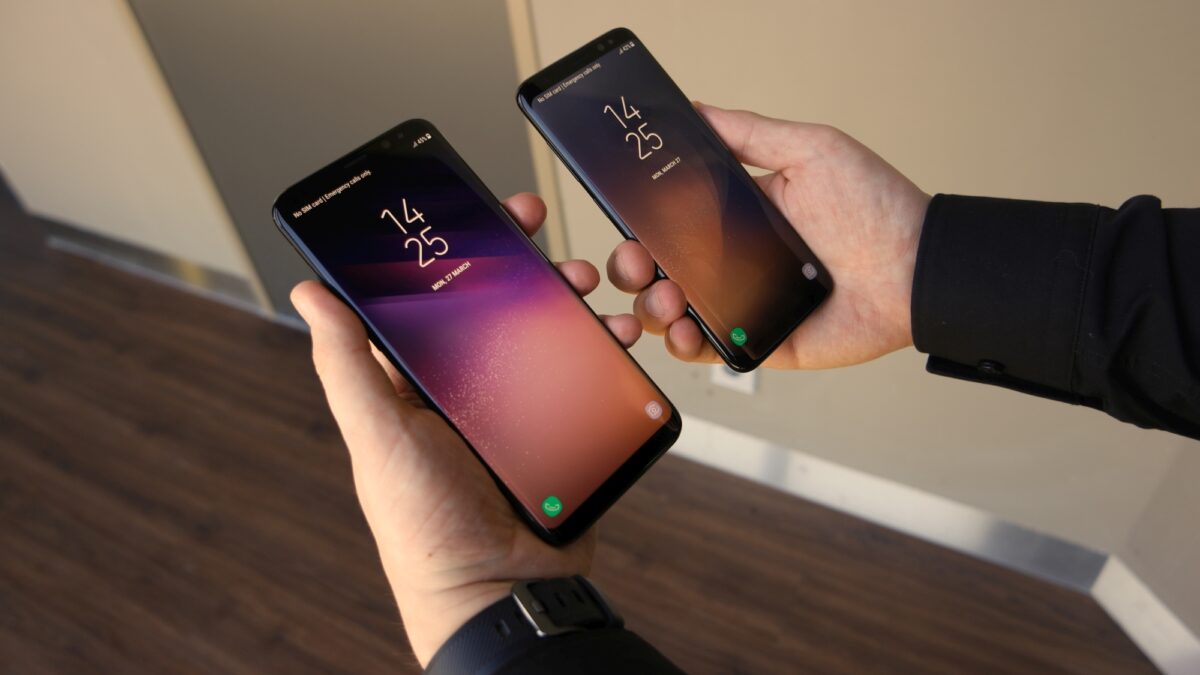 The latest Galaxy S9 leak left little to the imagination as it confirmed details about the specifications and features of the upcoming flagship from Samsung. A few days ago a retail employee based in the US provided more details about the handset on Reddit after playing with the device but that thread has since been deleted. A similar thread has now been posted by another Reddit user who claims to have spent two hours with the Galaxy S9 and the Galaxy S9+ during a training session.

The retail rep says that he had this Galaxy S9 hands-on experience with the Exynos 9810-powered variant. It appears that the Exynos variants were used for training purposes given that Samsung will only sell the Snapdragon 845 variants officially in the United States.

We already know that the new flagship duo looks quite similar to the Galaxy S8 in terms of design and that has been reiterated in this thread. The main design differences include the repositioned fingerprint sensor and slightly smaller bottom bezel. The user interface is also said to be “pretty similar” to the existing flagship.

It’s also claimed that Samsung has made some UI changes to the native camera app. You no longer have to swipe right to choose between the different camera modes. The modes are laid out on the top of the app from where users can tap to select the one they want. The Live Focus feature will be limited to the Galaxy S9+ which features a dual camera system. Those who opt for the Galaxy S9 will have to make do with selective focus.

Samsung has been teasing a 3D emoji feature for the Galaxy S9 duo and this Galaxy S9 hands-on experience thread confirms that this “AR Emoji” feature is present onboard. It was reported that this feature will be more advanced than iPhone X’s Animoji and this user believes that to be the case. Users first have to take a picture of themselves which is then created into an animated character. Once the avatar is created the handset makes stickers and gifs of the AR emoji that can then be used across social media apps and in text messages.

The rumored super slow-motion feature will be present as well with the ability to capture video at 960fps. However, no details have been provided about the resolution. Another interesting feature mentioned in this thread is the live lock screen. It lets users take a short video which they can set as their lock screen. The 7-second clip will autoplay as soon as the display is turned on. One might think that this would do horrible things to the battery life, the rep claims that the Samsung trainer told them this feature barely uses up battery.”

The multiple reports about the Galaxy S9 featuring stereo speakers have been confirmed by this Reddit user as well. The Galaxy S9 and Galaxy S9+ feature AKG-tuned stereo speakers that offer surround sound experience with the bottom-firing speaker and the earpiece which also doubles as the front-facing speaker.

During this Galaxy S9 hands-on experience, the retail rep didn’t find any evidence to support recent reports that Samsung will launch a new social network called Uhssup. The trainer didn’t say anything about it and no app was present on the handsets. That only leaves the possibility that Samsung will announce it alongside the Galaxy S9 and release the app later if Uhssup really exists.

Performance-wise the handset is said to be better than its predecessors but that doesn’t really come as a surprise. The battery sizes are retained at 3,000mAh and 3,500mAh for the Galaxy S9 and the Galaxy S9+ respectively.

No word as yet on the pricing for this handset for customers in the United States but Samsung will have a trade-in offer which will give customers up to $350 off for trading in an existing device for the Galaxy S9.

This Galaxy S9 hands-on experience paints a detailed picture of the upcoming flagship and the features that it’s going to offer. It seems that there will be little that Samsung will be able to surprise us with come February 25 when it officially launches the Galaxy S9 and the Galaxy S9+.