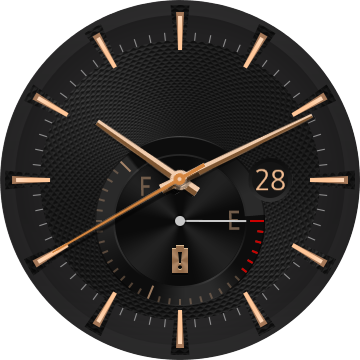 With all the Galaxy Note 5 news flooding the internet of late, Samsung’s upcoming smartwatch hasn’t been in the limelight for some time now. The Orbis – or the Gear A as it will be officially called – is still coming though (its announcement is set to take place alongside the Note 5), and Samsung was kind enough to reveal a few specs of the watch through its official developer SDK. We have published quite a lot about the Orbis in the past, and we now have a few key specs of the watch to share.

The Orbis will feature an Exynos 3472 dual-core processor clocked at 1.2 GHz and the Mali-400 MP4 GPU clocked at 450 MHz, 768 MB of RAM, 4GB of on-board storage, and a 250 mAh battery. It will have Bluetooth 4.1 to connect with smartphones and tablets, and as we had revealed earlier, there will be a variant with Wi-Fi (802.11 b/g/n) support as well (Wi-Fi Direct will be supported, too.) The watch will also have inbuilt GPS, accelerometer, gyro, barometer and heart rate sensors, and will run Tizen with a new UX designed specifically for the circular screen.

The watch will have a Super AMOLED display with a resolution of 360×360 pixels – the resolution was confirmed by the SDK before, but we’re not yet sure what the size of the display will be. The bezel ring on top will no doubt affect Samsung’s decision on how big the touchscreen part of the display can be, and it is rather hard to make a guess in this regard as the Orbis will be the first round smartwatch from the Korean manufacturer.

As previous leaks have revealed, the Orbis will also feature a digital crown in addition to the bezel ring to help with navigation in the user interface, and Samsung will be partnering with various artists and case makers for the watch’s bands. An official announcement is expected at the Unpacked event for the Galaxy Note 5, and as a Samsung official put it, the Orbis could be the most perfect smartwatch yet from the company.