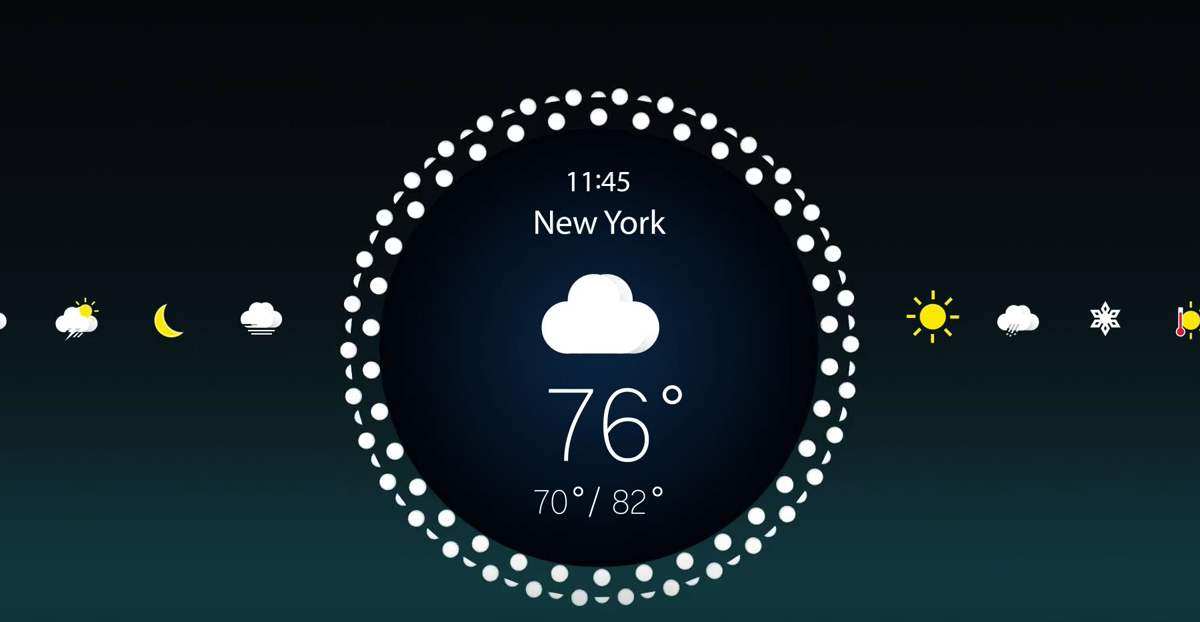 During the Galaxy Unpacked 2015 event where the Galaxy Note 5 and the Galaxy S6 edge+ were unveiled, Samsung teased its upcoming smartwatch with a round face. Now, Samsung has posted a complete teaser video of the Gear S2 smartwatch on YouTube.

This is the same video which was showcased at the Galaxy Unpacked 2015 event. As you can see in the video below, Gear S2 will come with a circular display, dozens of gorgeous watch faces, fitness tracking abilities, usual watch features like a stopwatch and a timer, a heart-rate sensor, a circular app launcher, and a rotating bezel that can be used to navigate around in the UI.

If you notice closely you can see all the apps that will come preloaded with the Gear S2. These apps include a messaging app, a calling app, S Health, Nike+ Running, Settings, Calendar, S Voice, and Weather. The watch might come with a new way of displaying notifications where information is displayed around the display without hiding the elements in the watch face. Samsung has announced that it will unveil and announce the Gear S2 in Berlin on September 3 during IFA 2015.

As we exclusively reported in the past six months, Samsung’s first round-face smartwatch was codenamed Project Orbis internally, after which the company named it as Gear S2. It will come with a circular Super AMOLED display, a quad-core processor, 768MB RAM, 4GB of internal storage space, Bluetooth LE, Wi-Fi and cellular (in some variants) connectivity, and it runs a newer version of Tizen operating system that is designed specifically for wearable devices.