Could this be the heart rate sensor UI on the Samsung Orbis, aka Gear A? 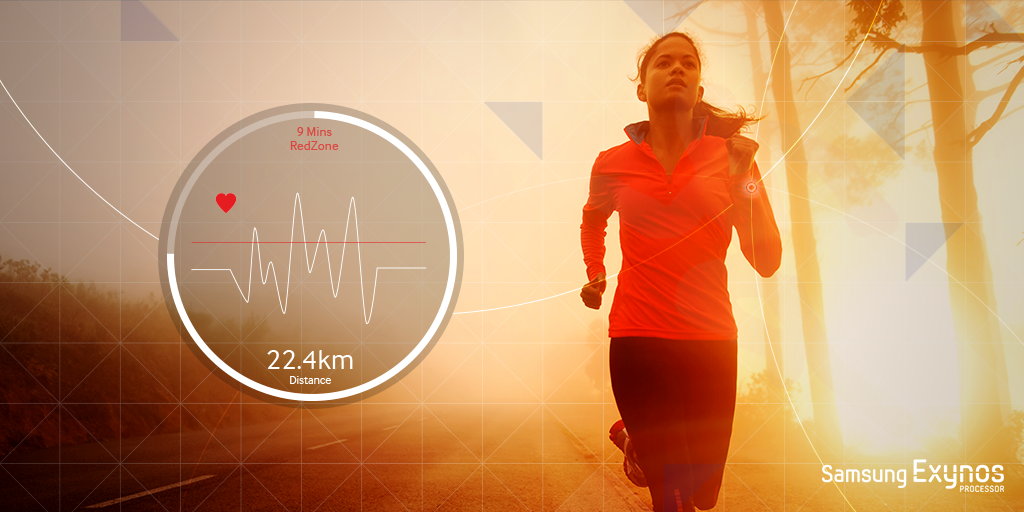 Samsung might not have officially acknowledged it, but it surely has given away a few aspects of the user interface of the its upcoming round smartwatch, the Gear A. The developer SDK for the watch revealed its user interface (in addition to the specs and design), and Samsung Exynos’ Twitter account might just have given us a look at yet another part of the UI, and also confirmed that the Orbis will be powered by an Exynos processor.

Samsung Exynos tweeted earlier today that using your Heart Rate, your Exynos-powered #wearable can deliver accurate training information to help you improve. Accompanying the tweet is a circular image of an app measuring heart rate, and it sure looks possible that this is the user interface for the heart rate function on the Gear A. The UI looks quite simple and sleek, and somewhat matches the UI on the rest of the watch.

The tweet might also have given away the fact that the Gear A will use an Exynos processor, though that isn’t really surprising considering all existing Gear smartwatches (except the Gear Live) do the same. Other specs of the watch will include a 1.18-inch circular display with a resolution of 360×360 pixels, Wi-Fi and cellular connectivity, a heart rate sensor, a digital crown and a rotating bezel ring. The Gear A will launch alongside the Galaxy Note 5 according to our insiders.