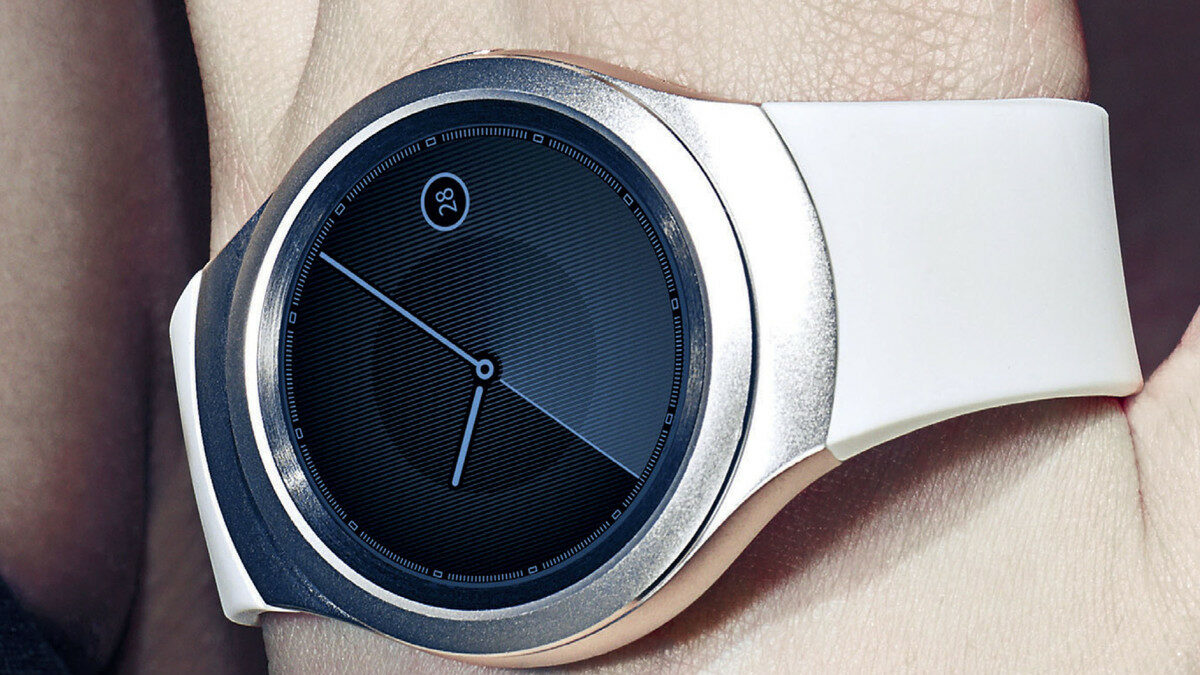 At its event earlier today Samsung briefly talked about the round smartwatch that it’s going to unveil next month, the device is commonly known by its codename Orbis but it’s official moniker is the Gear S2. Samsung has spent a lot of time developing this wearable device given that it decided not to launch it at MWC 2015 just so it could take the extra time and do something great with it. We’ve already reported exclusively on the Gear S2’s specifications and the fact that it’s going to have a rotating bezel ring, while Samsung has given us yet another glimpse at the Gear S2 by publishing what it calls a “Lookbook.”

The Lookbook features promotional images of Samsung products and the Gear S2 makes an appearance in it, from the looks of it the smartwatch appears to be fashioned out of metal. All of the images that feature the Gear S2 include women and given the apparent size and dimensions of the piece we see here it’s possible that this could be the Gear S2 version that’s meant for the ladies, the one for men is likely to be larger and a bit thicker than this one. It does look good nonetheless, much better than any of Samsung’s previous smartwatches. The company is going to formally unveil the Gear S2 at IFA 2015 in Berlin next month and we’ll be on the ground to report on the developments as they happen.