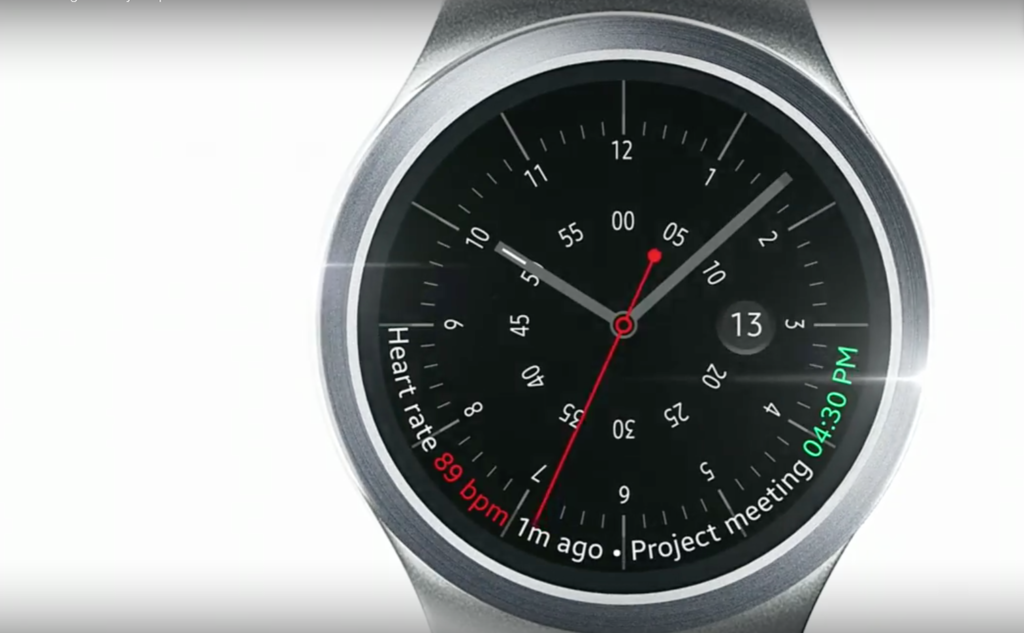 The upcoming Samsung Gear S2 is rumored to arrive with a nano SIM card slot which will enable cellular networking on it. This is a feature that could bring voice calling from your wrist or navigating the web without having to pair the wearable device with a smartphone. Speaking of connectivity it’s worth mentioning that Samsung’s upcoming smartwatch will feature Wi-fi connectivity, Bluetooth v4.1 and a fantastic AMOLED panel with a resolution of 360×360, powered by the Exynos 3472 chipset. The source also mentions that the Gear S2 could be priced at around €399 which is in line with the previous generation.

We expect the Gear S2 to be released on the 3rd of September in Berlin and we’re certainly very hyped after Samsung’s latest preview video. This smartwatch is very promising and it could certainly smash its competition, but we’ll have to wait for the official unveiling in Berlin. The Gear S2 is also known as Project Orbis and it’s been in development for a long time, judging by the fact that it’s most likely going to be released in Q3 2015. From what we know it’s also possible that the Gear S2 will come in two different versions, one for men and one for women.