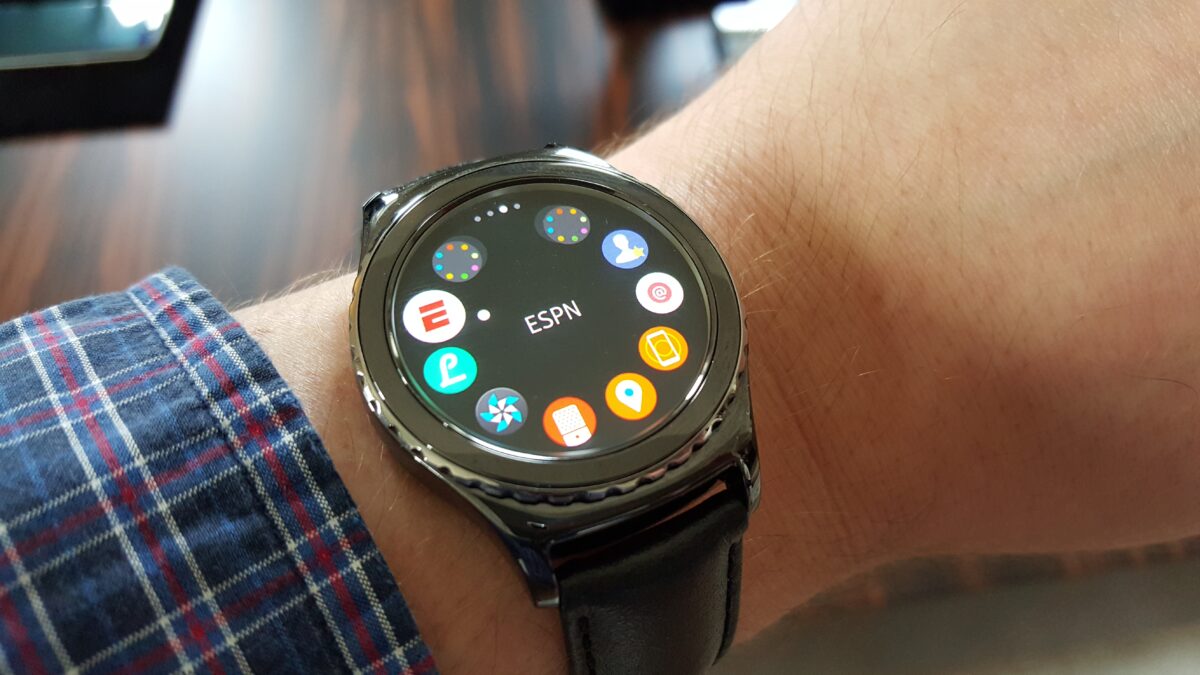 The update brings some Tizen 3.0 features

The new update includes many user interface changes such as the icons and widgets optimized for the circular display, more coherent and unified appearance, etc. Major functionality changes to the user interface include most recent apps in the new ‘App Shortcuts’ widget and access to Gear S2’s Quick Panel by swiping down from any screen.

Samsung has also updated the Samsung Health experience on the Gear S2 by making it easier to manage and track your activity, an option to add preferred exercises as a preset on the new Multi-Workout widget, additional inactivity alerts to assist users, etc. The update also brings more options to explore when the device is connected to the S Health app on a smartphone. Users can see their daily exercise activity, calorie intake, real-time heart rate, exercise videos on synced TV, etc.

As seen with the Tizen 3.0 update on the Gear S3 models, the new Gear S2 update allows users to connect and control additional hardware and software such as the Gear VR and PowerPoint presentations.

Finally, the new update also brings detailed weather forecasts in the morning to help the Gear S2 users to plan their day better. The weather forecasts will include information such as day’s highest and lowest temperatures, wind chill, day-to-day temperature differences, sunrise and sunset hours, the probability of rainfall, UV index, etc.

The update is currently available for download via the Samsung Gear app. If you have already received the update, do let us know your experience so far in the comments section below.

The launch of every new Samsung smartwatch also brings a new version of Tizen OS with new features and improvements. These changes later roll out to the previous generation devices as Value Pack updates. The company repeated this cycle once again when it launched the Galaxy Watch alongside the Note 9 in August last year. […]