Here you will find the latest news and most recent developments on the Gear S2 Classic, with regular updates and all the information you need. 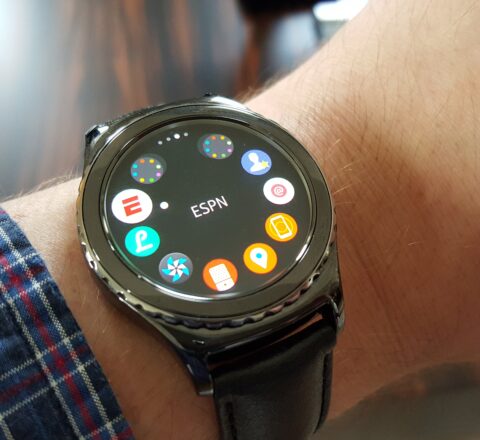 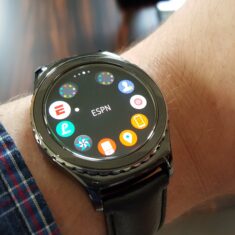 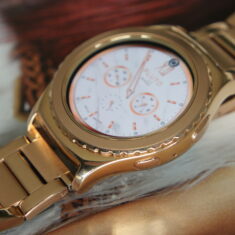 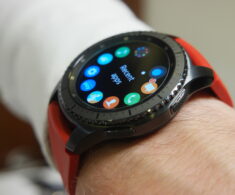 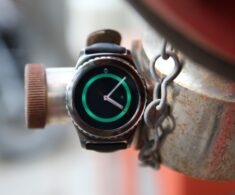 Mobile operator Orange has teamed up with International digital security firm Gemalto to launch the 3G variant of the Gear S2 Classic in France. The smartwatch is available to purchase for €349.99 outright, but a programmable eSIM is required to take advantage of its cellular capabilities, which enable users to place/accept calls, send/receive messages and […]

Facer (by Little Labs) is a platform using which designers can create watch faces for Android Wear smartwatches. It was first released on Play Store a while ago and is quite popular among smartwatch owners. Now, Facer has come to the Gear S2, with 22 watch faces now available for Samsung’s Tizen-based smartwatch. You can find watch faces by Facer in […]

Samsung had unveiled its flagship smartphones for 2016 – the Galaxy S7 and the Galaxy S7 edge – last month. Shortly after the unveiling, the company started sending out review units to press and media around the world. Instead of sending just the Galaxy S7, Samsung Poland sent out complete Galaxy S7 ‘test boxes’ to reviewers. […]

Samsung’s beautiful ceramic bracelet for the Gear S2 classic was spotted on its official website for France a couple of days ago. Now, the new, stylish bracelet has been spotted along with its price on a some third-party retailers from Netherlands and Belgium. The ceramic band (ET-SCR73MBEGWW) for the Gear S2 classic is listed on ICT4Employees.be and Hardware.nl, and […]

Samsung has announced that it will soon be launching a 3G/cellular version of the Gear S2 classic with the world’s first eSIM for wearable devices. In 2014, the Apple iPad Air 2 became the first mainstream mobile device to offer a SIM that could be programmed to work with different carriers without the need to change between […]

We announced earlier that Samsung has unveiled the Gear S2 Rose Gold and Platinum models in the US at Amazon, but Dutch customers have had their hands (or wrists, rather) on these new luxury Gear S2 models for some time. For those customers, and for those to come, Samsung has released a new update for […]

The Gear S2 Classic goes global, Rose Gold and Platinum models available at Amazon in the US

The Gear S2 Classic is considered to be Samsung’s traditional take on the “classic” smartwatch (hence the name), but some customers want a little more choice in build materials with the traditional (and their favorite) smartwatch. While some customers have been debating the Gear S2’s build materials, others have been wondering when they’d see the […]

Samsung launches the Gear S2 and the Gear VR in India

We did report earlier today that the Rose Gold and Platinum Gear S2 had been spotted at CES and that an announcement was likely in the very near future. At CES 2016 Samsung has launched two new elegant editions of the Gear S2 smartwatch, one in 18K Rose Gold and the other in Platinum. Customers […]

The Gear S2 is currently available only in black and white colors, but it looks like Samsung is keen on releasing it in more colors options since Apple and Motorola are already doing it with their smartwatches. The Gear S2 classic has been spotted in two new colors – Rose Gold and Platinum – at CES […]