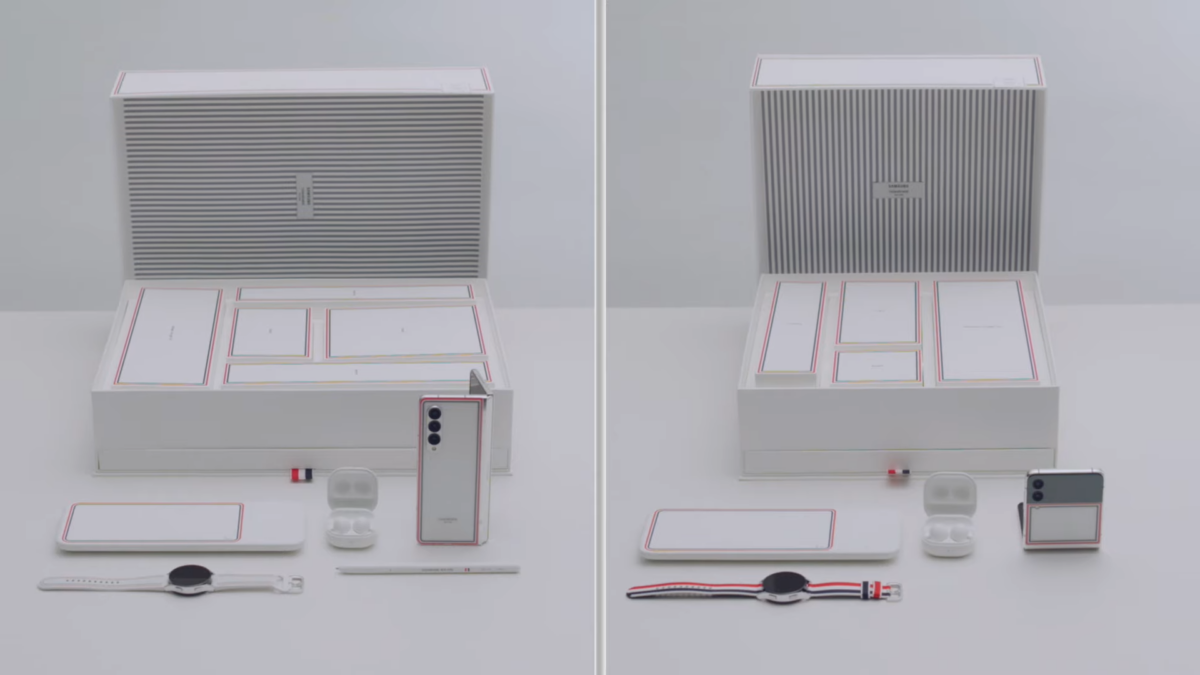 While many of us can’t afford these special edition foldable smartphones from Samsung, we can at least look at their unboxing videos. The Galaxy Z Fold 3 Thom Brown Edition box consists of the Galaxy Z Fold 3, Galaxy Watch 4, and the Galaxy Buds 2. All these devices feature a white colorway and the signature three-colored stripe associated with Thom Browne. The Galaxy Watch 4 comes with Thom Browne-inspired straps, while the rest of the devices can be protected using Thom Browne-themed leather cases. There’s an S Pen Pro in the box as well.

The Galaxy Z Flip 3 Thom Browne box consists of the foldable phone, Galaxy Watch 4, and the Galaxy Buds 2. There are special-edition leather cases for the Galaxy Z Flip 3 and the Galaxy Buds 2. The Galaxy Watch 4 comes with two specially designed straps. Both boxes include the Wireless Charger Trio, which can wirelessly charge three devices simultaneously. Of course, all the devices in these two boxes have Thom Browne branding on them.