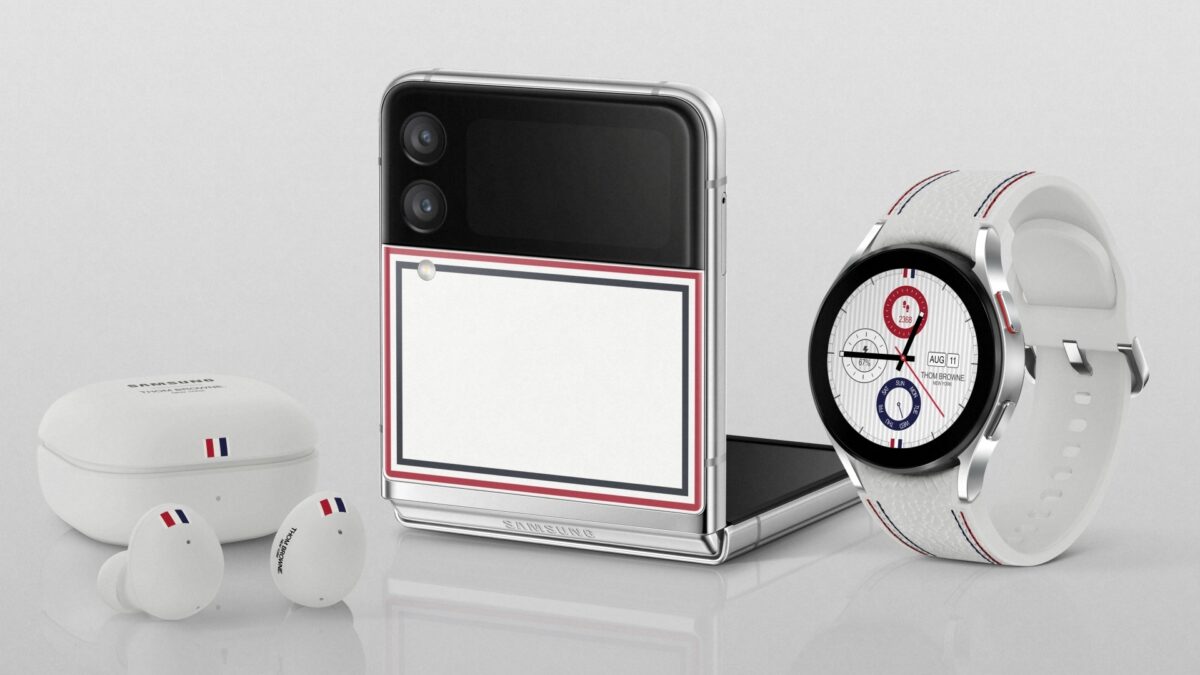 The new Galaxy Z Flip 3 and Z Fold 3 Thom Browne Editions will also be sold at a higher price than the standard editions. Here’s what they offer. 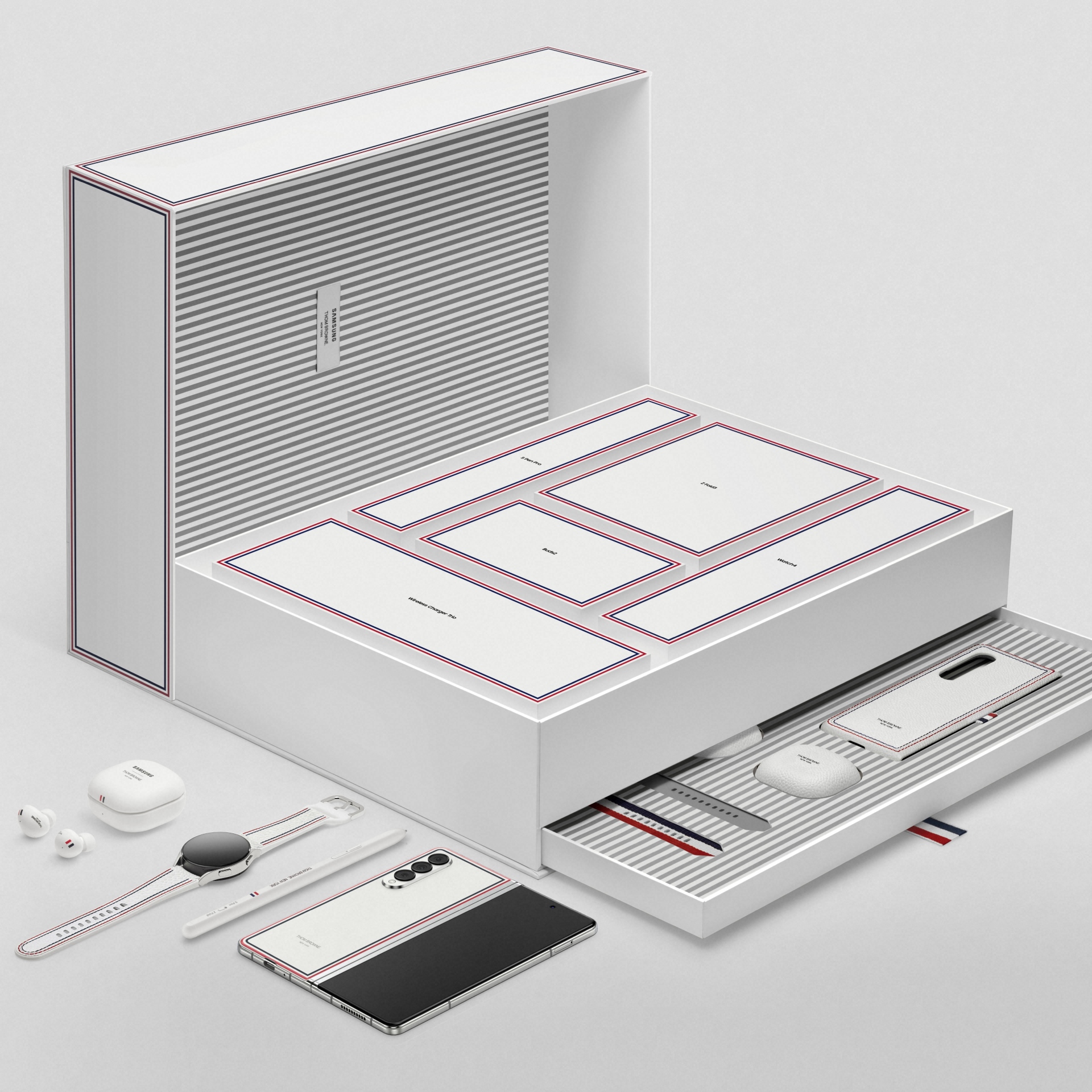 As expected, Samsung has bundled the new Galaxy Z Fold 3 and Galaxy Z Flip 3 Thom Browne Editions with various accessories and the company’s new wearables. But unlike last year when the Galaxy Z Flip and Z Fold 2 Thom Browne Editions were dominated by a gray background, this year, the predominant color across all products is white. Every item has blue and red stripes or elements, completing the fashion house’s iconic tricolor scheme.

Even the S Pen Fold Edition and the S Pen Pro are included in the Galaxy Z Fold 3 Thom Browne Edition, along with color-matching wireless charging pads for both phones. 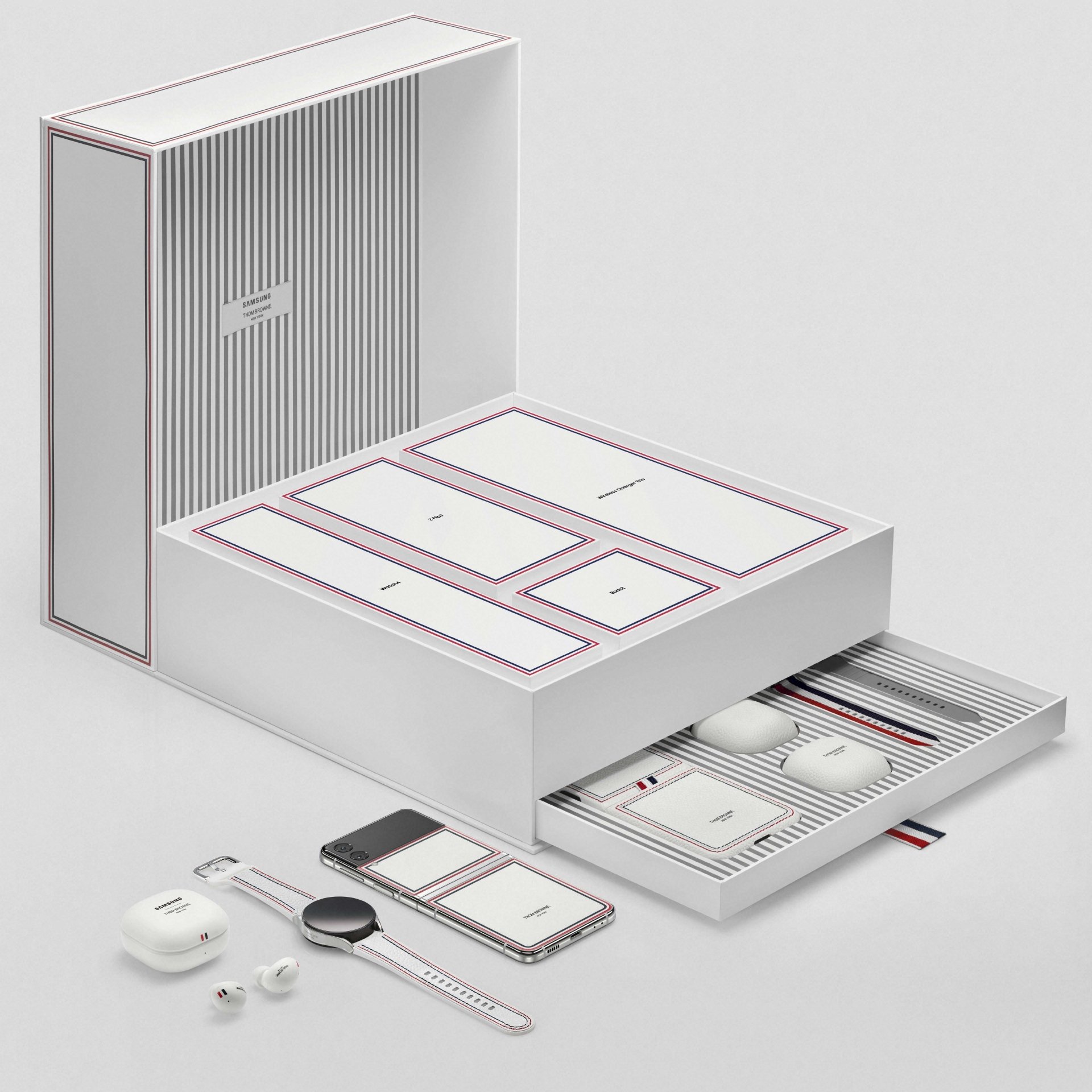