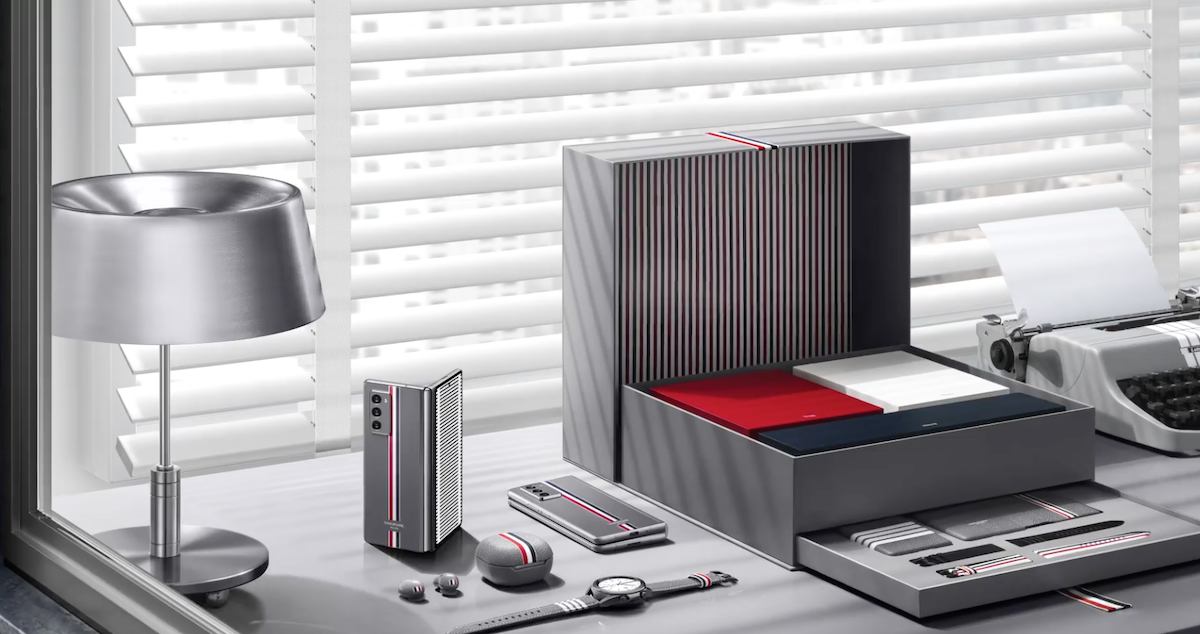 Samsung Thailand claims that the Galaxy Z Fold 2 Thom Browne Edition was sold out overnight. Indeed, the device is no longer in stock at Samsung Thailand’s online shop and it might never become available again. Samsung confirmed at Unpacked Part 2 that it will manufacture and sell only 5,000 Galaxy Z Fold 2 Thom Browne Edition units globally. The company hasn’t revealed how many of those 5,000 units were shipped to and sold in Thailand, nor has it confirmed whether or not this was the only batch.

The Galaxy Z Fold 2 Thom Browne Edition was offered on pre-order terms in Thailand for 109,900 Baht ($3,498). The package contains the Galaxy Z Fold 2 itself as well as the Galaxy Watch 3, a pair of Galaxy Buds Live, and a few other accessories, all of which come with the Americana striping.

If you’ve missed the opportunity to pre-order the Thom Browne Edition, you can still secure a standard Galaxy Z Fold 2 in Thailand for 69,900 Bah ($2,225). Samsung is reportedly making 800,000 Galaxy Z Fold 2 units this year so there should be plenty of stock to meet the apparent demand.

A fire broke out late Sunday night at a Samsung warehouse located in the Samut Prakan province in Thailand. Th …