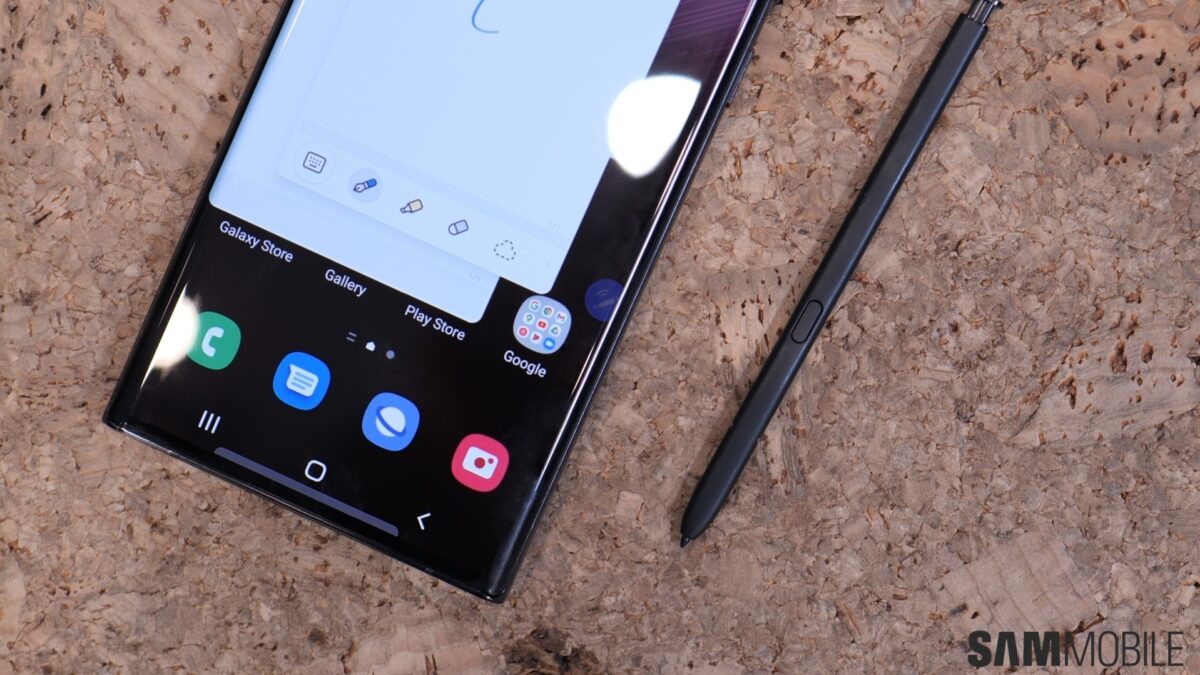 Earlier this week, we had reported some Galaxy S22 Ultra units showing an odd display issue. More such instances have come to light as more people have started getting their hands on their pre-orders. Now, Samsung has acknowledged the problem and promised to fix it soon.

Some Exynos 2200 variants of the Galaxy S22 Ultra are riddled with a bug that shows a horizontal pixelated line across the top portion of the display (where the clock widget is placed). This issue only occurs when the device is set to QHD+ resolution and Natural color mode. The line disappears as soon as the color mode is switched to Vivid.

Unlike what some people have been claiming, it appears to be a software issue since the pixelated line doesn’t appear all the time. It can be easily be fixed with a software update, and Samsung is already working on it.

If you have an Exynos #GalaxyS22Ultra pls check if your device is affected by this bug, too.
(Notice the graphic glitches/artifacts on lock screen clock.)
Seems to be a widespread issue now.
Reproduce steps in comments. pic.twitter.com/gjznCHTTX2

Samsung’s official forum moderator has announced that they’ve received an official word from Samsung regarding the display issue. The South Korean firm mentioned that it is aware of the Galaxy S22 Ultra’s pixelated line bug, which appears on the lock screen and YouTube video playback. The company said that it has already worked on a patch to fix the issue and that a software update will soon be released.

Until then, Samsung recommends Galaxy S22 Ultra users either drop the display resolution to Full HD+ or switch to the Vivid color mode. The bug will likely be fixed with the next software update that will be released to the Galaxy S22 series. 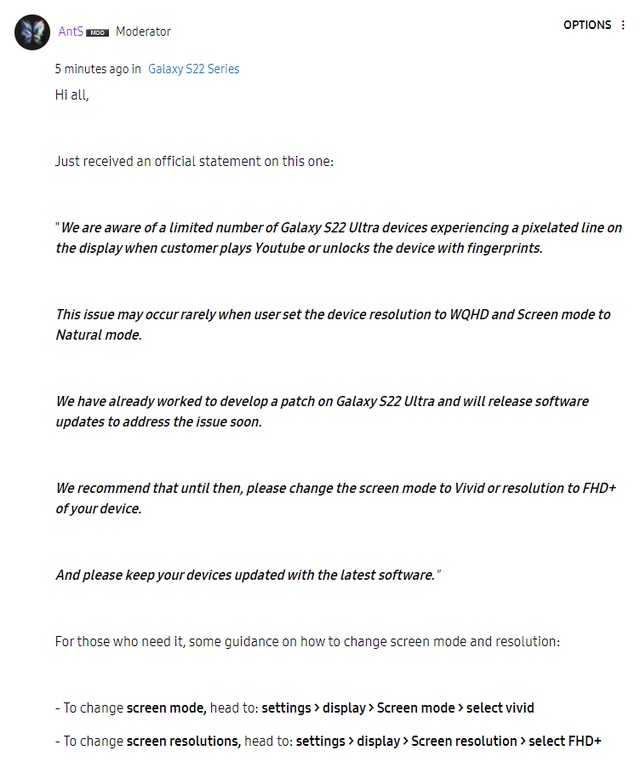