We had recently leaked all the important specifications of Samsung’s upcoming smartwatch. Ahead of its launch in July, the Galaxy Watch 3 is going through the necessary certification processes. After showing up in databases of regulatory agencies like 3C, CMIIT, FCC, South Korea’s NRRA, and Thailand’s NBTC, the upcoming wearable device has now passed through Bluetooth SIG’s certification.

Samsung seems to be skipping the Galaxy Watch 2 name for reasons unknown and choosing to launch the Galaxy Watch’s successor with the Galaxy Watch 3 name. The upcoming smartwatch will be available in 41mm and 45mm versions, and they will have 1.2-inch and 1.4-inch circular AMOLED screens, respectively. The display will be protected by Gorilla Glass DX. The watch will feature 1GB RAM, 8GB storage, and Tizen OS 5.5.

The Galaxy Watch 3 will come in stainless steel and titanium versions, and both variants will have a MIL-STD-810G compliant design and IP68 certification for dust and 5ATM water resistance. It will feature a heart-rate monitor, ECG, and sleep tracking. The watch will also feature a physical rotating bezel, similar to the Galaxy Watch. The 41mm version will have a 247mAh battery, while a 340mAh battery will power the 45mm version. 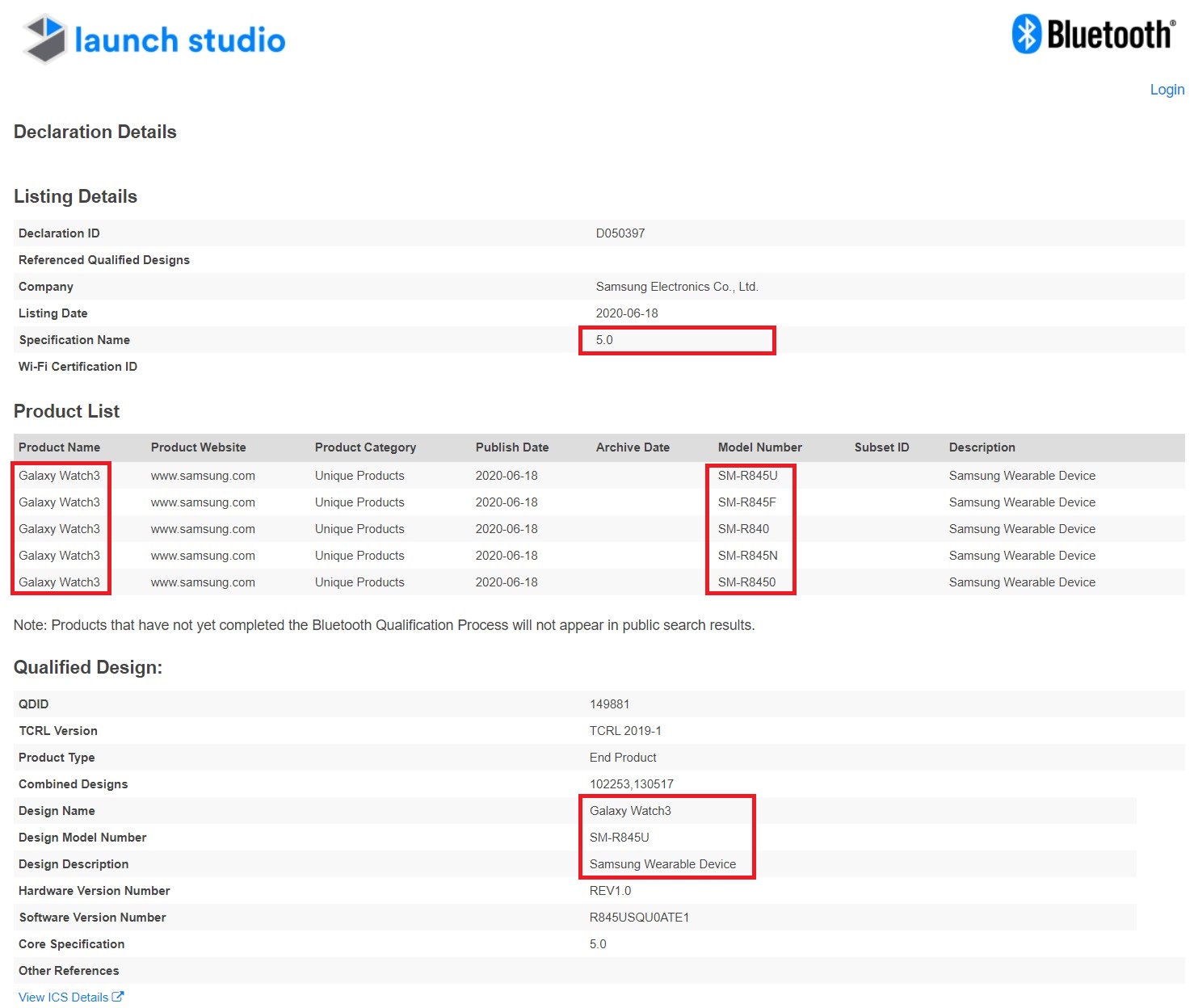