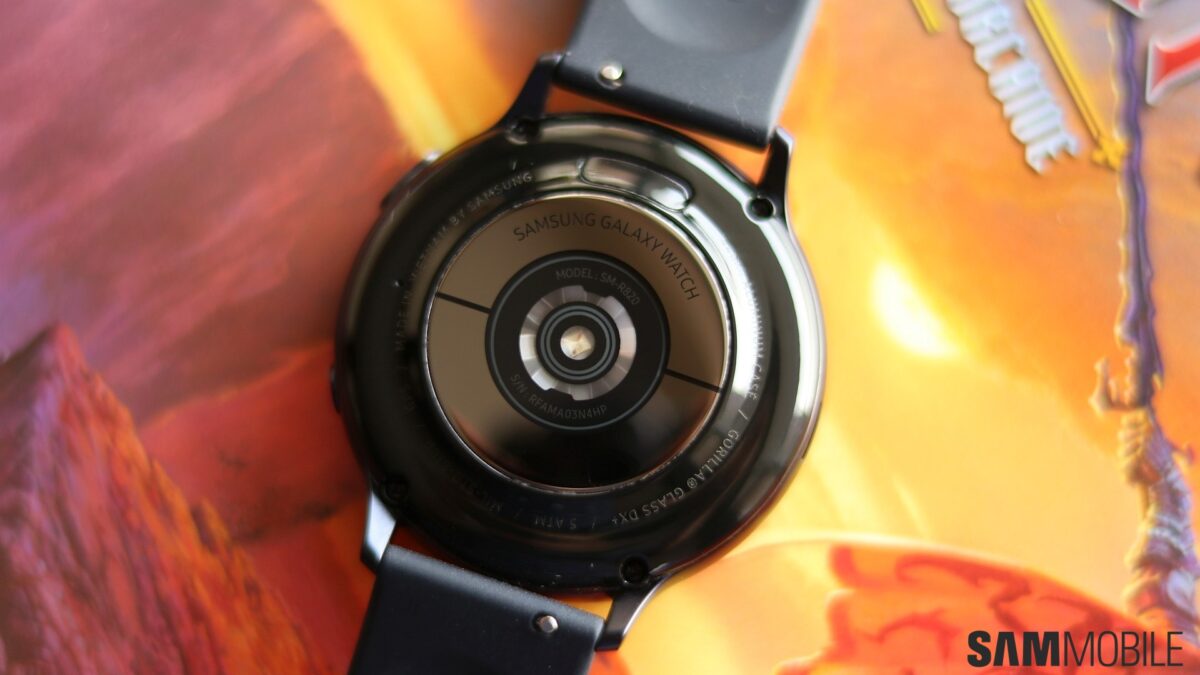 After picking up a key certification in China earlier this week, the upcoming Galaxy Watch reappeared in the database of another regulatory agency, namely the FCC. The next-gen Galaxy Watch bearing model numbers SM-R845 and SM-R855 got listed at the FCC earlier today with some interesting specs in tow. The model numbers correspond to the LTE variants, whereas the Wi-Fi-only models – which haven’t appeared at the FCC yet – should bear the model numbers SM-R840 and SM-R850.

These are the specs revealed by the FCC documents for the next-gen Galaxy Watch. The filings include a sketch of the smartwatch’s backside, confirming a circular design with a 45mm stainless steel case (this being the larger variant), Gorilla Glass DX, 5ATM and MIL-STD-810G, as well as GPS and LTE connectivity. Keep in mind that even though the FCC sketch mentions a stainless steel construction, the Galaxy Watch should also be released in aluminum and titanium, as reported exclusively by SamMobile last week.