This is the Galaxy Watch 3! 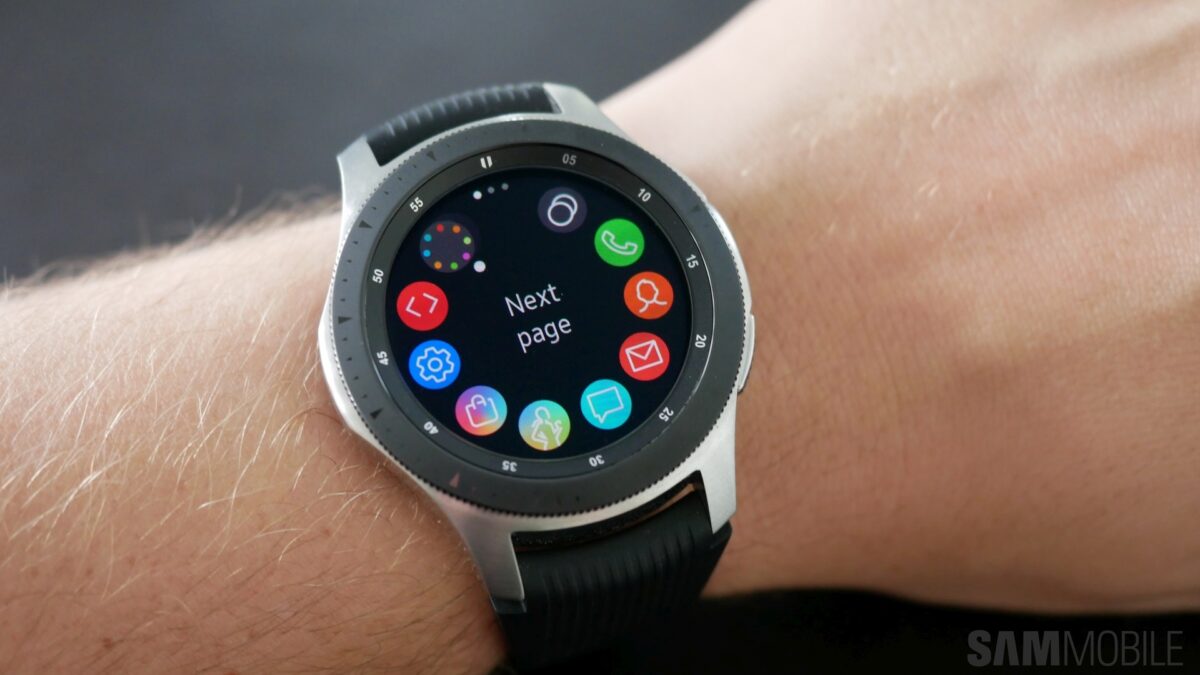 The 41mm and 45mm variants of the Galaxy Watch 3 have been certified by South Korea’s NRRA certification authority. As you can see in the live images below, the watch has a physical rotating bezel, just like its predecessor, the Galaxy Watch. However, the bezels seem thinner in comparison; no wonder, Samsung has been able to cram in bigger screens in relatively smaller cases. The upcoming smartwatch also has two physical buttons on the right side, similar to earlier Galaxy smartwatches, but there’s a change in their shapes.

The Galaxy Watch 3 will be released in 1.2-inch and 1.4-inch screen sizes. These two variants will measure 45 x 46.2 x 11.1 mm and 41 x 42.5 x 11.3 mm, respectively. Both variants will feature MIL-STD-810G designs and IP68 certification for dust and water resistance. They will come in stainless steel and titanium variants. Samsung’s upcoming smartwatch will have Corning’s Gorilla Glass DX protection. The smartwatch will have 1GB RAM and 8GB of internal storage.

In terms of sensors, the Galaxy Watch 3 will have a heart rate monitor with eight pulse-reading photodiodes, blood pressure monitoring, and ECG. It will likely have an accelerometer, barometer, and gyroscope as well. The 41mm variant of the watch will be powered by a 247mAh battery, while the 45mm variant will come packed with a 340mAh battery. It will run Tizen OS 5.5 out of the box. Samsung might unveil the watch in July, ahead of the Galaxy Note 20 series launch in August.