The third One UI 5.0 beta update for the Galaxy Z Fold 3 has been released in India. It comes with the firmware version that ends with ZVJF and comes with the November 2022 security patch. The new software mostly fixes bugs as well as performance and stability issues. If you have installed One UI 5.0 beta update on your Galaxy Z Fold 3 in India, you can now download the new version of the beta software.

The update changelog mentions that the issue related to audio not transferring to wireless buds when changing the source through Media Panel in BT Carkit has been fixed. The new Android 13 beta update also fixes the Talkback bug that didn’t translate the button label on the cover screen.

Some users complained about the wallpaper temporarily appearing smaller when unfolding the screen with the theme applied. Others complained about slower and sluggish performance as well as memory leak issues. Samsung has fixed all those issues with the latest software.

In the previous software, the taskbar disappeared when unfolding the phone after changing the swipe gesture on the cover screen. People also complained about the camera’s tracking autofocus not working, camera preview stuttering, and selfie camera punch hole appearing improperly in images. The phone’s software also crashed when receiving notifications from the Signal app. Samsung has fixed all those bugs.

Samsung also fixed the flickering issue that appeared in the video editor while editing super slow-motion videos. The phone also failed to focus on the subject while switching cameras in the Director Mode and failed to enter the AR Emoji mode on the cover screen. The new software has fixed all these issues. 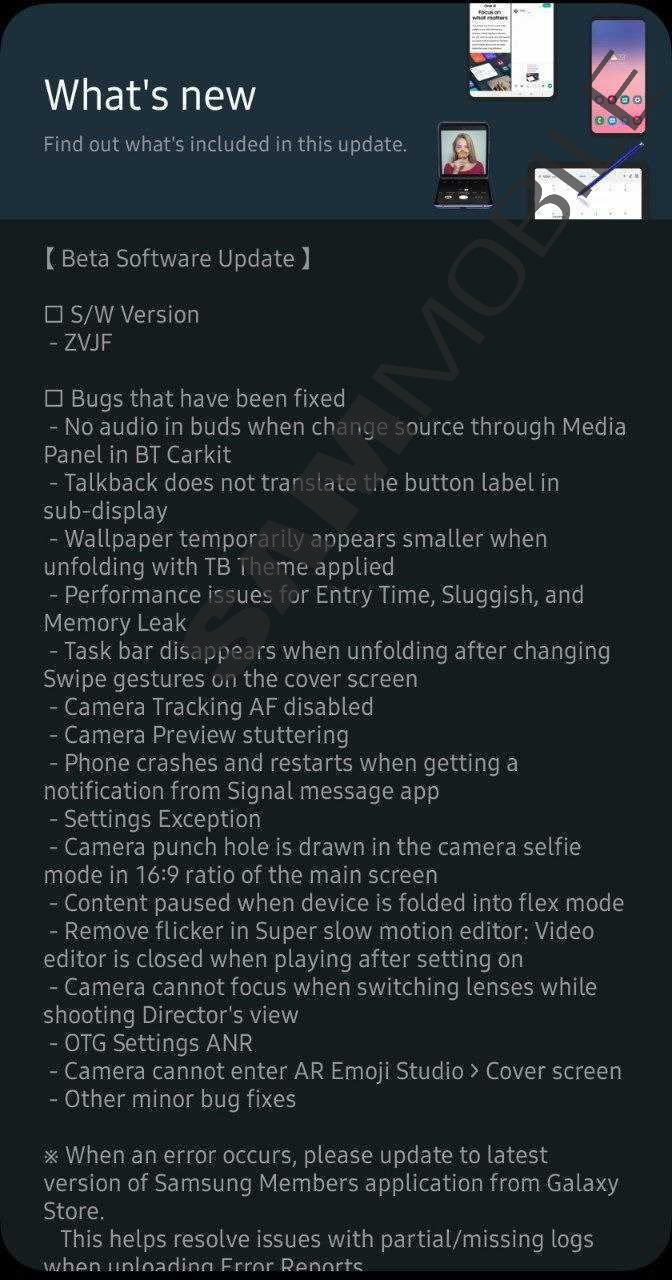