Samsung’s second-gen top-tier foldable phone is only a couple of weeks away from its official unveiling, but similar to the original Galaxy Fold, the so-called Galaxy Z Fold 2 has been kept tightly under wraps. Although the Galaxy Note 20 has already been exposed in numerous leaked renders, an aura of mystery continues to surround the Galaxy Z Fold 2 even if both smartphone models are scheduled to be unveiled on the same date.

Fan renders have explored the foldable flagship’s potential design before, but today is the day when an actual official render of the Galaxy Z Fold 2 may have hit the scene. Twitter leaker @ishanagarwal24 recently shared a render of the alleged Galaxy Z Fold 2 earlier today. It’s on the blurry side so it’s difficult to be certain of its validity, but it may have given us a first look at the foldable phone’s final design.

These characteristics are expected to define the evolution of Samsung’s foldable device, and blurry as it may be, the render at hand fully embraces these changes. More so, the device is depicted in the same bronze color that’s been ubiquitous in Samsung’s promotional material for Galaxy Unpacked 2020.

Sadly, even though the render at hand meets our initial expectations and doesn’t raise many suspicions, it’s still blurrier than we’d like and we can’t confirm its validity. It could be our very first early look at the Galaxy Z Fold 2’s actual design, or it could be just another fan render made to look as close to an official render as possible, with the blurriness filtering out any potential red flags.

Until a clearer render emerges before August 5, we advise you to exercise a bit of caution and stay on the safe side. But all these caveats aside, let’s assume for a moment that the render is indeed accurate, and if it is, do you think Samsung has done enough to push the Galaxy Z Fold 2 to the next level? We think it looks gorgeous with all the right design changes in tow, and it’s difficult not to let ourselves carried away. But again, we’ll have to wait a bit longer before we can be certain of anything. Share your thoughts in the comment section.

Update: as seen in the gallery below, the same source also posted a couple of thumbnails of the Galaxy Note 20, the Galaxy Watch 3, and the Galaxy Buds Live, all in the same bronze color and matching earlier leaks. This could mean that the blurry Galaxy Z Fold 2 render might indeed be accurate! 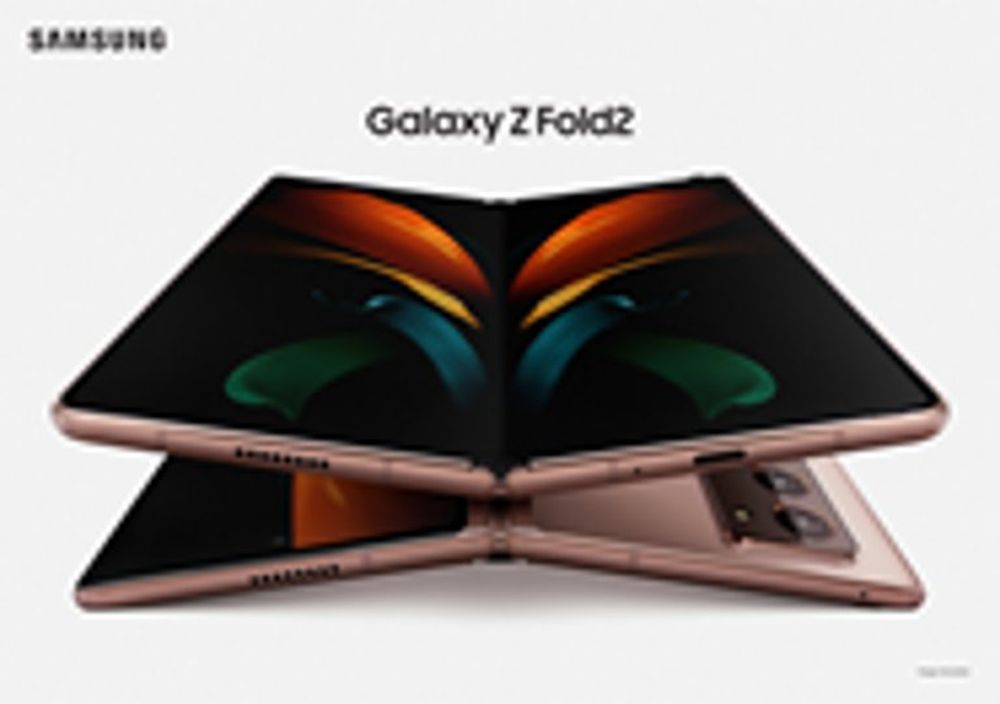