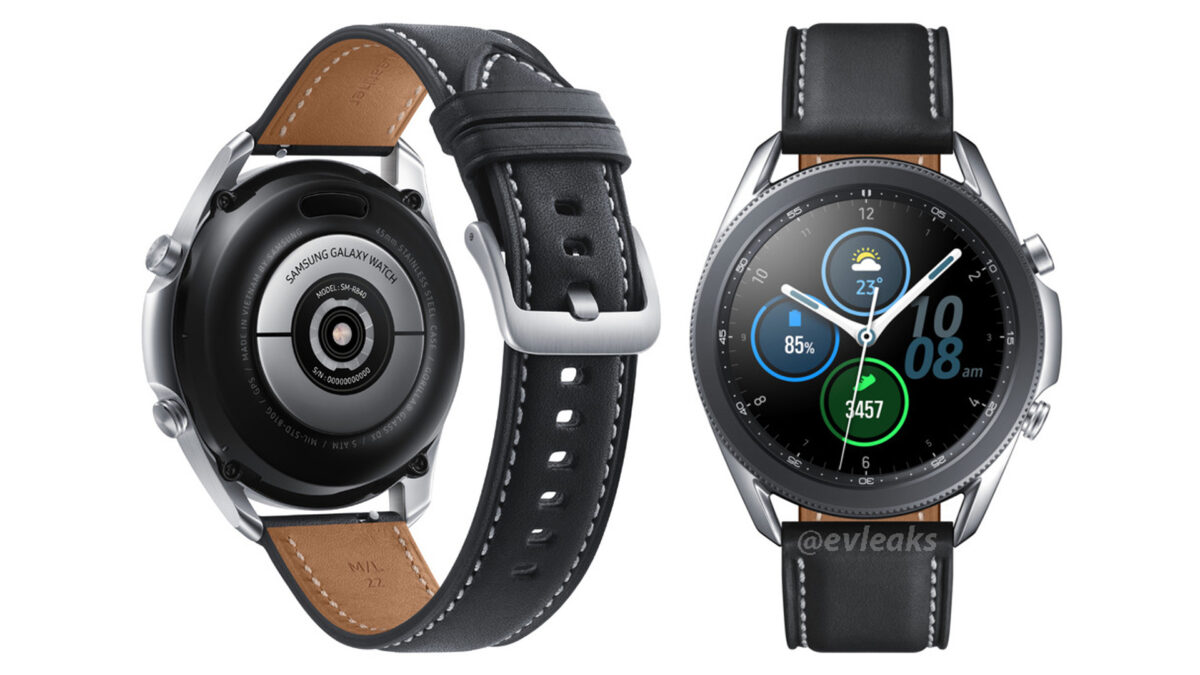 The variant of the smartwatch (SM-R840) that’s visible in the image is the 45mm version with a stainless steel casing. The heart rate monitor and the 22mm leather band are also visible in the leaked image. The Galaxy Watch 3 also features a physical rotating bezel, something that we had exclusively reported last month, and two buttons on its right side.

The smartwatch’s casing also reveals the presence of GPS, an MIL-STD-810G compliant design, 5 ATM water resistance, and Gorilla Glass DX protection. There also seems to be a new watch face that displays time in analog and digital forms, battery charge level, weather, and steps taken. The Galaxy Watch 3 will also be available in a titanium variant.

The 41mm version of the upcoming Galaxy Watch will be powered by a 247mAh battery, while a 340mAh battery will power the 45mm variant. The Galaxy Watch 3 will also feature wireless charging, NFC, and Samsung Pay. While the image doesn’t reveal a loudspeaker, we expect the smartwatch to have it for voice calls and voice responses from Bixby.

Update 1: Another press render of the Galaxy Watch 3 has been published on Twitter by Evan Blass (@evleaks), and it shows the complete front design of the smartwatch. An image that shows the all-black finish has also been leaked.

Update 2: Evan Blass has published another image of the Galaxy Watch 3. This time, it’s the 41mm version of the Bronze variant of the smartwatch.