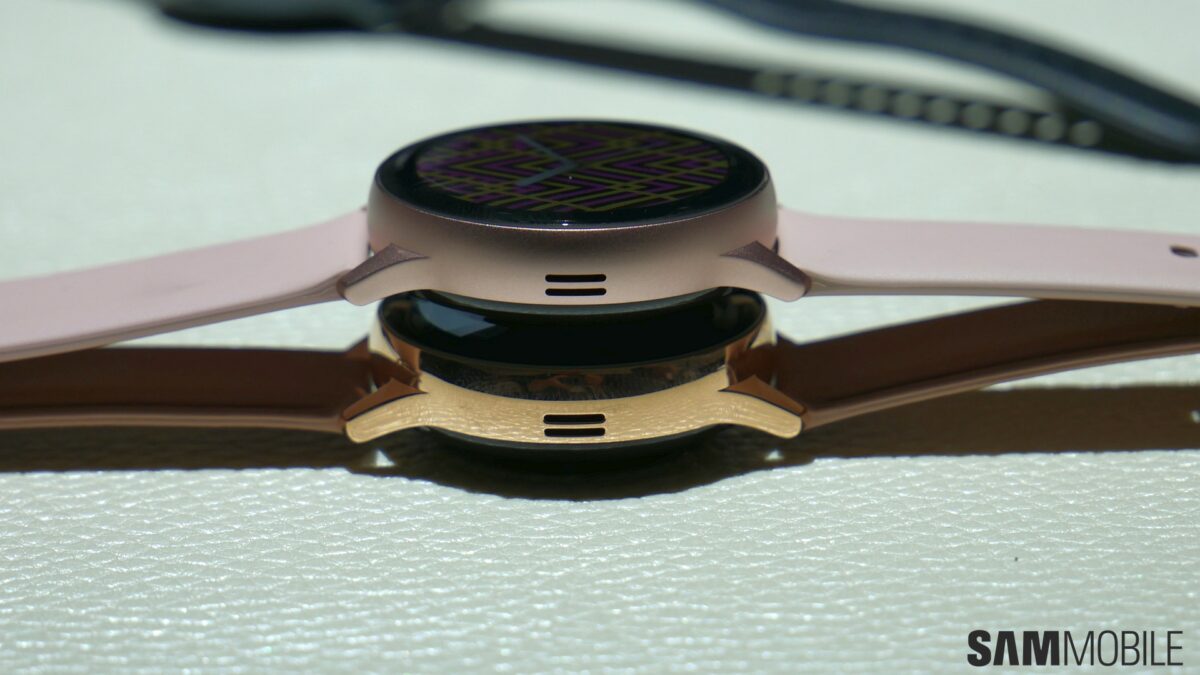 It was less than a month ago that we first heard that Samsung is working on a new Galaxy smartwatch. The absence of any leaks means there’s little chance that this new smartwatch will launch in the near future. It will probably make an official appearance alongside the Galaxy Note 20 in the second half of 2020, but we will certainly get a lot of details about the watch ahead of its unveiling, as is customary for all the mobile devices that Samsung launches each year.

Late last week, we revealed that the next Galaxy smartwatch will come with 8GB of storage. Today, we can confirm a couple of more details. This new watch will have a variant made of stainless steel, just like the Galaxy Watch Active 2. And, like the Watch Active 2, the new Galaxy watch is going to come in three colors: black, silver, and gold. It seems the stainless steel variant is only in development in silver and gold, though this could change later down the line.

Unfortunately, if you were hoping for confirmation on whether or not Samsung’s next smartwatch will have a physical rotating bezel, we’re afraid we don’t have anything to tell you. That mystery probably won’t be solved until renders or real-life pictures of the watch leak online. And since that usually happens a lot closer to the product’s official launch, we may be waiting a while to find out if Samsung is developing a Galaxy Watch 2 or a Galaxy Watch Active 3.

Details like the screen sizes and battery capacities will likely be revealed sooner, though. We know the watch is being made in two sizes (each with Wi-Fi and LTE variants), and the battery capacity for the smaller one is rumored to be 330 mAh, which is a lot higher than the 247mAh battery on the 40mm Galaxy Watch Active 2. In fact, bigger batteries seem to be the theme this year for Samsung, with the upcoming Galaxy S20 series set to feature notably larger batteries than the Galaxy S10 lineup.