A couple of months ago we exclusively reported that Samsung has started working on the 2017 lineup of the Galaxy A3, Galaxy A5 and Galaxy A7. We’re gradually hearing more information about these handsets as the release draws near with each passing day. The Galaxy A series is due for a refresh as it has been nine months since the existing handsets were launched. The top-of-the-line model in this lineup will be the Galaxy A7 (2017). It has now surfaced on AnTuTu where some of the handset’s specs have been revealed. 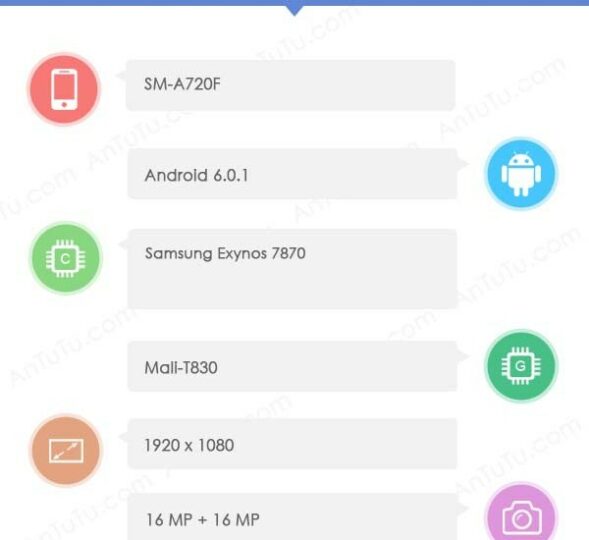